Each Thursday we look at what is going to be coming out in theaters this weekend, show you the trailers for the big releases, predict the box office winner and just generally give you enough of a carrot to pull you through the rest of the work week.  August is a time where you hope a movie comes along and becomes a critical surprise, and we have that this weekend in addition to the usual August dumping ground material. 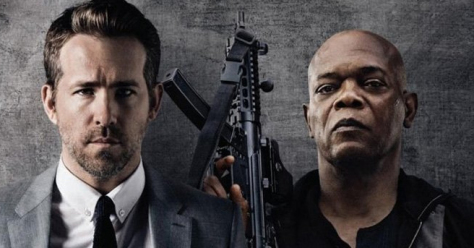 Steven Soderbergh came our of his (third?) retirement to direct Logan Lucky, which seems very much in the vein of his Ocean’s trilogy.  Starring Daniel Craig, Andrew Garfield, Adam Driver, and Channing Tatum among others, the NASCAR race heist film is at 92% on Rotten Tomatoes at time of writing.


The Hitman’s Bodyguard has the star power of Ryan Reynolds and Samuel L. Jackson in what is a pretty traditional August action film.  It’s getting largely panned by critics, but coming off of Deadpool, Reynolds is very hot and his star power may be enough to trump reviews.

HOW DID WE DO LAST WEEK?
KT picked Annabelle: Creation to open well (for August) because as we said, never underestimate bored horror fans.  The fourth film in The Conjuring Universe exceeded expectations with a $35.1 million haul, knocking Dunkirk down to second with $10.9 million.
(2017 Prediction Record: 29-4; Lifetime prediction record 67-9).

WHO WILL WIN THE WEEKEND?
With the reviews Logan Lucky is getting, you’d think it would easily take the weekend, but early tracking has it barely making $10 million.  I think the battle is between a repeat for Annabelle and how much the star power of a Jackson/Reynolds team-up can gin up in what looks like will be another quiet weekend at the box office.  Unless word-of-mouth for Annabelle: Creation is really good, I think The Hitman’s Bodyguard will take the weekend, but if I was heading to the theaters it would be for Logan Lucky.