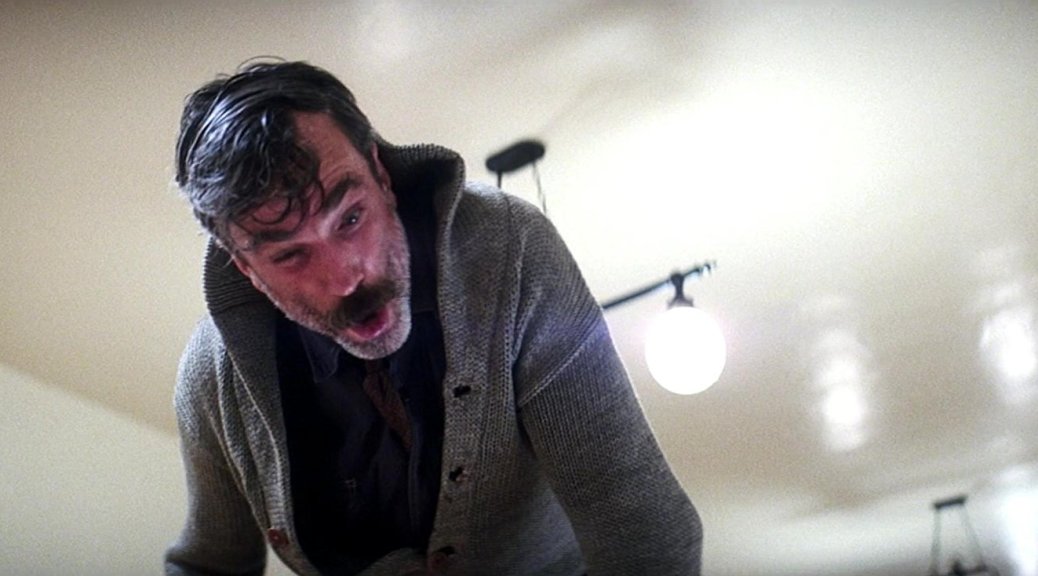 To be clear, I think, as a whole, There Will Be Blood is an extremely dull movie.  I don’t like Paul Thomas Anderson.  I think he’s self-indulgent and I’m not the kind of cinephile that can try to find deep meaning in five minutes of just watching someone walk around land staring at it.  Looking for oil.  Got it.  Let’s get to the next time Daniel Day-Lewis is onscreen.  Just when you though Gangs of New York’s Bill the Butcher couldn’t be topped for scene chewing lunacy, Day-Lewis gives us Daniel Plainview: an oilman, alcoholic, and amateur bowler.


Whether you like or hate There Will Be Blood the thing everyone took away from it was the final scene, in which Plainview explains to Paul Dano’s character how he’s completely stolen any oil that might have been on his church’s land using possibly the best metaphor in movie history: the milkshake monologue.  Then he beats him to death with a bowling pin, but that’s less funny.  The milkshake speech itself isn’t even that funny the first time because of the spell Day-Lewis casts over viewers, but upon subsequent viewings, became a 2007-2008 cultural phenomenon.  I did the milkshake speech until my wife threatened to beat me to death with a bowling pin.  Fortunately, there were already people online working on making weird remixes of the scene (some of the best set to the hip hop song “Milkshake”), and I’ve included just one to remind you that great scenes can come out of dull movies and take on a weird milkshakey life of their own.