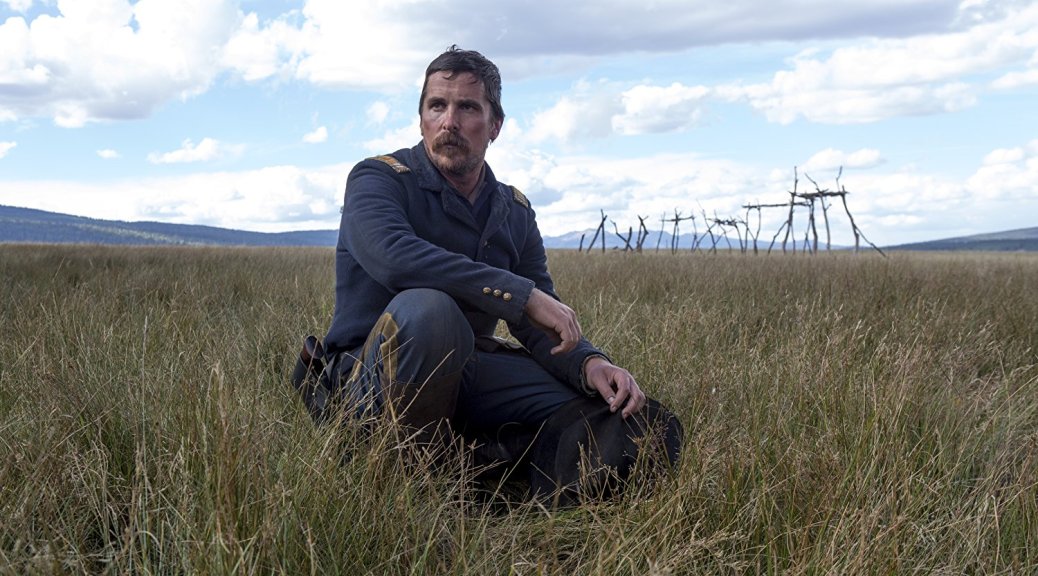 Scott Cooper has turned to another venerable American genre, the western, for Hostiles, the raw and compelling tale of an embittered and battle-hardened US Cavalry officer ordered to accompany a Cheyenne war chief and his family back to their tribal lands in Montana. The flinty-eyed Captain Blocker (Bale) has seen more than his fair share of violence and bloodletting on the frontier, but this mission, which he is forced to accept, is a particularly bitter pill to swallow: Chief Yellow Hawk (Wes Studi) has been his mortal enemy for years due to a conflict that killed many of Blocker’s friends. The Chief has also lost friends in the conflict.

Setting out through dangerous territory, much of it inhabited by hostile tribes, the small band of soldiers and Cheyenne navigate the beautiful prairies and wilds of the west, while facing a series of challenges. Blocker — much like John Wayne’s character in the John Ford classic The Searchers — is a racist, a man who harbours a deep hatred towards the former prisoners now placed in his care. As the challenges mount, Blocker is forced to confront his own bigotry while carrying out his orders. To complicate matters, the ragged party is joined by a stricken widow (Rosamund Pike) who has just seen her family massacred in a raid.

Hostiles cuts relentlessly into the complex, troubled relationship between those who have lived on this land for centuries and the white intruder, posing the question: is reconciliation possible?

Hostiles is set to be released on December 22nd. 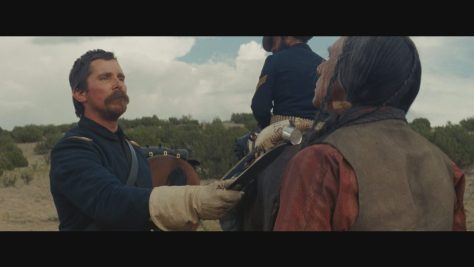