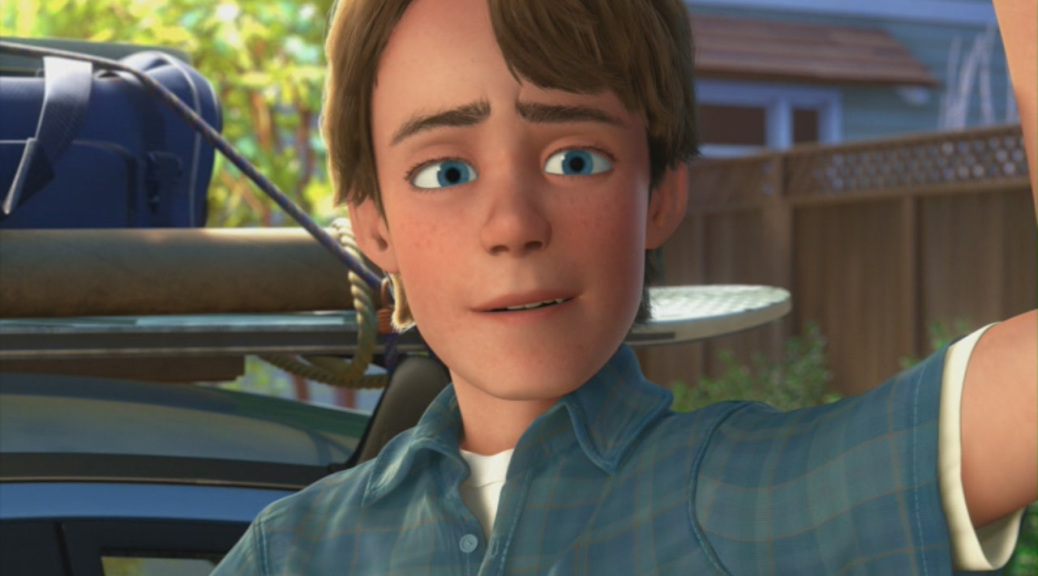 Toy Story 3 ends cinema’s most flawless trilogy with a scene that caused a literal worldwide outbreak of man tears.  I’ve quoted this article before, but if you don’t believe me, The Telegraph did a piece on how the ending for Toy Story 3 was causing hordes of men around the globe to walk bleary-eyed into theater columns mourning the loss of the childhood friends.  Why though?  What is it about this simple scene of Andy giving Woody, Buzz, and the gang to a little girl roughly the age he was in Toy Story that punches us so hard?  It’s loss.  It’s grief.  It’s a shared remembrance of these objects (who we knew could talk long before the first film), and how they’re totems of a sort for our childhood.

The scene itself couldn’t be a more beautiful or fitting end to Andy’s time with the toys (which, sigh, yes are returning for Toy Story 4 in 2019).  Heading off to college, Andy has a box filled with the cast of these films headed for donation, when he sees a little girl playing with hers, and decides this is the right home for his friends.  Watching him show her how he plays with them, and then realizing what they really mean to him before he gets in his car to drive off to the next chapter in his life just crushes me.  I think most men who grew up with favorite toys, kept a few on their shelf even long after they’d stopped playing with them, and then finally one day had to reconcile them with adult life relate to acutely to this moment.  These weren’t our toys.  They were what we held when we were scared, when life made no sense.  They asked nothing and provided a constant presence of love and companionship throughout our childhoods.  Parting with them isn’t a small thing; it’s a demarcation line in our development.  It’s giving up a reliable comfort to someone who might now need it more.  I think that’s why it made normally stoic males have to be carried to their car by their children they took to a Pixar movie.  Because this is exactly what Pixar does best: it finds the simple emotions the transcend age and makes them simply accessible for all audiences. 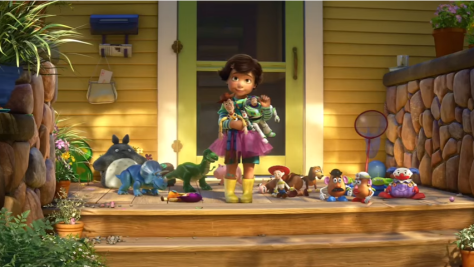