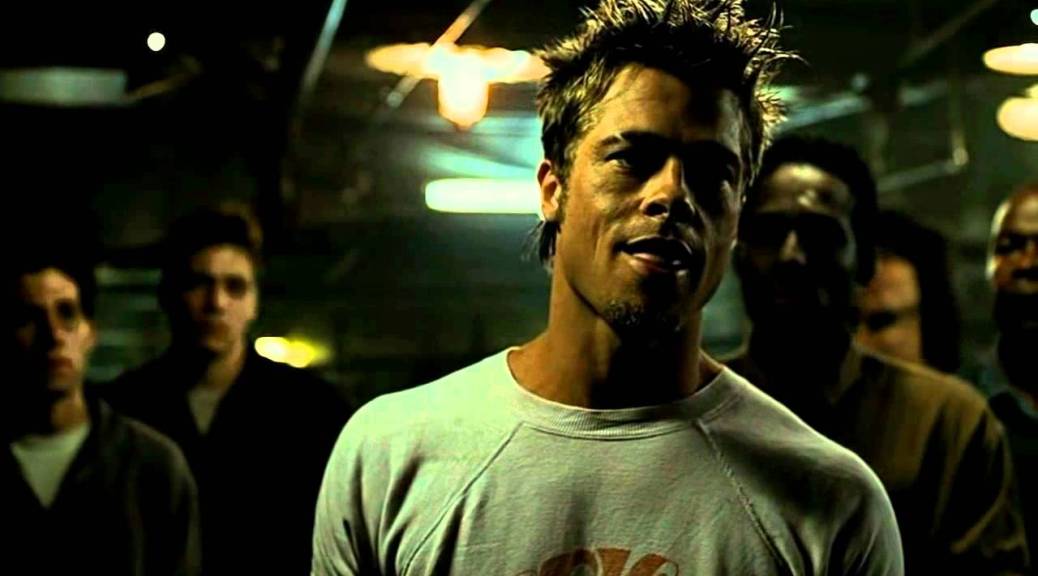 “How much can you know about yourself if you’ve never really been in a fight?” Brad Pitt asks it of Edward Norton shortly after they meet, and people (particularly men) have been asking each other the question ever since David Fincher’s 1999 anarchic masterpiece was released.  Based on the equally (and oddly quite wise) novel by Chuck Palahniuk.  Fincher’s film is a unique and insightful look at the societal neutering of the American male.  I’m going to write this from the standpoint of one…since that’s what I happen to be.  Men are hard-wired for aggression.  We want to punch stuff.  We like to see things blow up, destroyed, and laid low.  We’re hunter-gatherers at our core.  Now we spend 40 hours a week in a sea of grey cubicles, and our weekends at Bed, Bath & Beyond.  There’s something missing.  We’re missing a key part of ourselves and it manifests in bottles of whiskey and Prozac.  We don’t know ourselves, because most of us haven’t been in a fight.  That’s why Fight Club (which didn’t do well in theaters) became a cult sensation.  It touched a nerve with men.  It was a revelation.
END_OF_DOCUMENT_TOKEN_TO_BE_REPLACED