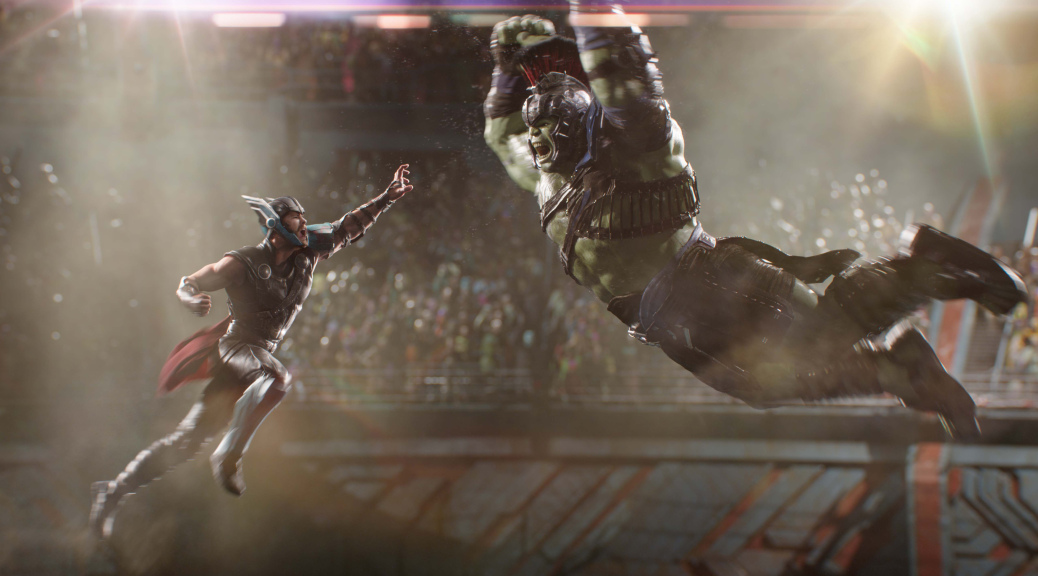 
The best fights have either been the ones that were deeply personal (Tony, Cap, and Bucky in Civil War or Cap and Bucky in Winter Solider) or were just flat-out battles your inner nerdgeekdork wanted to see (Thor and Hulk in Thor: Ragnarok).  The villains in MCU films are rarely the point, but this list was published before Black Panther was released, and I wonder if the Panther/Killmonger fight would have made the list if they had to do it over.  WM also considered the MCU’s TV entries and, as no surprise, there’s an iconic fight from each season of Daredevil that justly makes the list.  It’s rare in the MCU that the heroes fighting each other isn’t more interesting than a villain showdown.  I doubt that’s going to be the case when the entire MCU comes for Thanos and his Black Order, but we’ve only got to wait 3 weeks to find out.  So were there any glaring throwdown omissions for you on WM’s list?