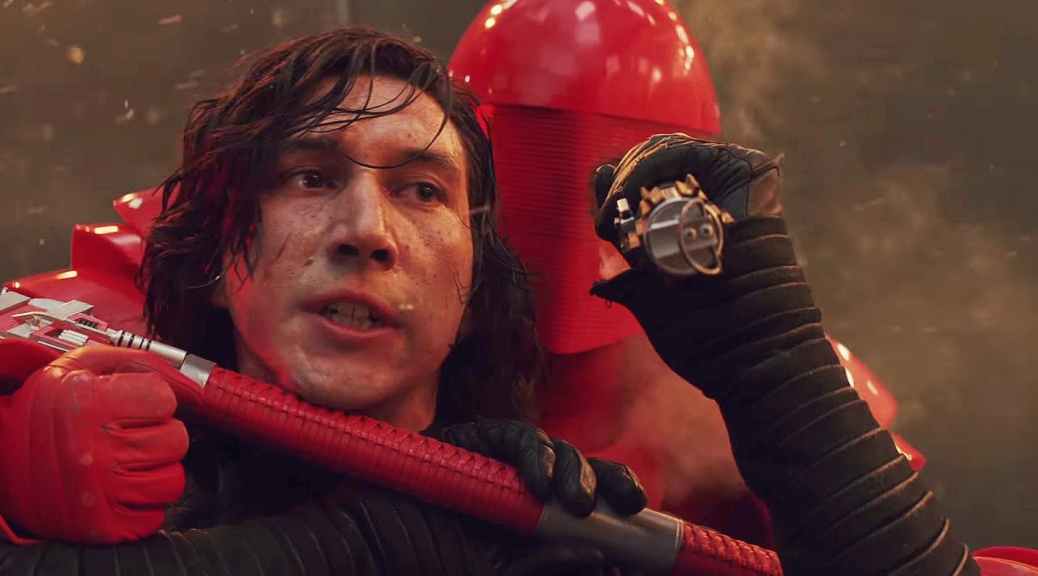 Six months removed from the release of Star Wars: The Last Jedi, fans have some perspective but little direction.  For a film that did so well at the box office, it sure vanished off the cultural and geek landscape quickly.  After The Force Awakens, people were still buzzing about the film a year after its release.  Most fans I know put it behind them, or are looking to JJ Abrams to somehow make sense of Rian Johnson’s film in Episode IX.  Not even Star Wars fans seem very pumped about Solo’s release this week.  Whether you thought it was brilliant (which passes my understanding) or, like me, thought it was an incredible misstep that broke characters and plot lines irredeemably, the point of these columns is to highlight the best of a film.  Maybe the thing about The Last Jedi that most frustrating is that there is enough coolness in it to not be able to hate it straight out.  However, in every bit of greatness in the film there’s something embedded that makes nitpicking Star Wars fans (and we do love to nitpick like no others) wince.

I think the coolest, most iconic new characters introduced in TLJ were Snoke’s Praetorian Guard.  They’re a visually arrested evolution of Palpatine’s Royal Guardsman.  The fight between them and a briefly aligned Rey and Kylo Ren is the best action piece of the film (and the closest to a real lightsaber duel the film contains).  I absolutely love everything about the Praetorians…except that this bit of film is all we’ll ever see of them.  The fight takes place in the wake of Snoke’s shocking death.  Shocking both because it happened period and because we learned absolutely nothing more about this figure who assembled a force on par with the Empire’s.  Whoever Snoke was, Luke, Han and Leia knew him.  He was close enough to their circle at some point to twist Ben to the Dark Side.  Whoever he was; he mattered.  Except Rian Johnson didn’t like the character or the Knights of Ren concept, which is why the Praetorians were put in place to begin with, and Snoke was snuffed.  There are dozens of places in the film where Johnson just shows utter disregard for his film’s place in the Saga’s continuum, and if the film had a resounding message it was that Johnson didn’t think any other Star Wars film but his mattered.  So, yes, this is an incredibly cool scene….BUT….you can’t watch it and not start to spiral out into “what ifs?” and “whys?”.  It’s more enjoyable in a vacuum.  Like The Phantom Menace and Attack of the Clones, it’s easier to pull the cool scenes out than re-watch it wholesale.  I’m afraid that neither of those films, botched as the were, did half as much damage to the franchise in the long run as The Last Jedi will.