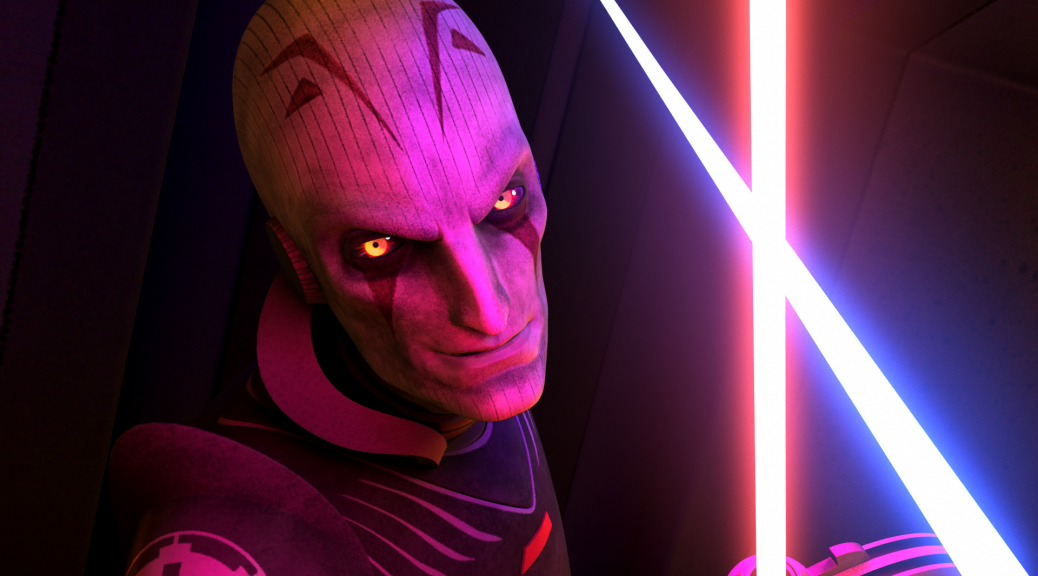 Star Wars: Rebels is over now.  The fourth and final season of the animated series aired earlier this year, and Dave Filoni & Co. are moving on to tell the stories leading up to the events of Star Wars: The Force Awakens in their next series – Star Wars: Resistance.  Rebels continued the excellence begun in The Clone Wars, and the two series were largely responsible for keeping Star Wars fandom alive in the period in-between Episodes III and VII.


One of the best innovations Rebels brought to Star Wars canon was the introduction of the Inquisitors into the lore of the Empire.  While Darth Vader spearheaded the destruction of the Jedi, it was always a little far-fetched that even Vader could have wiped out the remnants of the Order with no help.  The Inquisitors were Vader’s hand in dealing with threats to the Sith monopoly on Force dominance.  The Grand Inquisitor (voiced by Jason Isaacs) was a great first “big bad” for the series, and his final showdown with Kanan and Ezra is another stellar lightsaber duel to add to the highlight reel from Filoni’s time as Star Wars Animation Czar.

10 thoughts on “My Favorite Scene: Star Wars Rebels Season One (2015) “Kanan & Ezra vs. The Grand Inquisitor””