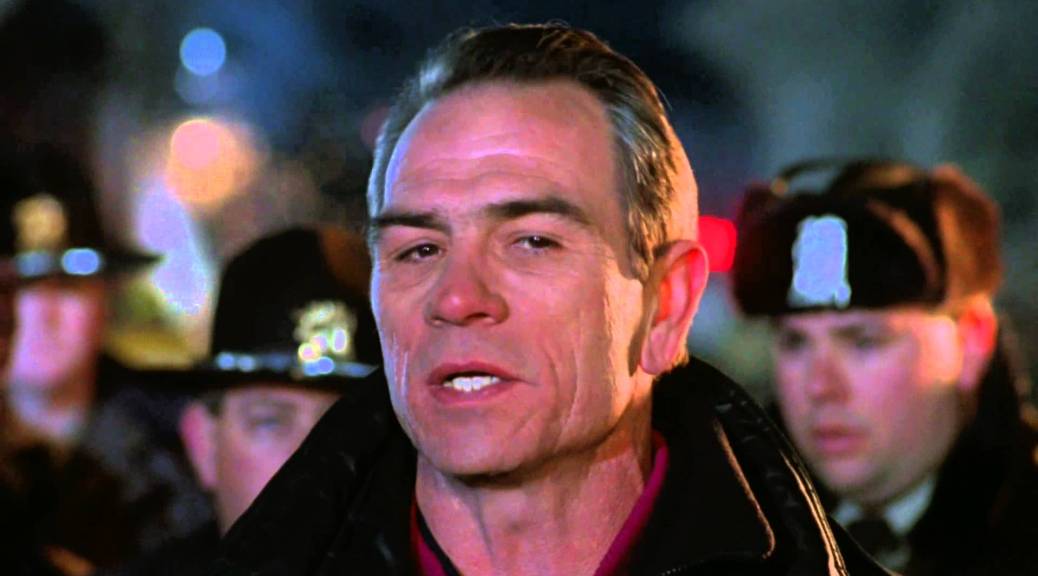 The only Oscar Tommy Lee Jones has won is for his portrayal of US Marshal Sam Gerard in The Fugitive. Nearly 25 years after its release, the film still stands as one of the best action-adventure movies of all-time. Film adaptations of television series are almost uniformly disastrous, but The Fugitive honored the spirit of the 1960s drama, while giving the film a deep humanity. Harrison Ford gives one of his best “action film” performances, and Tommy Lee Jones stole this movie like he was the inside man on a heist. When the film got a sequel (an awful sequel), it was Jones who was featured, not Ford. Upstaging Harrison Ford at the peak of his prowess is no small feat. Jones gave the kind of performance that grabbed the audience by the throat. You could not wait until Jones was back on-screen, no matter how good Ford was as the wrongly accused Dr. Richard Kimble. All it took was for Jones’ US Marshal to amble on-screen, look calmly around the aftermath of Kimble’s escape, and then bark this commanding, funny, compelling and stage-setting set of instructions to every law enforcement officer in the awed gaggle that surrounded him. A great script, some iconic action pieces (the escape, Kimble’s near-suicidal leap, etc.), and Ford showing up with his A-game would have made The Fugitive a really, really good film. Tommy Lee Jones made it a classic. 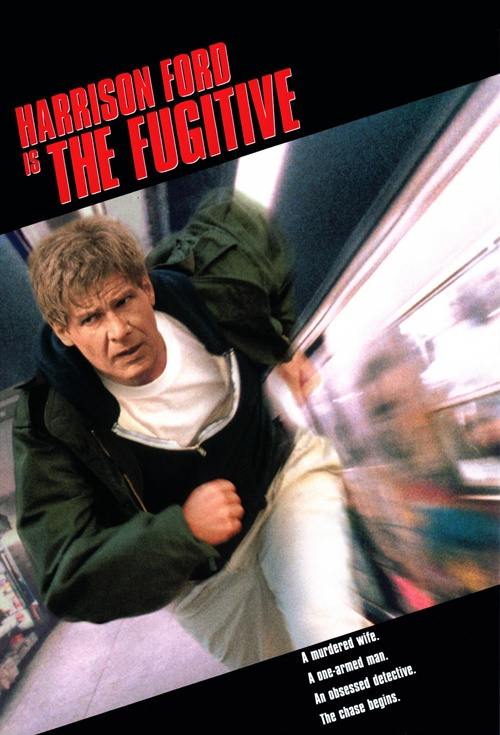 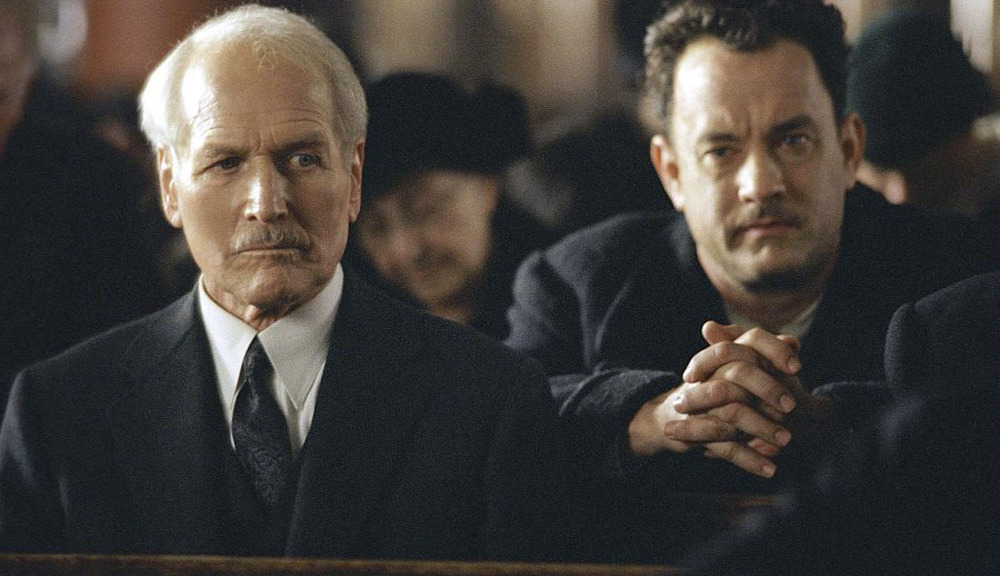 Road to Perdition is one of my favorite films, period.  It’s also one of the most criminally underrated and overlooked films of all-time and Paul Newman’s last performance in his peerless career.  To give context to those who may have not seen the film (and it’s worth buying because you’ll watch it again and again; perhaps even with the sound off just to marvel at the best cinematography I’ve ever seen in a motion picture) this is a quiet scene.  My favorite scenes in movies tend to be ones between two characters, beautifully written, paid for-and given extra weight by-the bigger and louder scenes that surround it.  Perdition is about a mob hit man (Hanks) who goes on the run from the mob boss who raised him (Newman) after the hit man’s young son witnesses one of his assassinations.  After gunfire, chases, and chaos, Hanks slips into Newman’s church and asks to talk one last time.  This is their conversation.  Not only is it beautifully dialogue brilliantly delivered, it is, in a larger sense, a passing of the torch.  Newman, the greatest actor of his lifetime, passing the torch to Hanks, arguably the greatest of his.  It is the pivot point in a film about fathers and sons, to watch this foster father send away his preferred child in favor of his biological one.  Both know the next time they see each other, one is going to die.  Scenes simply don’t get better than this. 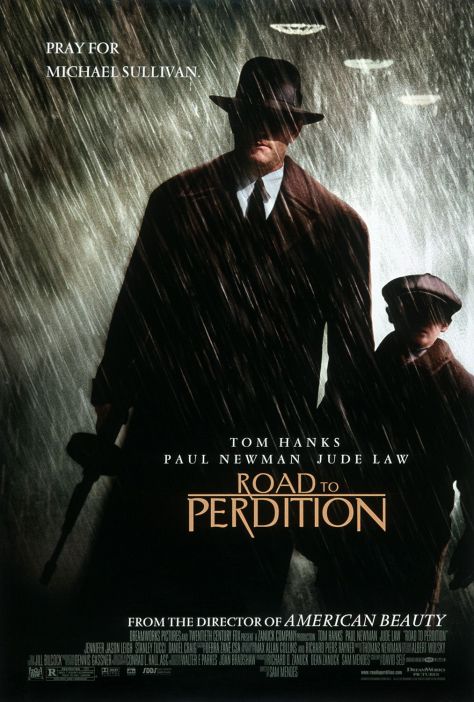 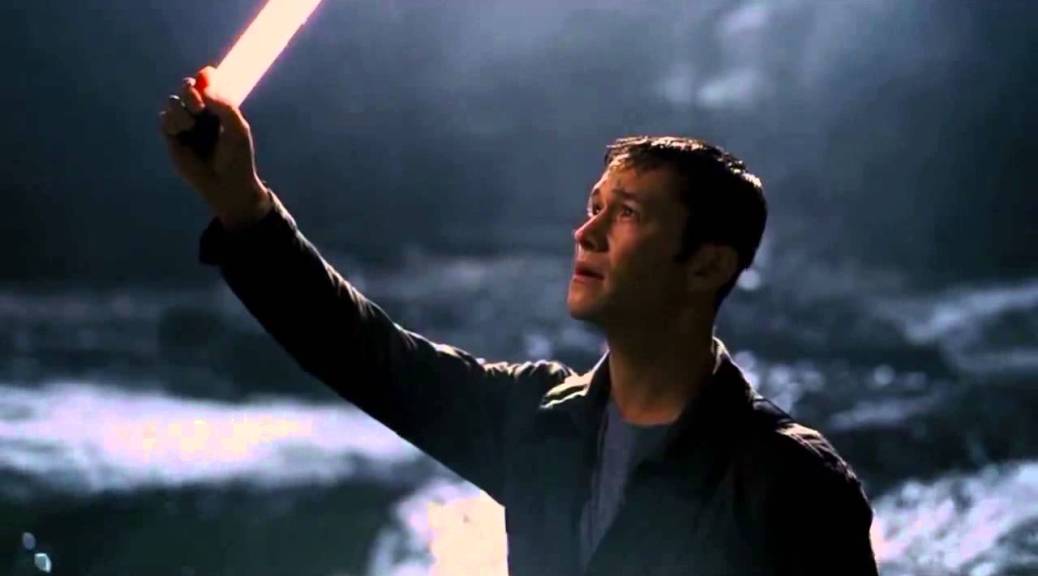 If Chris Nolan knows how to do one thing it’s end his movies with a punch. There’s a “Nolan Formula”.  Open strong.  Slap your audience across the face immediately and invest them.  But most importantly of all: stick the landing.  He actually writes the ending of his movies first and works backwards and that’s brilliant.  Because how many times do you leave a theater saying, “Man, that was good but that ending?”  Here, with very little dialogue other than the passage read from A Tale of Two Cities at Bruce’s funeral and underscored by Hans Zimmer’s powerful score, are moments, subtle hints that only they would know that Bruce is still alive somewhere.  I love the smile on Morgan Freeman’s face and Gary Oldman wildly watching the sky when he finds the new bat signal.  I wept at the wordless reconciliation between Alfred and Bruce; Father and Son.  And then Joseph Gordon-Levitt, who nearly stole the movie, throws the fans a Robin card in a way that’s not at all cheesy or pandering.  Then he picks up a bag Bruce left him and finds the Bat Cave and as he rises to the suit, the movie ends and Batman Begins.  Full circle.  Masterful storytelling. 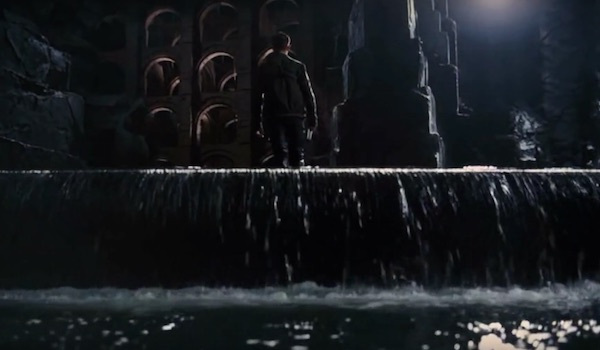 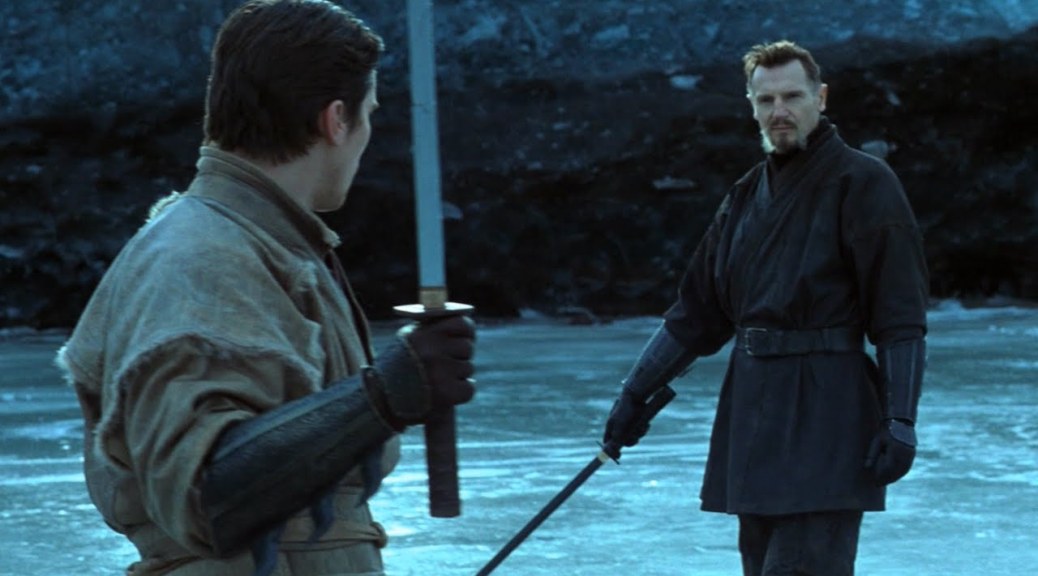 Last week we started off in the middle of the Dark Knight trilogy, so I thought we’d bookend it the next two weeks.  This scene, most often called The Will to Act, showcases Chris Nolan‘s ability as a director to impart motivation and information in massive doses without it ever feeling like it’s shoved down the audience’s throat.  In four minutes you go from Bruce Wayne flashing back to how he felt after his parents’ funeral, to a nearly completely trained Batman.  The hows, wheres and whys of many of Batman’s tactics are imparted with a matter-of-fact logic, and the framing device is a sword fight.  The sword fight on the ice.

Two behind the scenes notes on this.  The scene was shot in Iceland on a real lake that was thawing as the crew shot it.  The day after filming, all that ice was gone.  Also, in the campfire that ends the scene (which in retrospect offers a whole lot of information relevant to Dark Knight Rises) Ras tells a shivering, arm rubbing Bruce to “warm his core and his body would take care of the rest”.  Christopher Nolan has said he feels awful about that because he completely made it up and he’s lain awake many a night wondering how many Boy Scouts or campers he’s condemned to hypothermia just because he thought a line sounded cool. 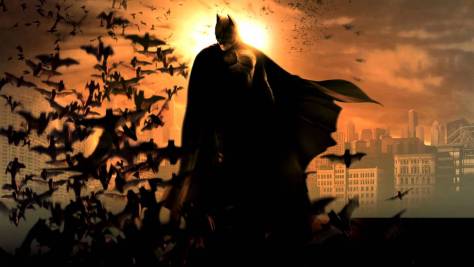 This is quite possibly one of my five favorite scenes period.  It’s an actor’s master class from Heath Ledger and Christian Bale.  For the six of you who may not have seen TDK (WHY??), this takes place when the Joker’s men have captured Harvey Dent and his fiancee Rachel Dawes.  As a comic fan, this is the purest distilled essence of the Joker vs. Batman dynamic you will find in any medium.  I’ve watched it hundreds of times and it’s still magnificent.