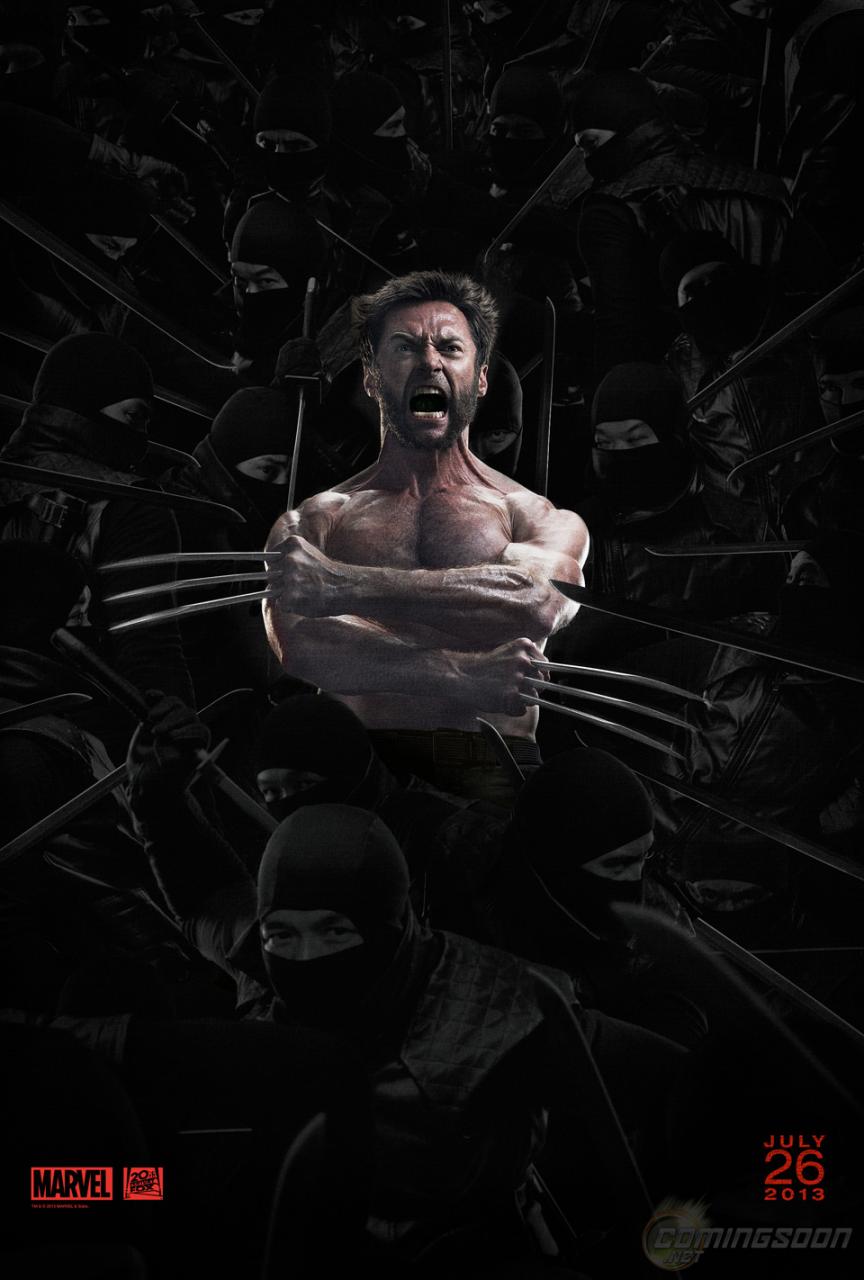 Since some of you may be skeptical about plunking down money to see GI Joe Retaliation given the horror show that was the first film, here is The Wolverine trailer attached to it AND the international trailer.  Two for one Logan today!

The first trailer for The Wolverine is attached to GI Joe Retaliation (which releases this Thursday).  Ahead of that comes our first official poster.  Logan’s going to be dicing a whole lotta ninjas.  There’s actually a more drawn out plot synopsis than that for the James Mangold film due to hit theatres on July 26th:

Based on the celebrated comic book arc, this epic action-adventure takes Wolverine, the most iconic character of the X-Men universe, to modern day Japan. Out of his depth in an unknown world he faces his ultimate nemesis in a life-or-death battle that will leave him forever changed. Vulnerable for the first time and pushed to his physical and emotional limits, he confronts not only lethal samurai steel but also his inner struggle against his own immortality, emerging more powerful than we have ever seen him before. 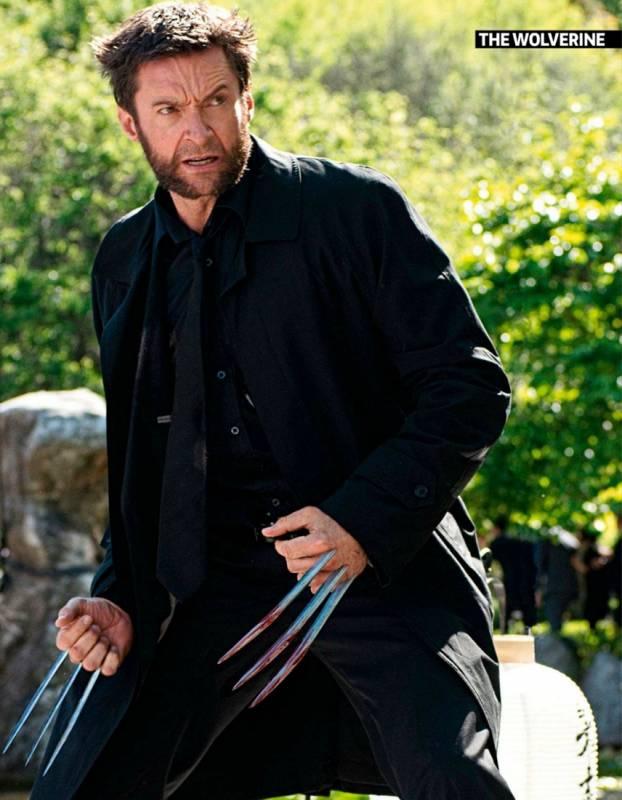 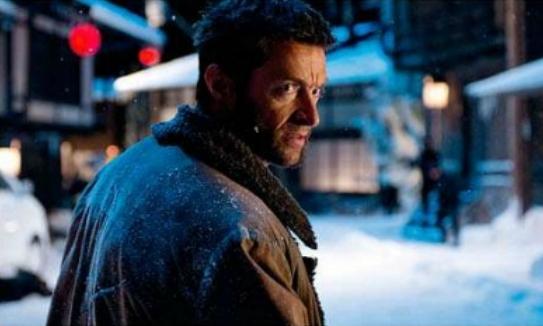 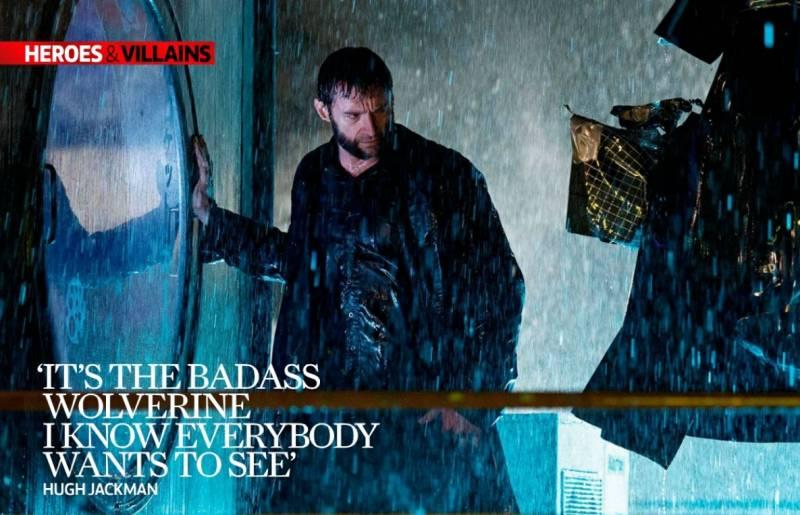 These cool looks at The Wolverine are courtesy of the same issue of Total Film that brought us the Man of Steel cover last week.  I’m still not entirely sure why, if this film takes place after X3, he appears to have bone claws.  I’m more excited he’s coming back to the ensemble with Singer’s X-Men Days of Future Past.  That being said, a film that Wolverine really gets to be Wolverine in…would rock the planet.  However, that film would also have to be rated R (the man has razors in his hands, when he fights, he redecorates a room) which will never happen.  Director James Mangold has made some good films and I’ll be extremely interested to see the trailer.  Unfortunately if you want to do so, you’ll have to go see GI Joe 2 because that’s what it’s attached to when that film releases March 28th.  If it will ease your pain, go check out the ninja fight from GI2 I posted last week and convince yourself the whole move will be like that. 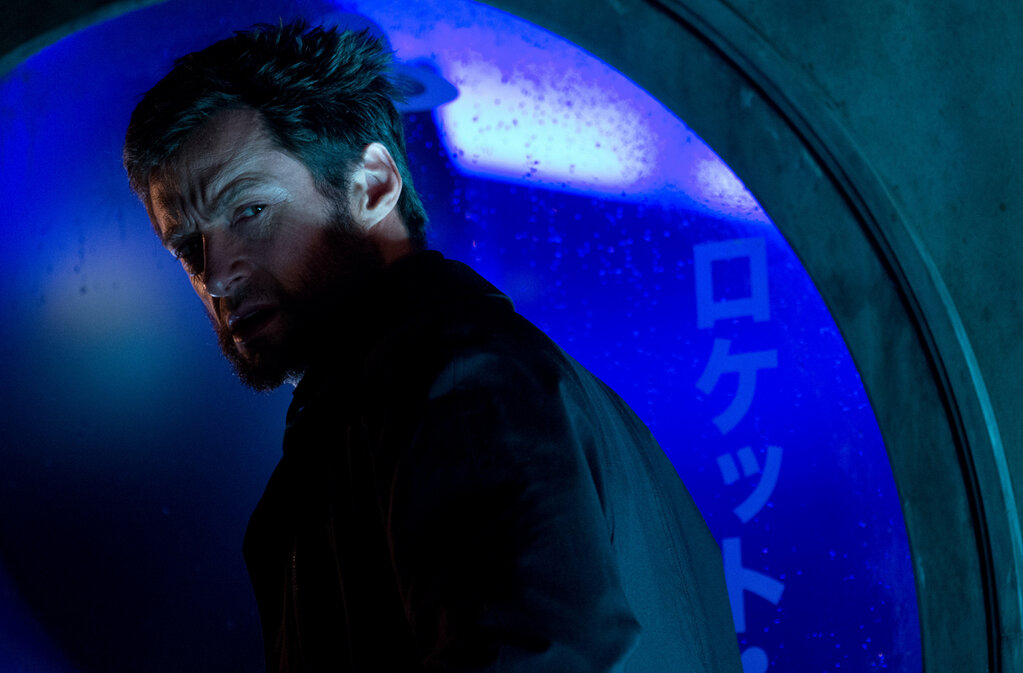 Another photo from this summer’s The Wolverine.  Director James Mangold actually leaked this one which tells us nothing whatsoever but looks cool nonetheless.  I really want to see a trailer on this.  Apparently this is supposed to take place AFTER X-Men 3.  I’m a little foggy on how that works with the bone claws we’ve seen in previous stills, but it could be flashbacks.  There are some big movies this year that I have no fears about at all.  Desolation of Smaug, Star Trek, Elysium; no worries whatsoever.  Then there’s this.  I want so badly for it to be good, but not sure on it.

Courtesy, obviously, of Empire Magazine’s next issue is a look at Logan from this summer’s upcoming The Wolverine.  The film, helmed be James Mangold (Walk the Line) will cover Logan’s time in Japan.  If you’re wondering where it fits into the whole timeline, note that there isn’t any adamantium on those claws.  Wolverine will also be appearing in the next X-Men film proper: X-Men Days of Future Past alongside the casts of both the orignal trilogy and X-Men: First Class.  Days of Future Past director Bryan Singer today revealed that film will take place ten years after the events in First Class, which would put it somewhere around 1972.  So we’ll all get to enjoy Magneto in bellbottoms.  That’s ridculous, lol, Joel Schumacher is nowhere near that film….