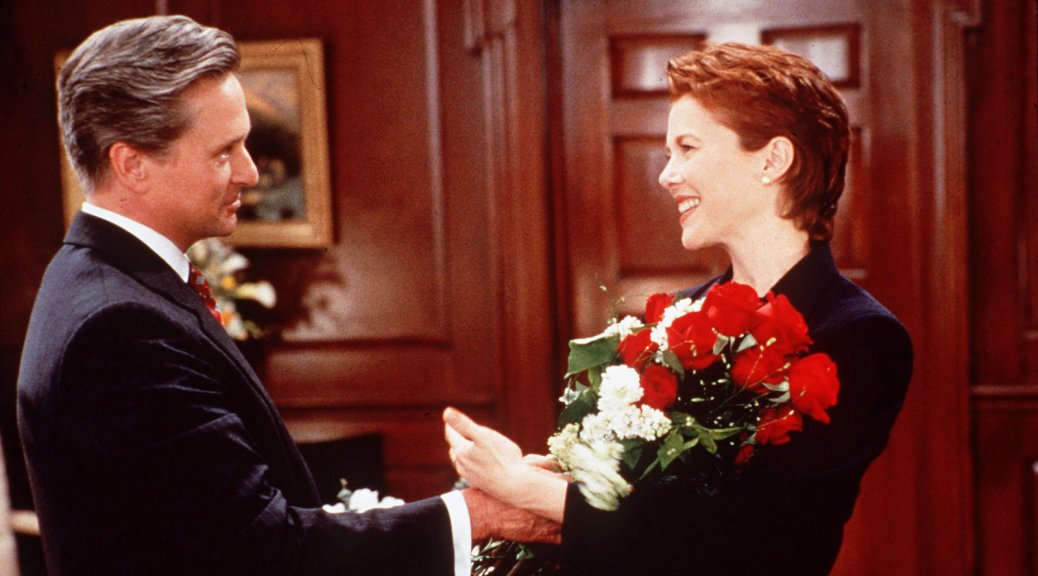 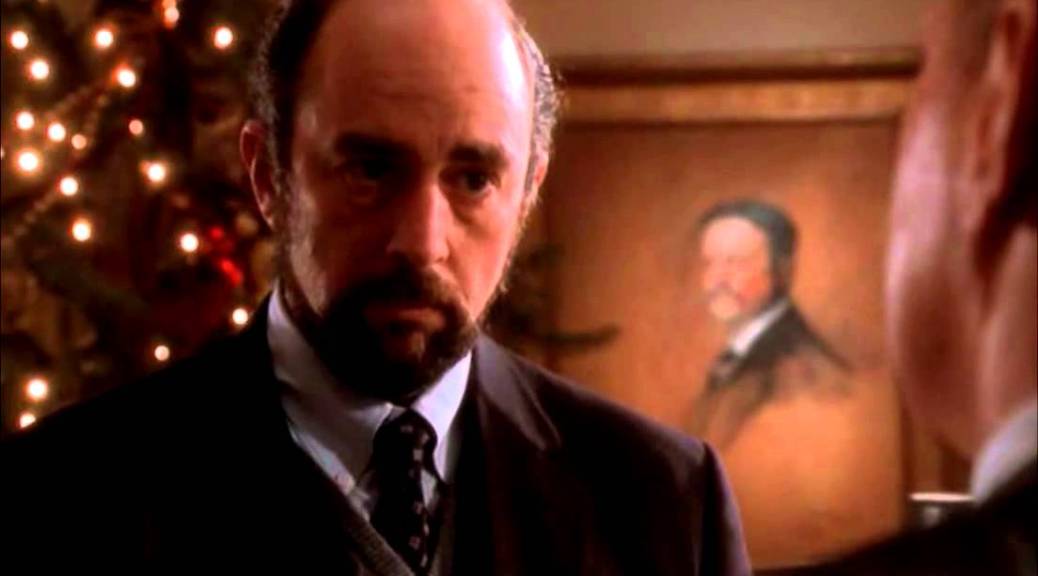 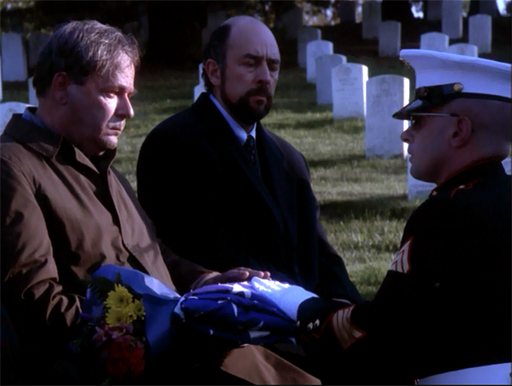 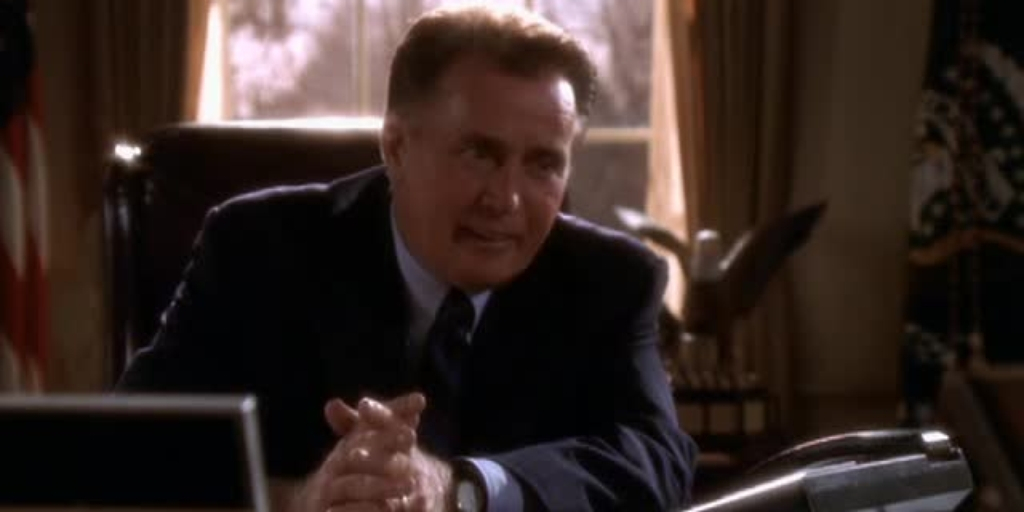 Thanksgiving is Thursday.  In the States, millions of Americans will be gathered around the dinner table with family and friends to stuff their faces, make memories, and remember in that even in these most rancorous times there is so much to be thankful for.  I’m breaking my rule regarding only choosing one scene per season of a TV show as the “Two Cathedrals Rant” from the season finale of The West Wing’s second season was one of the first My Favorite Scene columns I wrote (click here for that).  It’s a rule worth breaking, because episode eight “Shibboleth” is one of the best of the series and my favorite episode of any drama having to do with Thanksgiving.  There’s actually a lot to choose from in this funny and heart-warming episode.  I very nearly went with the White House Press Secretary’s drama over choosing the turkey that receives a Presidential Pardon every year.  But in the end I settled for the President of the United States discovering the existence of the Butterball Turkey hotline and the comedy that ensues. END_OF_DOCUMENT_TOKEN_TO_BE_REPLACED 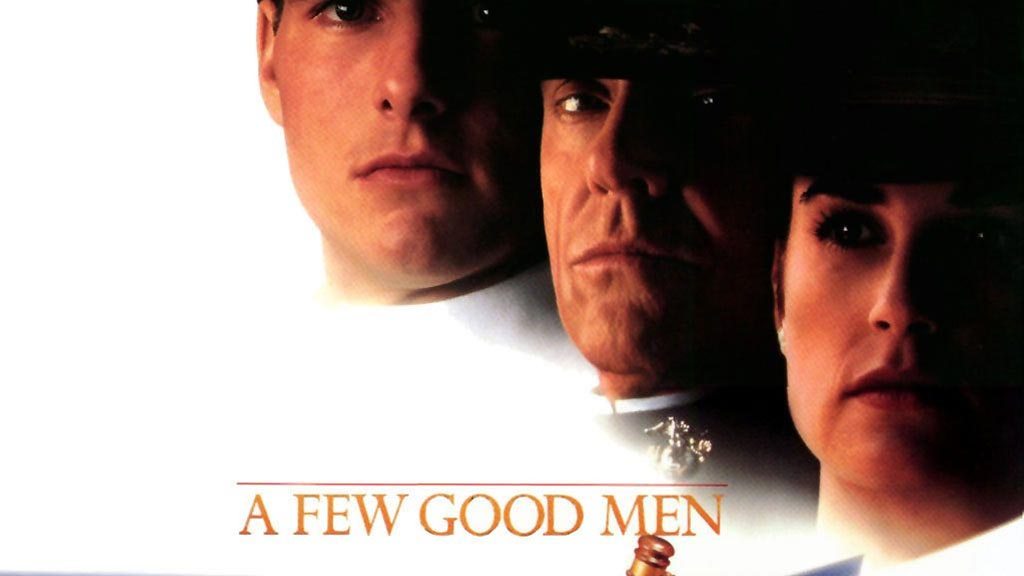 I’ll make no bones about it: I would be willing to eat Aaron Sorkin‘s brain if I could ingest his writing ability.  That’s not a threat!  I’ve written so many love letters to Sorkin’s writing ability over the years in various forums that I’m probably on some kind of restraining order watch list.  Sorkin is my favorite writer working in any medium.  Period.  Whenever his scripts get published in any kind of form, I have them pre-ordered on Amazon by the time they finish typing the code to post them.  I’m trying to get across the point that I think he’s talented.  Is that coming through? END_OF_DOCUMENT_TOKEN_TO_BE_REPLACED

The West Wing is my favorite show of all-time. I’m not sure it’s the best show I’ve ever seen start-to-finish. When Aaron Sorkin left the show after season 4, the show took most of season 5 to find its voice again, but it did rally and finished well. The second season of The West Wing is THE best season of television I’ve ever seen. Ever. Full stop. There are so many great moments and classic episodes that it’s difficult to pick a favorite, so I’ll pick the one that has stuck with me the most in the twelve years since it first aired: the next-to-last scene of the season. (By the way, this is going to be very spoilery, so if you’re intending on watching this on Netflix or DVD, wander elsewhere on the site)

The second season starts with the recovery from an assassination attempt at the end of the first that left the President’s Deputy Chief of Staff Josh Lyman (Bradley Whitford) and surrogate son fighting for his life from a gunshot wound. The season saw the slow unraveling of the President’s attempt to keep his multiple sclerosis from the public. It also saw him fighting with the possible consequences of running for re-election to his family, his health and to the office of the Presidency. As all this comes to a head in the season finale, the President’s beloved secretary, Mrs. Landingham, was killed by a drunk driver. A random, senseless, stupid loss and waste of life and even a President (a good one and a good man as written; one who had studied for the clergy before deciding on politics) can fall victim to shouting to the heavens. This one just did it by sealing the National Cathedral and losing it on the Almighty in Latin. It’s a powerful, benchmark scene for Martin Sheen’s President Bartlett and I’ll allow that it works a lot better in context, but for setting, tone and dramatic impact, this stands among the best scenes Sorkin has ever written.

We’ve all screamed at God. I don’t care if you don’t believe in Him. I don’t care what you might call “Him”. I don’t care if you want to lie about it. I just don’t. You’ve done it. You get to a place in your life where nothing is left but to throw your head back in anger and scream at the sky, “What the HELL are you doing to me?” Of course, that’s a very in-the-moment feeling. The President, later in the episode will hear Mrs. Landingham admonishing him for his behavior telling him, “God doesn’t cause cars to crash, stop using me as an excuse.” The West Wing never talked down to its audience, it challenged them to think; challenged them to sit in the seat where the decisions that make or take lives are made dozens of times a day and make their own call. It also showed that the people who sit in those chairs are human. That they can be good humans; decent humans; men and women dedicated to our nation and its welfare made it a hopeful case for our country. To be honest, I wish I lived in that one rather than the one we do. 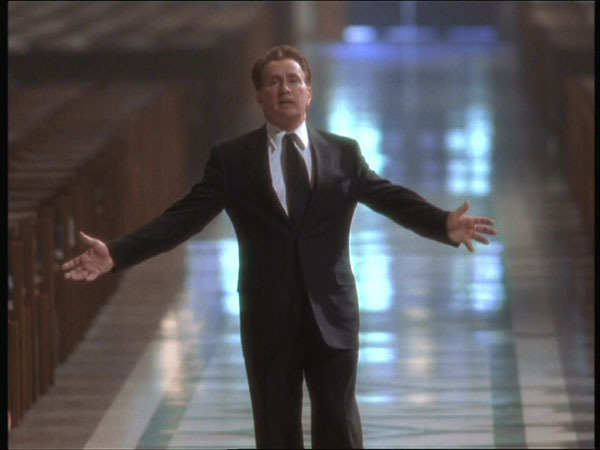