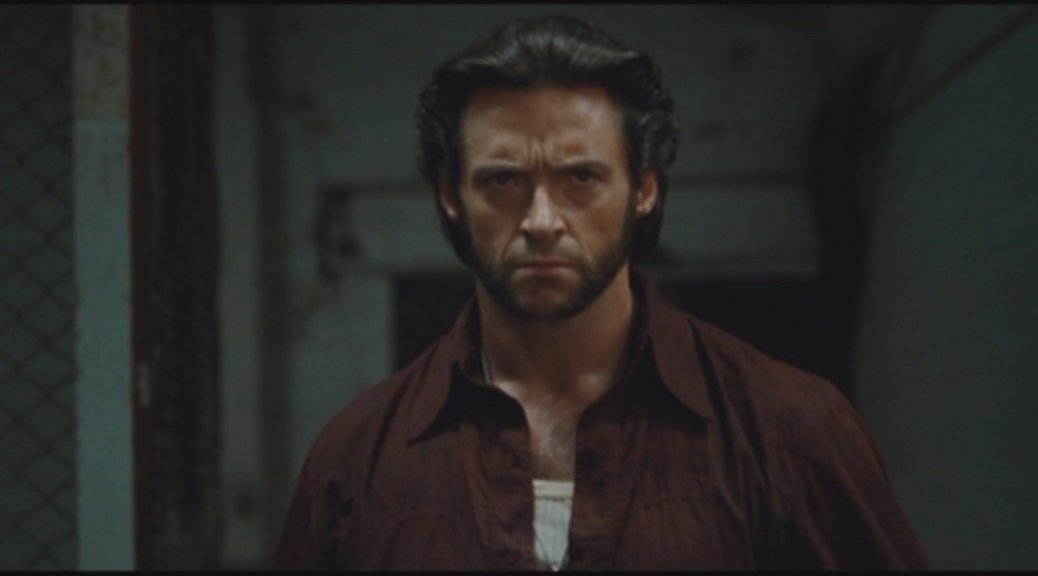 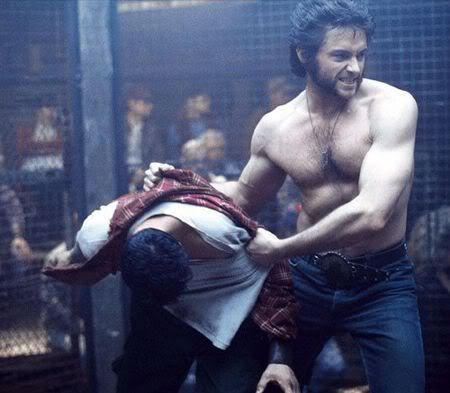 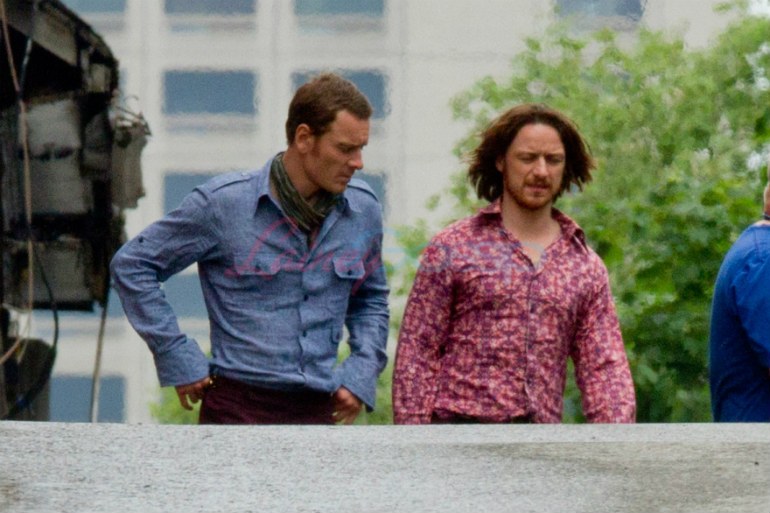 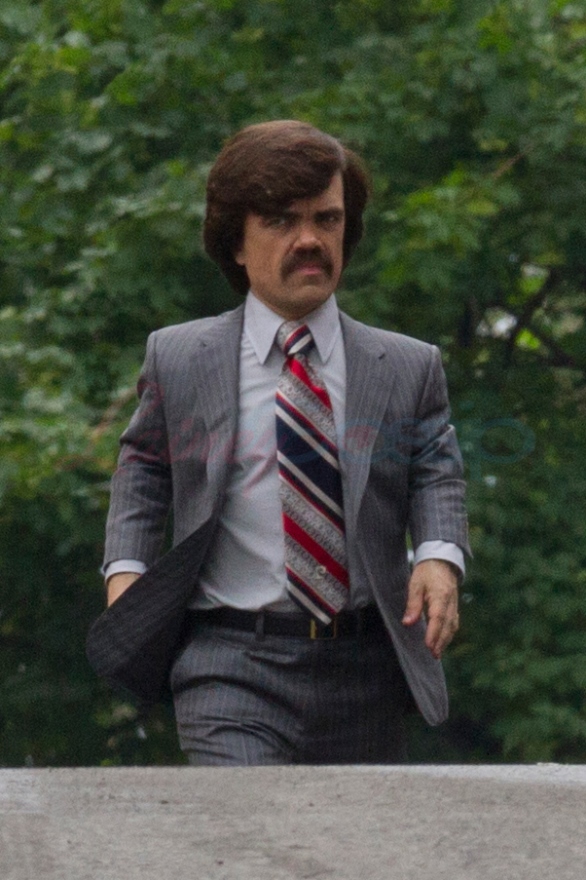 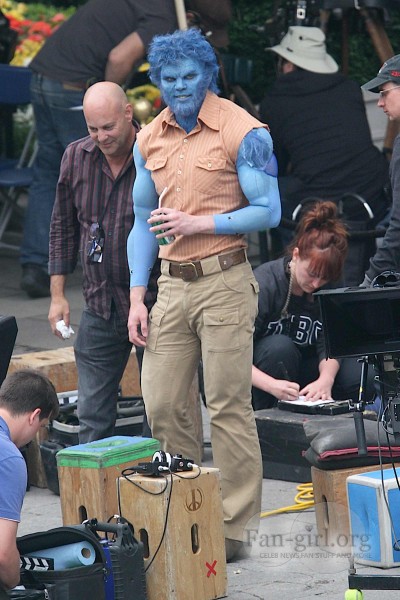 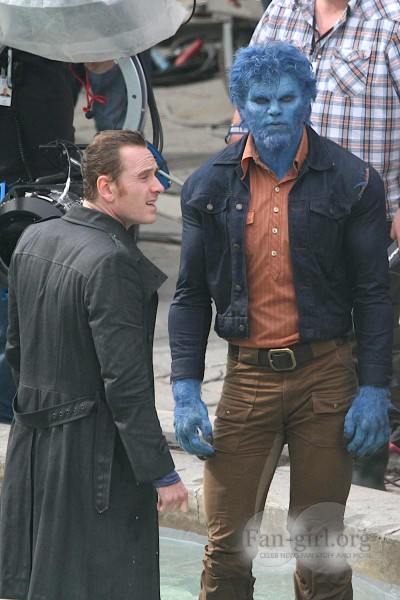 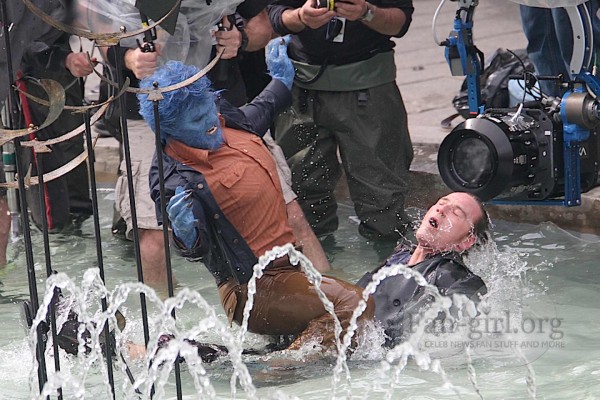 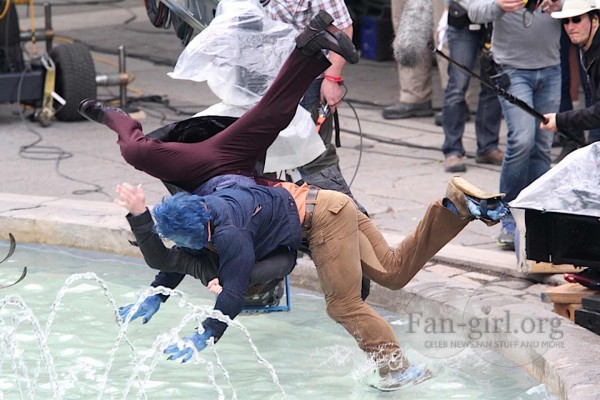 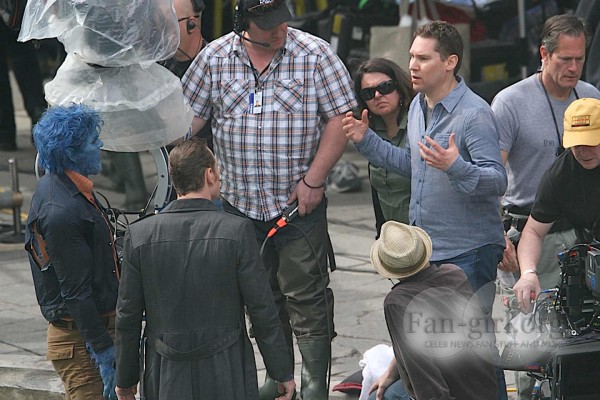 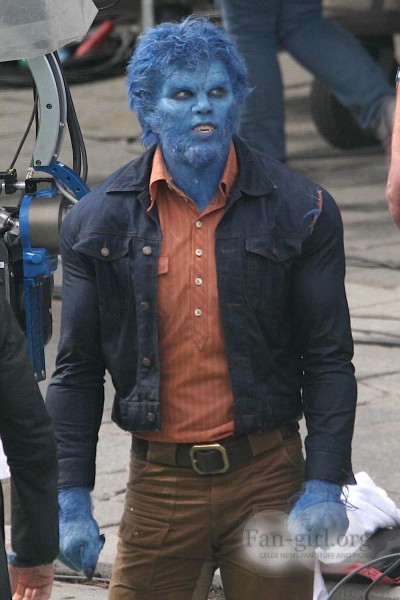 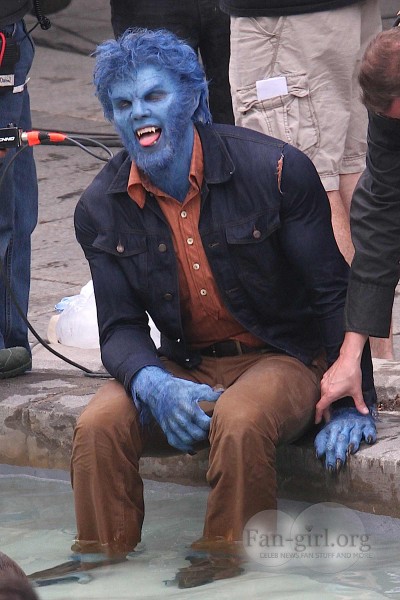 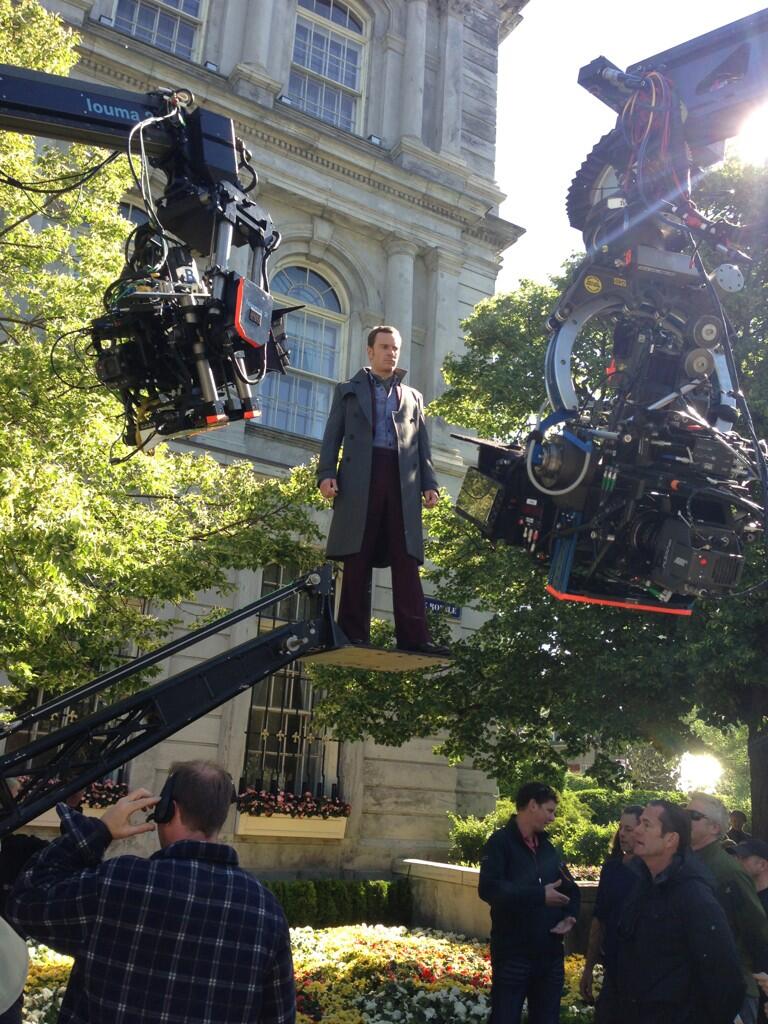 Tweeting addict and X-Men Days of Future Past director Bryan Singer is turning to be the best source for inside information on his own movie.  Every few days, he’ll Tweet out a new pic from the set.  Here we see Magneto the Younger ready to twist something metallic.  My question is: are we going to get the frigging amazing Magneto suit from the end of X-Men First Class?  Thus far, all the photos have had the merry mutants in street clothes.  Ah well, I’m sure Singer will Tweet something on that between now and when X-Men: Days of Future Past releases in July 2014.  Synopsis below: 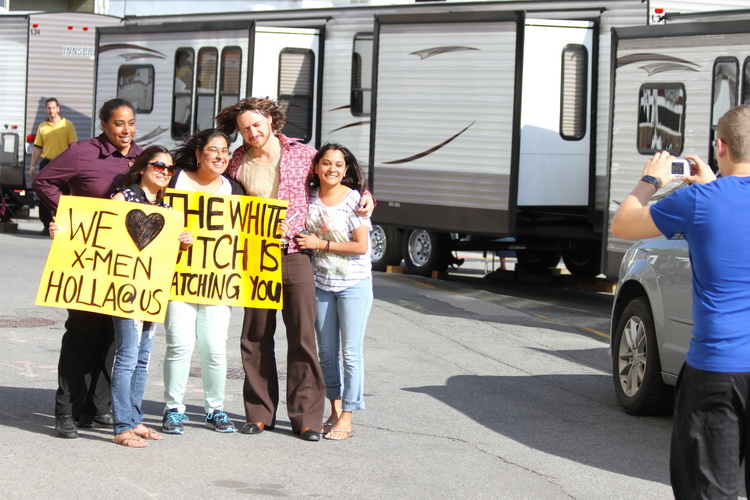 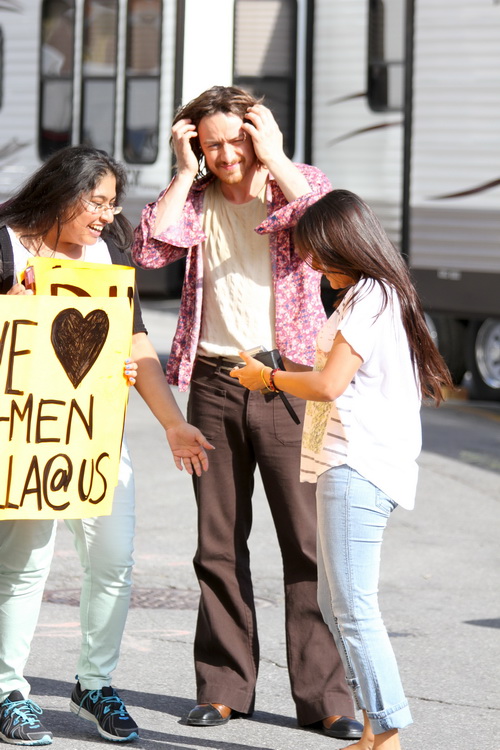 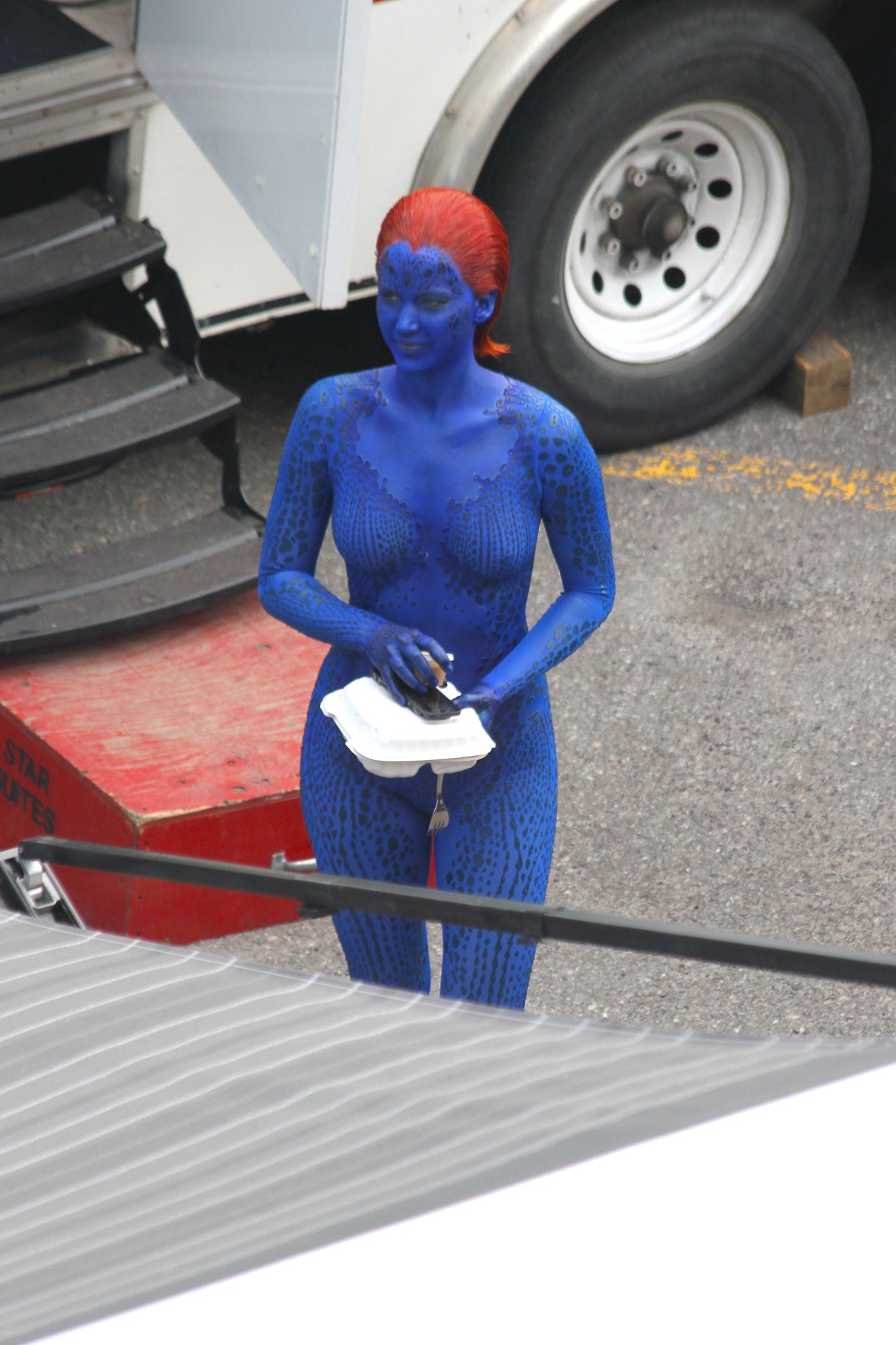 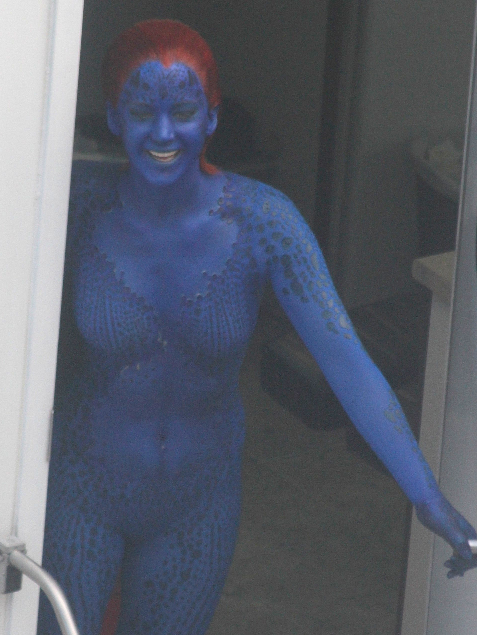 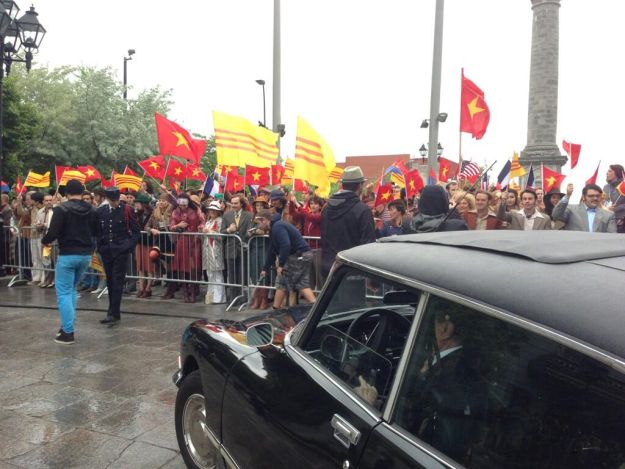 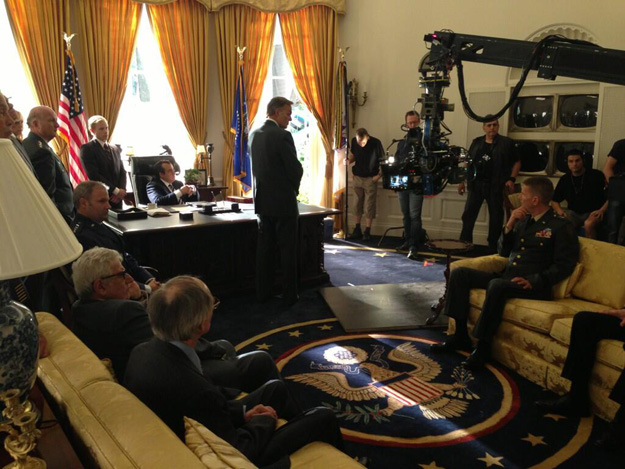 More stills and behind-the-scenes photos either Tweeted by Bryan Singer or fans.  Magneto and Professor X are certainly embracing the 70’s wardrobe.  The have never looked quite so groovy.  I’m fairly certain the shot with Fassbender is an off-camera shot because A) Xavier is walking and B) The two of them aren’t attempting to kill each other.  There’s also a few behind-the-scenes shots of Jennifer Lawrence in Mystique gear.  The Vietnam War is clearly being interwoven into the film’s plot at least in atmosphere given the protesters, and Bryan Singer Tweeted the last photo of Nixon in the Oval Office yesterday saying it was one of the most pivotal moments of the film.  X-Men: Days of Future Past will release in July 2014.  Synopsis below: