300: Rise of an Empire isn’t a prequel to 300 and it isn’t a sequel to 300.  I’ve heard the word “sidequel” coined to describe it and that’s very good.  Essentially this movie takes place before, during and after the events depicted in 300.

I love 300.  It’s over-the-top, stylized violent testosterone in such a concentrated dose of manliness that your TV may grow hair just playing it.  Here’s the thing about 300 though: it was unique.  No one had ever seen anything like the film and it depicted (in a fairly accurate fashion if you overlook the mutants and warrior rhinos) one of the greatest battles; one of the greatest stories in the history of war: Thermopylae.  Adapted from Frank Miller’s amazing graphic novel, the film is a gory tribute to the bravery of a culture made immortal.  What 300: Rise of an Empire is….I really couldn’t tell you.

Originally entitled “Xerxes”, the film was going to be the adaptation of a graphic novel Frank Miller was going to do about the “god-king” and his origin.  Here’s the thing though….Miller never did it.  This film has no source material.  It has no narrative spine and that’s why it ultimately doesn’t work.  Whereas you knew who Leonidas and the Spartans were when they marched to the Hot Gates, I have no idea who Themistokles (Sullivan Stapleton) is supposed to be other than an Athenian commander with a stunning casualty rate.  Leonidas wasn’t exactly flattering with his description of the Athenians in the first film and as a group, they don’t really do much to distinguish themselves either than try to bide time and survive until the Spartans change their minds and come to save them.


Save them from whom?  Save them from Eva Green and her Persian Navy.  Xerxes is actually barely in this film since he spends most of the chronological time in the events of 300.  They give him a backstory that doesn’t make a lot of sense.  He seems to have wandered in the desert, took a dip in a pool and literally popped up the golden creepy hot pot of mess he was in 300.  Eva Green plays Artemsia, a Greek taken in and raised by the Persian emissary whom Leonidas kicked down the well in the first film.  She turns out to be a combat prodigy, has a lot of anger, a load of issues and if most of the scenery wasn’t water, Green would be chewing it like a mulcher the whole film.  She’s definitely the best part of a milquetoast cast, but she’s not evil enough to be a villain to hate or redeemable enough to root for in the end. 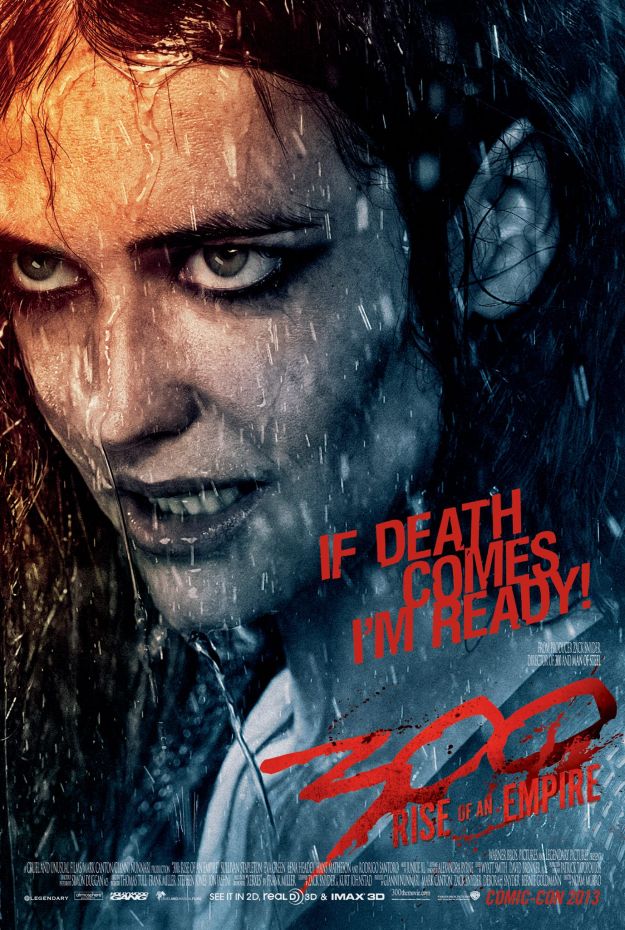 The movie has a few good action sequences, but feels more like a series of vignettes than a coherent saga.  It’s a film that didn’t ever need to exist.  It spends most of its time referring to, borrowing from or weaving in and around the first film, but not in such a way that either film is made better for it.  It’s not awful.  It just sort of is.  You walked out of 300 fist-pumping and quoting iconic lines.  I walked out of this thinking about doing laundry.  THIS. IS. UNNECESSARY!
5.0/10