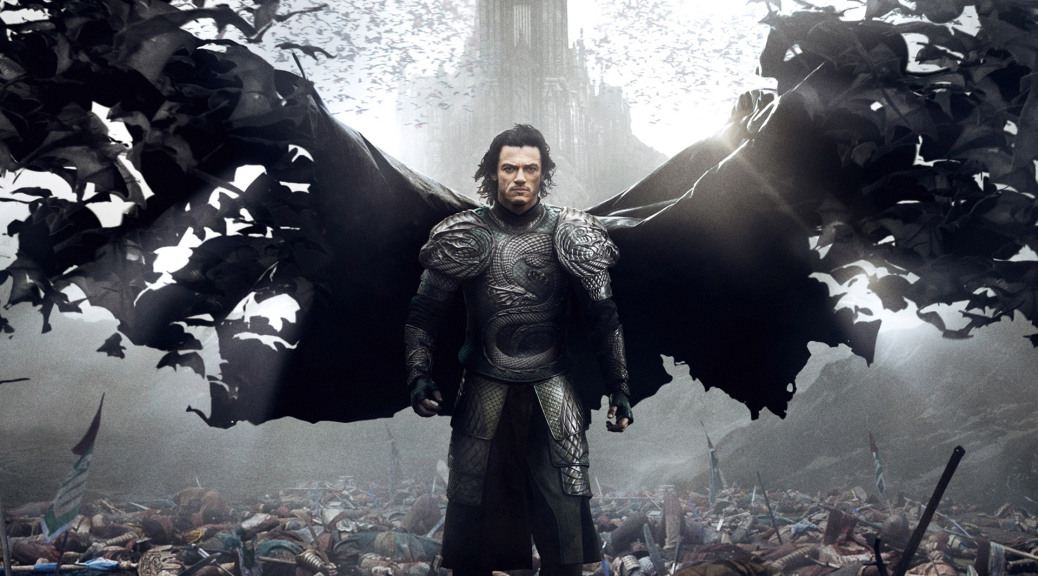 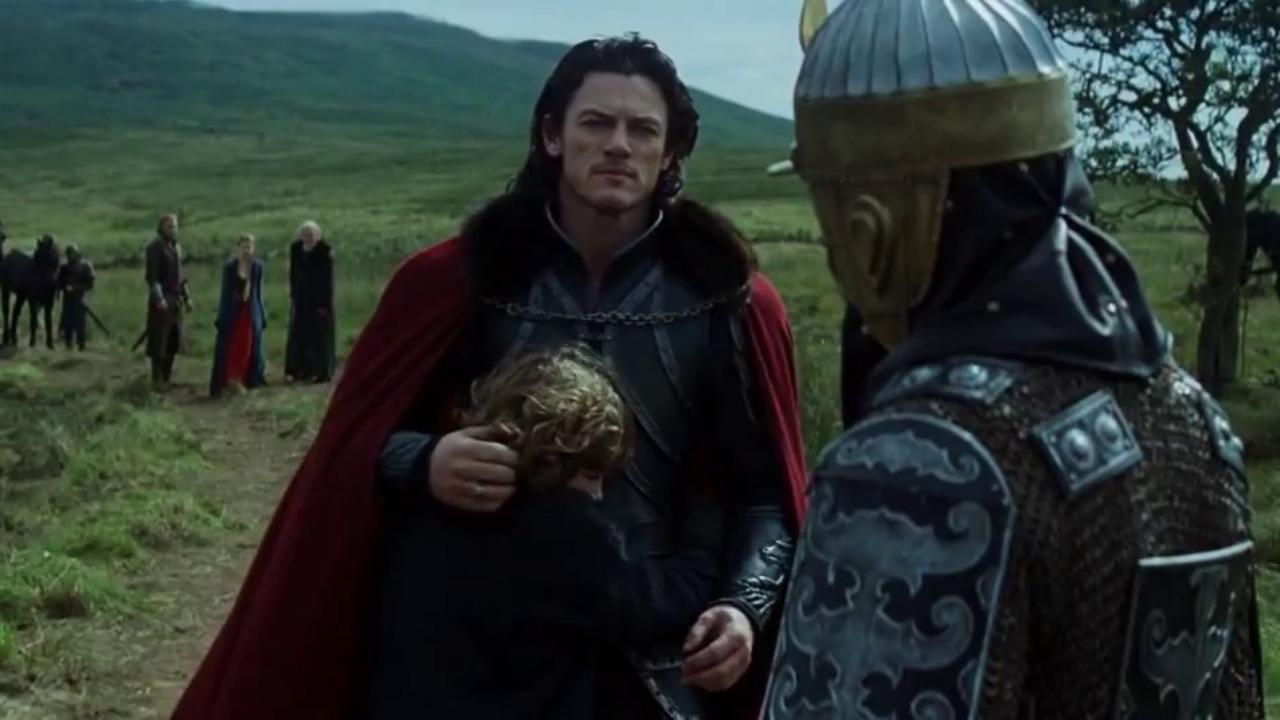 Dracula Untold attempts to give a meaningful and tragic back story to a character that’s never required one.  When we join our future bloodsucker, he’s returned from decades of fighting as the Turks most feared warrior: Vlad the Impaler.  Now, however, he’s going to settle down and quietly rule Transylvania and nothing bad can come of that!

Those pesky Turks (lead by an almost unrecognizable Dominic Cooper) show up and demand 1,000 Transylvanian boys to serve in the Sultan’s army.  You’d think you’d walk on eggshells when making demands of a guy whose nickname is “The Impaler”, but the demand is made all the same.  Hugely outnumbered, Vlad out of desperation for his family and his people’s safety, turns to the vampire who lives on the mountain just outside of town (not unlike the Grinch’s mountain in How the Grinch Stole Christmas).

The ancient vampire (played by Game of Thrones‘ Charles Dance) provides the film’s best scene in his seduction of Vlad.  If he can resist the urge to drink human blood for three days, then all is well and he returns to normal.  If he gives in, he’s damned with the strengths and weaknesses of a vampire forever and the elder vampire can finally escape the cave in which he’s been imprisoned.  Well, what could possibly go wrong with that deal?

Let’s talk about what does work in this film, which is not anywhere nearly the disaster I thought it would be from the trailers.  Make-up, F/X (including some unique uses of Dracula’s powers I’d never seen utilized), cinematography, pacing are all very good.  Charles Dance steals the few scenes he’s in, and I hope they do make another one of these just to see where the twist ending would take us.

What’s not so good: Luke Evans.  I don’t particularly hate Luke Evans; he was a fine Bard the Bowman, but that part really requires a couple of lines and a guy who can fire a longbow.  Evans here is expected to carry nearly ever scene in the film and he just doesn’t have the charisma to be a leading man.  The script, while not dreadful, is terribly rote, with the only clever bits being those I’ve already mentioned.


As an aside, let’s address what Universal Studios is planning to do with their monsters.  They intend to form a shared monster universe, much like the Marvel and DC universes that will be inhabited by Frankenstein’s monster, Dracula, The Mummy, The Wolfman, etc.  It was originally thought that this film was going to be the first film in that shared universe, but Universal is saying it is not and the first film in their new Monsterverse will be 2017’s The Mummy.  Does that mean we’re going to be rebooting Dracula in a few years?  Yep.

This film didn’t do terribly well at the box office, so though Evans and the producers have said a sequel is possible, I think Universal is more likely to focus on their upcoming projects rather than revisit something that didn’t work.  Which is a shame, because the end really does intrigue you as to where they could take the story next.  If it stands on its own, this is just going to be a footnote in the cinematic history of the vampire; unmemorable and soon forgotten.
5.25/10

One thought on “Movie Review: Dracula Untold (2014) *Some Stories Are Best Left Untold*”