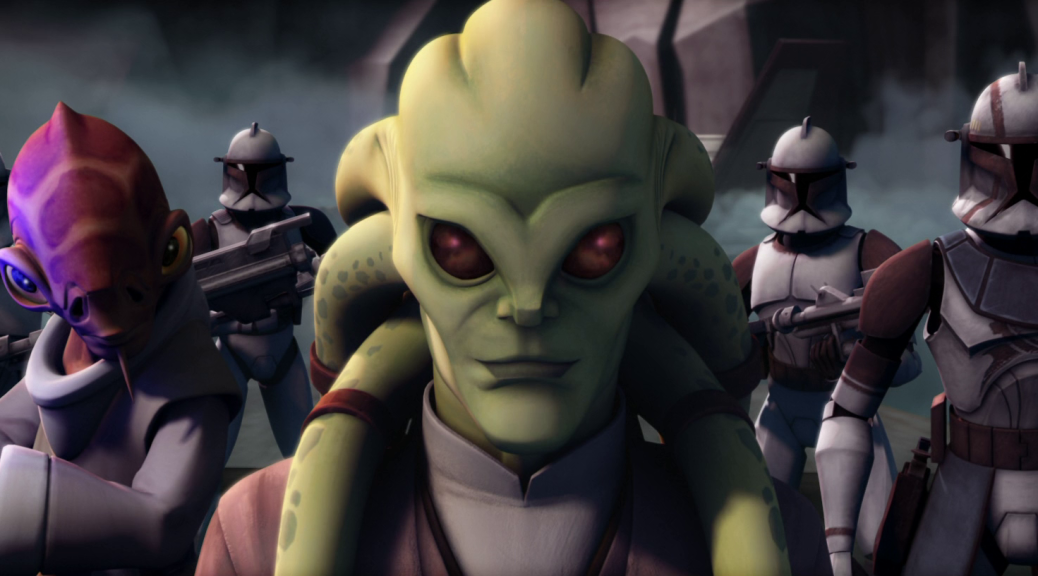 Continuing Star Wars-mania, since we cannot get enough (and by “we” I mean “I”), we take a look at the first season of the six-season run of Star Wars: Clone Wars this week.  It’s certainly fair to say that the series got off to a bumpy start.  The movie that spawned it was not very good and Dave Filoni and company were definitely working out kinks in the first season.  One of the first episodes that showed the potential for the series was “The Lair of General Grievous”.

The episode highlighted what the show did best: give you an exploration of the characters who received scant time in the Prequel Trilogy.  In this case, Kit Fisto and his padawan find the castle of General Grievous and clues to the mysterious cyborg’s origin.  There’s a great turn with Fisto’s Mon Cal apprentice trying to take on Grievous alone (guess how that goes), then Fisto faces him at the episode’s end.  This was one of the first episodes that showed what the series was going to do, and imagine how much more impactful Fisto’s death at Sidious’ hands would have been in Episode III if you’d gotten to know him beforehand.