Quick reminder before I dive in: voting on the Star Wars Clone Wars poll has been intense and there’s a three-way dogfight going on for first.  If you haven’t voted, get over to http://killingti.me to lock in your vote and we’ll have results tomorrow or Saturday.

The great gaming binge has continued with a vengeance this week.  Driving my playing of seven or eight games at once is a goal, long in my sights, is now imminent.  100,000 Xbox Gamerscore.

Achievements completely revolutionized gaming for me.  Perhaps that says a lot about my need for validation, but one of the very first blog entries I ever did was on achievements (click here if you want to jump in the Way Back Machine).  I love them.  I think they give games so much more life than they otherwise would have had and they make even bad games bearable because you’re getting rewards.  So here’s the deal.  I want this achieved by Independence Day (freedom from this goal; six years in the making).  To keep myself accountable, at the bottom where I list what media I’m consuming, I’ll list my gamerscore, how many achievements I’ve gotten that week, how many points left, etc.  I currently have 94,468 and my Xbox gamertag (and I have both a 360 and a One) is “sleeplessdave” for any KTers who want to help me get to my six digit dream.

Killing Time milestones this week: The site passed 63,000 hits this week, 2400 comments, and 300 followers just by email!  I know what your next question is.  I can sense it.  “Dave, is Greenland still being incredibly douchey and not  visiting the site in favor of spearing sperm whales or whatever else they do for fun there?”  Good question; disturbingly specific.  No.  No they’ve shunned us again, but I’ll tell you who bravely braved the site: Burundi.  This central African nation is one of the five poorest on Earth and is fighting a battle against the HIV/AIDS epidemic the world chooses to ignore, but you know what, Greenland?  THEY STOPPED BY!  Let’s all give a tip of the cap to the Burundi flag: 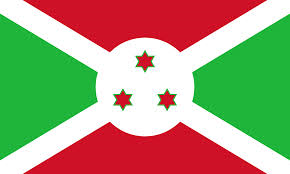 The most viewed post of the week was Eight New Photos from Batman: Arkham Knight.  All Arkham Knight articles are getting a lot of traction.  I think everyone was just as dumbstruck by that opening trailer as I was.


Books:
How to Live Safely in a Sci-Fiction Universe by Charles Yu
Dawn of the Jedi: Into the Void by Tim Lebbon
Hollow City by Ransom Riggs (Peregrine’s Peculiar’s Book #2)

Song of the Week: “Let it Go” by Idina Menzel