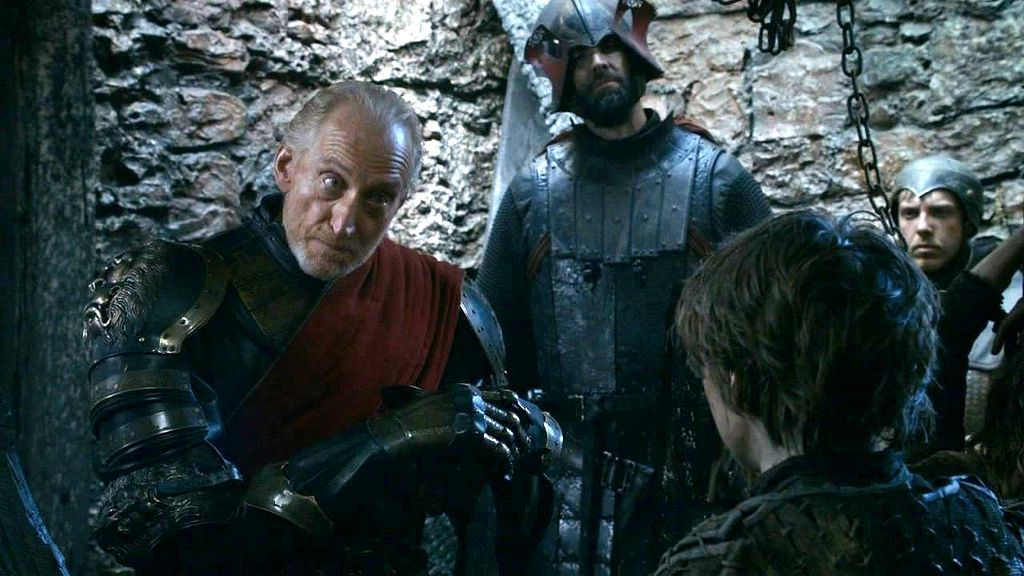 For season two, there are so many epic scenes that I could pick, but I went with something  quiet that showcases two of the show’s best actors fencing off in an incredibly awkward situation.  Tywin Lannister rules the castle of Harrenhal where Arya Stark is posing as a boy servant.  The Lannisters have just had her father beheaded and she’s one of the most wanted fugitives in the land.  First it takes Tywin all of two seconds to see she’s a girl and decides to make her his cup bearer.  That sets up this scene, completely not in the books (an example of a wise and well-handled change), wherein the two of them feel each other out.  Does he know?  Is she going to try to kill him?  It’s a fantastic scene that proves that some of the best moments in Game of Thrones don’t involve dragons, armies or ice zombies. 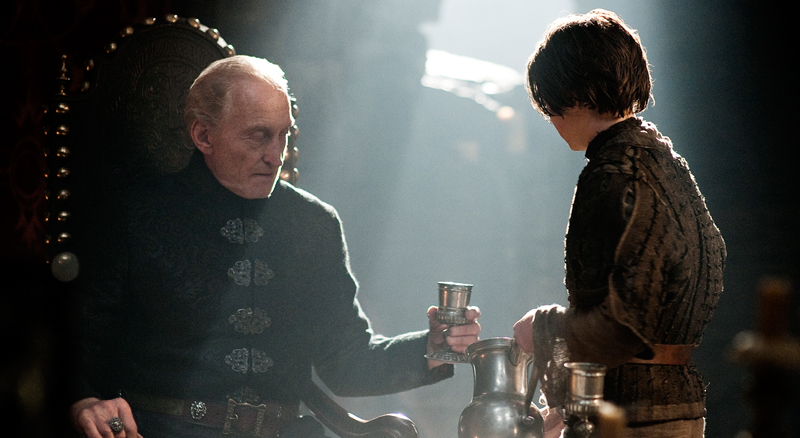