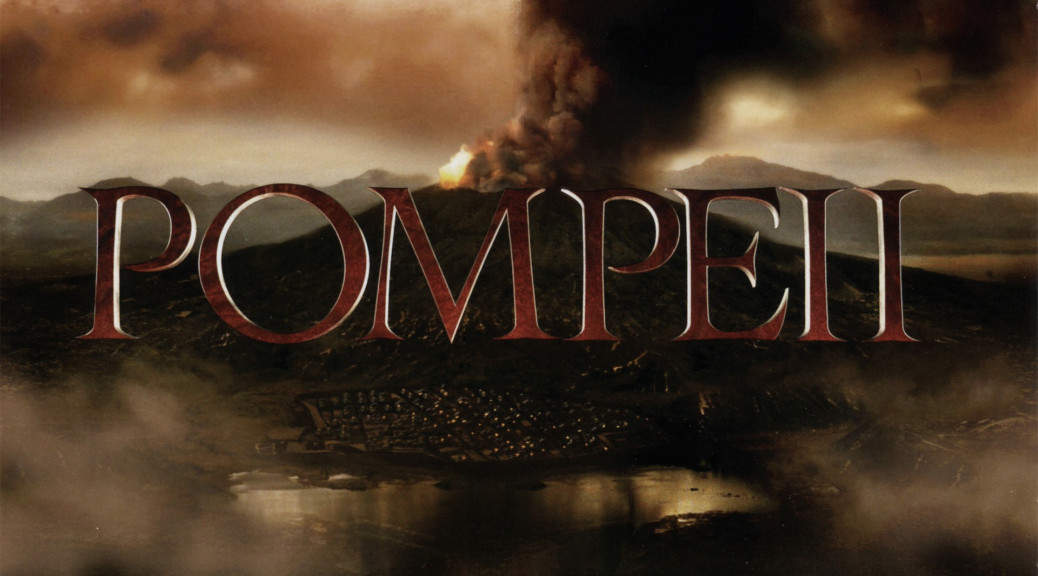 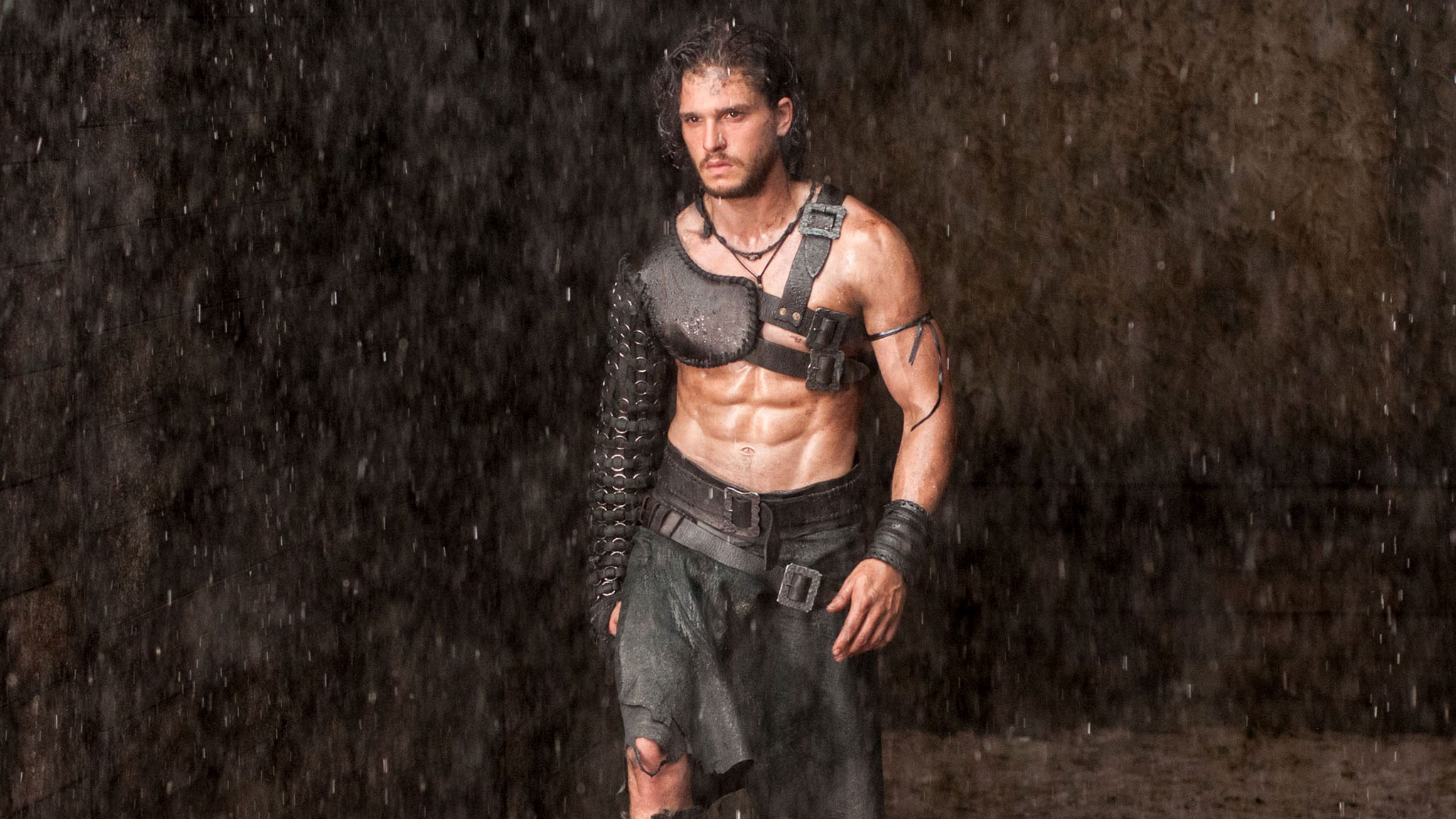 It must have sounded like a really good idea.  We’ve got this massive natural disaster, famous throughout the world – THE ERRUPTION OF MOUNT VESUVIUS.  They could see fiery balls of fire raining fire on the fire bestricken citizens of Pompeii.  They could see massive lava flows.  They could visualize overhead shots of he cauldron boiling and bubbling and seething, just waiting to unleash fiery fire balls at unsuspecting Italians. 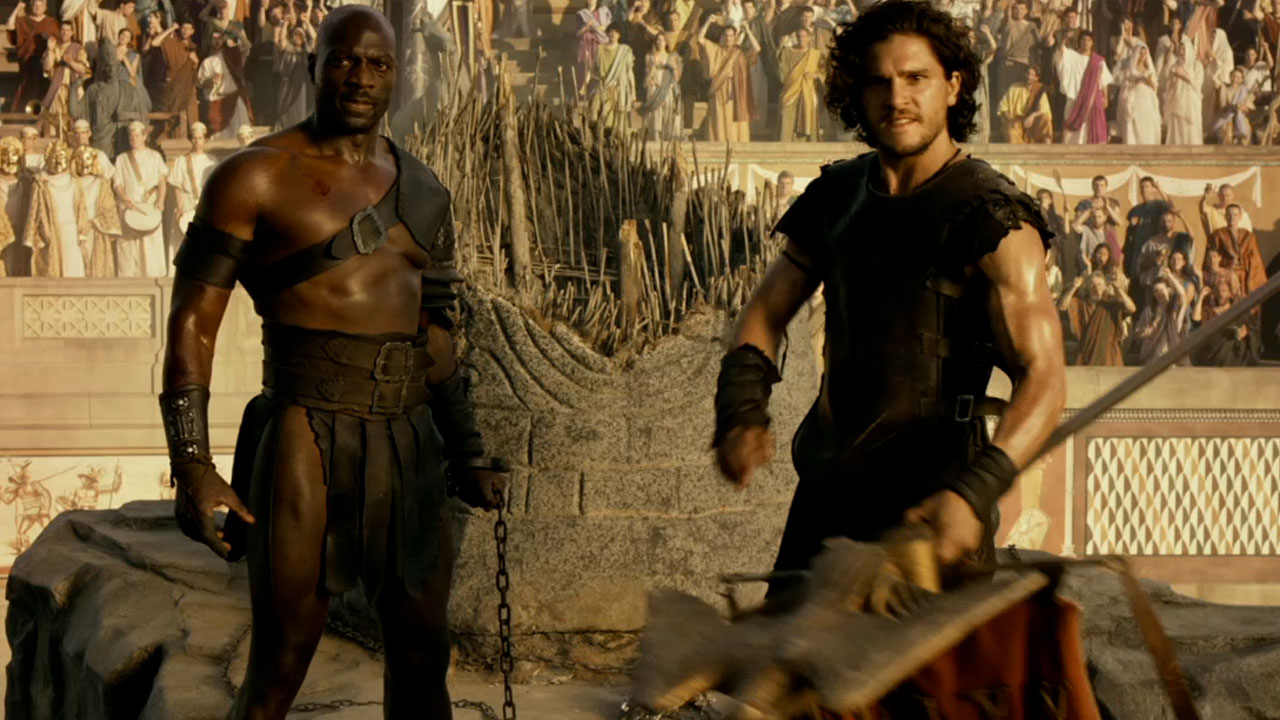 “So…..how do we fill the hour before we can blow things up?”
“Oh….hadn’t thought about that part.  Poster’s done though!”
“Brilliant!  No, we really do need a first hour.  We can only keep raining fiery death for so long before everyone is ash statues.”
“You’re probably right…..hey, I like Gladiator!  They had those there right?”
“Ooooh oooh and I liked Titanic and we’ve even got the disaster to go with it!”
“Throw them in the script blender at once!”

Envisioning this conversation got me through the first hour of Pompeii. 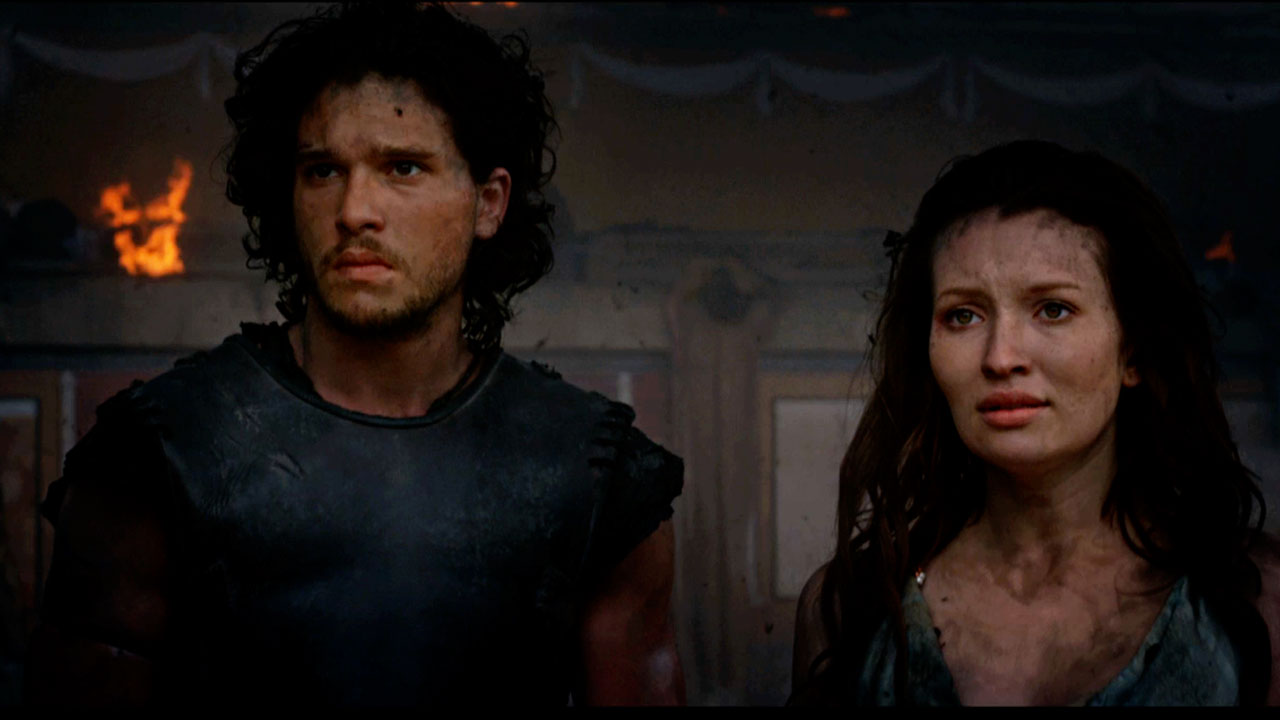 Here’s just a bit of advice to casting directors: Kiefer Sutherland is not an actor who transcends the ages.  There is no actor that screams 21st CENTURY AMERICAN like Kiefer Sutherland does in his Roman toga.  Yes, Jack Bauer is a Roman Senator, corrupt and  bent on ruining young Cassia (Emily Browning) and her family.  She is in love with Celt gladiator Milo (Kit Harrington) and it’s all very maudlin.  (Is “Milo” an ancient Celt name?)

The best part of the movie is Adewale Akinnuoye-Agbaje as Atticus, the champion gladiator and Milo’s only friend.  Akinnyoye-Agbaje is an asset to any movie he appears in and I wish he got more work.  I’ve loved him since he was Mr. Eko on Lost.

Oh, then blessedly as they’re re-enacting a battle in the arena that felt like a re-enactment of Gladiator sans Russell Crowe and tigers, this finally happens: 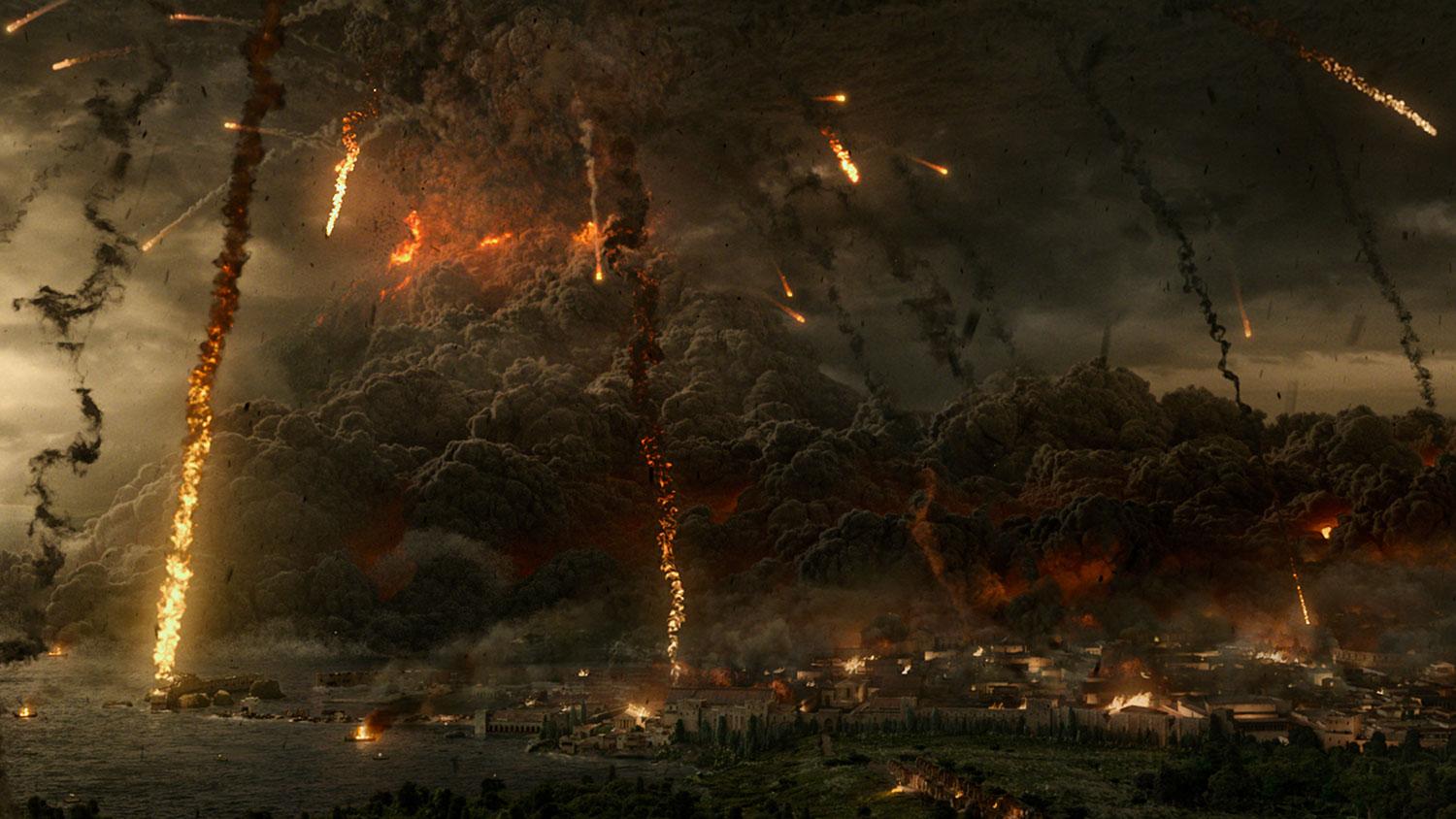 NOW WE ARE TALKING!  Much like when I watched Titanic (which they literally steal the ending from), I was rooting for the disaster.  Vesuivius rained down fiery balls of fire on Pompeii and by the time we’re done, that city has been thoroughly destroyed by every volcanic method possible.  I don’t know that the actual burying of Pompeii took as long as it took for Paul (Resident Evil not There Will Be Blood) Anderson to direct the destruction of the ancient city.  It looks fantastic though!

I know this review has been….let’s call it “glib” and be kind, but this really is a movie that existed to showcase the F/X of the volcano which do look spectacular.  That they stole so blatantly from Titanic and Gladiator (which itself stole pretty blatantly from Ben Hur and Spartacus), just struck me as so lazy that I didn’t see the point in even trying to take the film seriously.
2.75/10