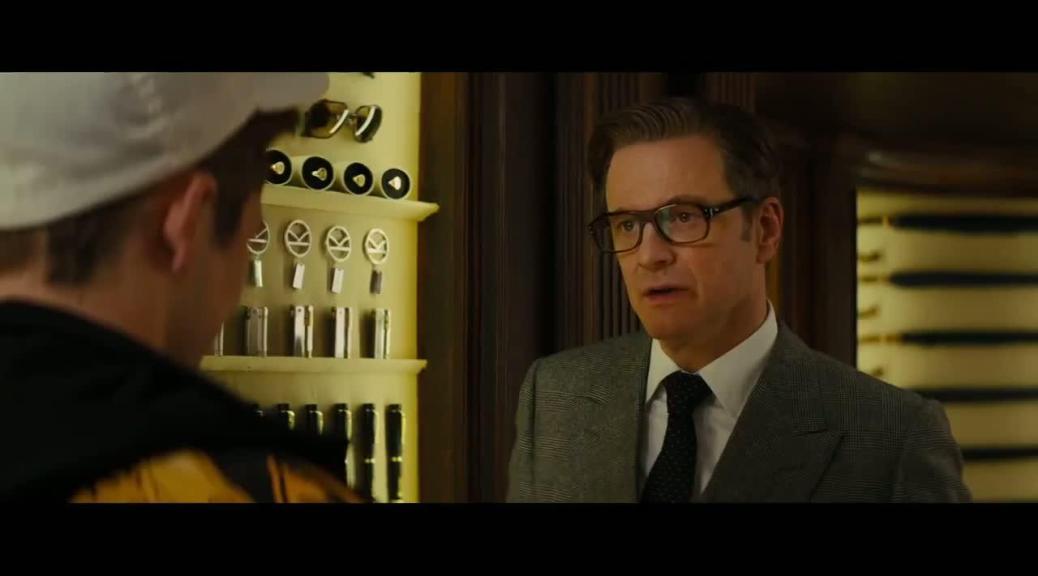 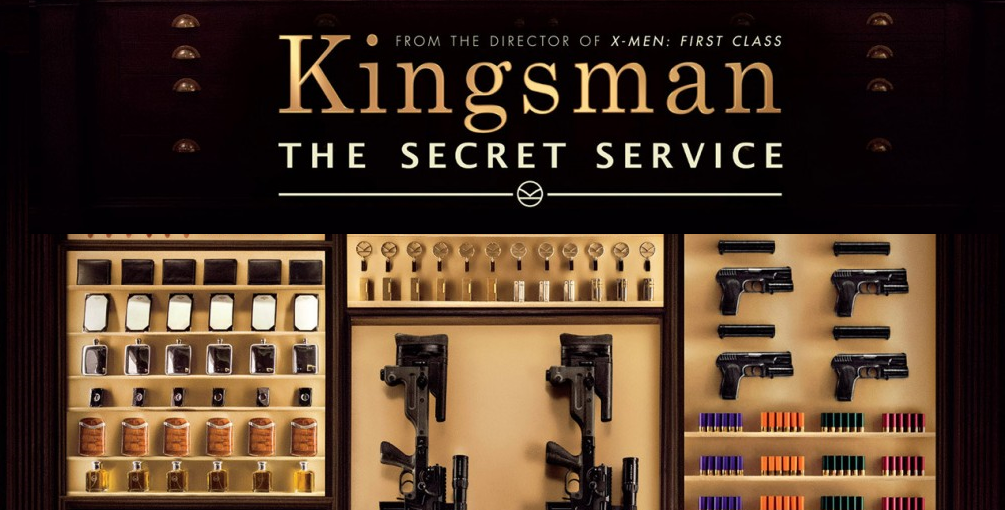 Mark Millar makes me nuts.  I should probably be more specific on that for those of you who dated in high school.  Mark Millar is a very successful comic book writer.  He’s also been very successful in getting his creator-owned projects (Wanted, Kick Ass) made into successful films (both better than their source material).  He’s also written two of the best books at Marvel I’ve ever read: 1985 and Wolverine: Old Man Logan, both of which I could not recommend more highly.  I cannot blithely dismiss him as a whole, which I would really like to do because I think he’s overly crass and obsessed with the lowest common forms of cheap laughs.  Then he’ll write something like 1985, and I have to take him seriously again knowing he’ll just piss me off later.  Kingsman: The Secret Service (based on Millar’s comic The Secret Service) is a perfect example of Millar’s bipolar appeal. 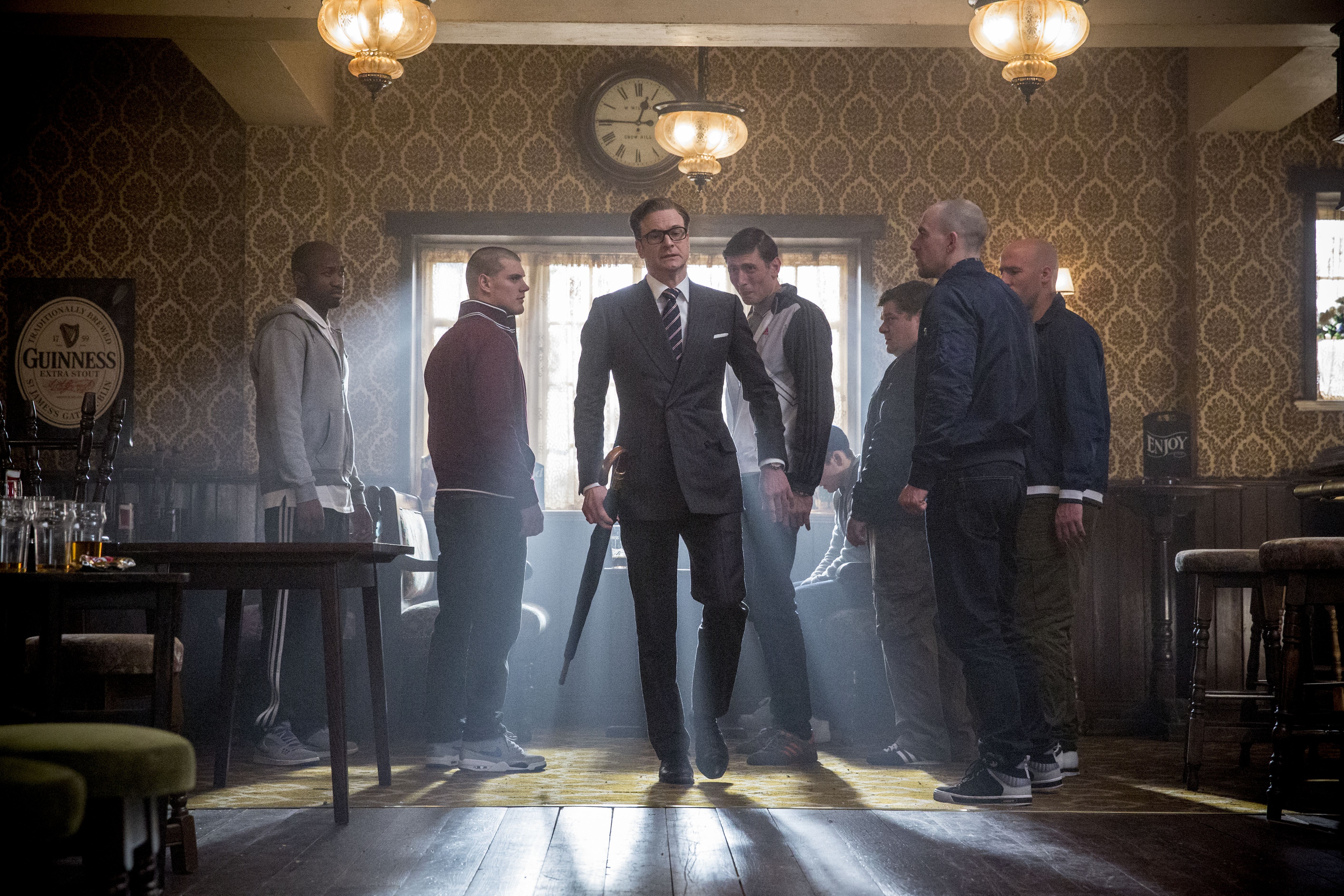 The Kingsman are an independent spy agency housed under a tailor’s shop.  They answer to no one and have been around since the days of King Arthur.  Their agents take up code names that correspond with Arthurian lore (Lancelot, Merlin, Gallahad, etc.).  The movie opens with the demise of the current Lancelot and Arthur (Michael Caine) orders each of his agents to bring in a candidate to train as a replacement.  Most of the candidates are from upper-crust families with impeccable schooling.  Gallahad (Colin Firth) brings Exey (Taron Egerton).
Exey has history with The Kingsman, but it’s not something he’s particularly cashed in on with his life thus far.  Dropping out of the Royal Marines to help his mom, Exey spends most of his time jacking cars and causing mischief.  That is, until Gallahad uproots his life (following a very cool scene in a bar where Colin Firth destroys a mob with an umbrella) and dumps him into Kingsman training. 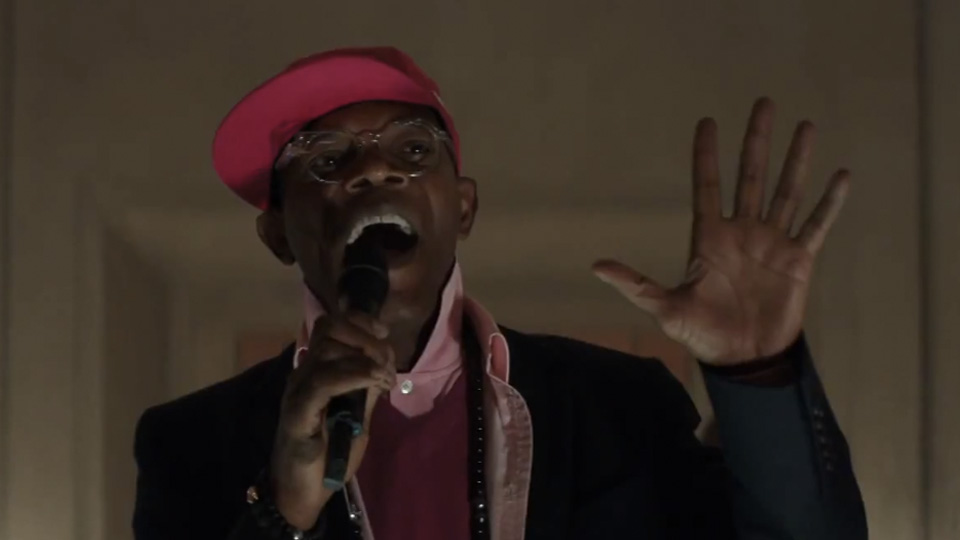 Training for the Kingsman is a little like The Hunger Games crossed with Lord of the Flies, and the success of a candidate is made all the more urgent by the threat posed by Samuel L. Jackson’s super villain.  I have no idea what to make of Jackson’s character.  It seems like almost a racist caricature of black people, but stops just a whisker shy of being overtly offensive (to me; I could easily see how someone else might feel differently).  Jackson’s character is a tech mogul who has given free cell phones to a significant portion of the world’s population and is going to activate a chip in each phone that makes people go….violently crazy.  Oh and Jackson’s henchwoman has knives for legs.  No, seriously.  Like Odd Job, but upside down. 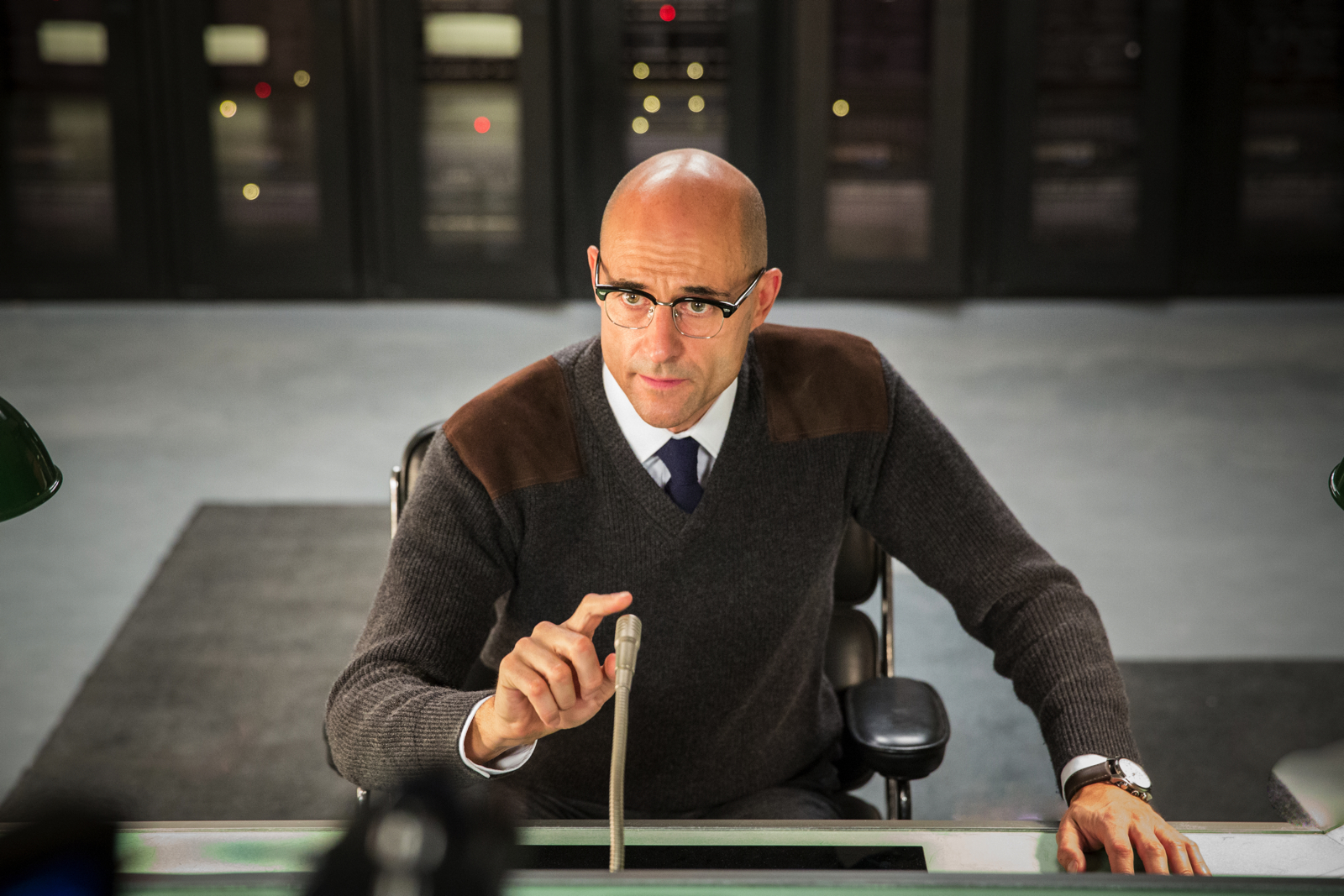 The thing with Kingsman is, I can never tell what kind of movie it’s trying to be.  Is it just a straight-out, over-the-top comic movie like Wanted was, is it some kind of weird spoof of the goofiest of James Bond films or is it actually trying to take itself seriously.  The tone of the film varies wildly from scene to scene and contains enough of Millar’s trademark “humor” to irritate me.  Matthew Vaughn really passed on X-Men: Days of Future Past for this? 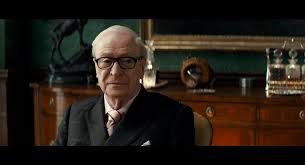 There are some really cool ideas and scenes in the film.  Mark Hamill makes a random appearance, which is never a bad thing.  I’m not sure if Colin Firth is eyeing Liam Neeson’s tall, lanky, pale action star throne or not, but he’s easily the best thing in the film.  Wait, no, the best thing in the film (and out of context this is going to sound really bad) would be the most exploding heads I’ve ever seen set to the 1812 Overture.  See, I told you it would sound a bit off.  There are also a few shocks and twists in the film that I did not see coming. 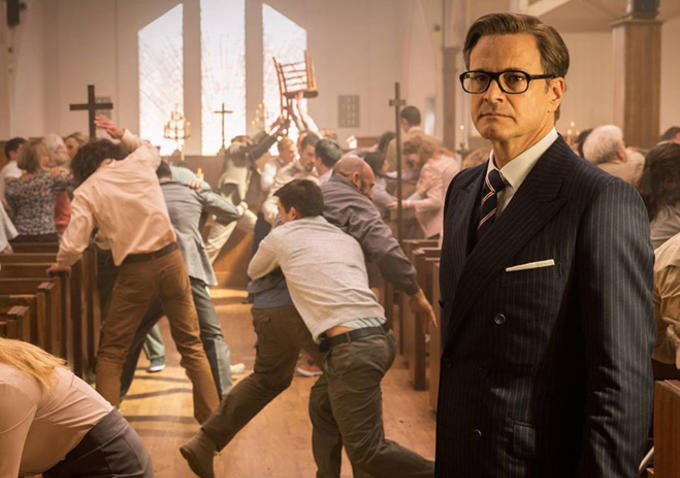 If Vaughn had just decided to pick a tone for the film and stick with it, instead of bouncing all over the map, and they came up with more cleverness like the chorus of head explosions, then this would have been the movie I wanted to see.  I’m weird; I think exploding heads are kind of hilarious.  But Vaughn didn’t do that, and despite a stellar cast, to me the film ultimately fails as anything more than an eventual rental.
5.75/10