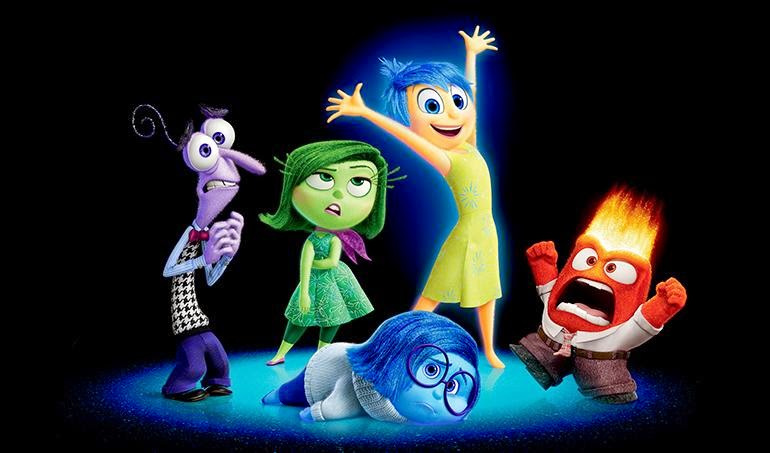 Something happened to Pixar post-Toy Story 3…..it became just another animation studio.  Whereas (with the exception of the abomination that was Cars 2) Pixar has been cranking out some of the best animated films ever created since 1995’s original Toy Story, the last few years have been just…good.  But good isn’t good when great is the expectation, and ever since I heard the concept for Pete Docter’s (Monsters Inc, Up) film, I’ve been longing to see Inside Out.  Docter does not disappoint and delivers Pixar’s most imaginative triumph to date.  I’m not saying Inside Out is Pixar’s best film, but I can’t think of any other title in their catalog that has so many literally mind-blowing ideas stuffed into one movie. 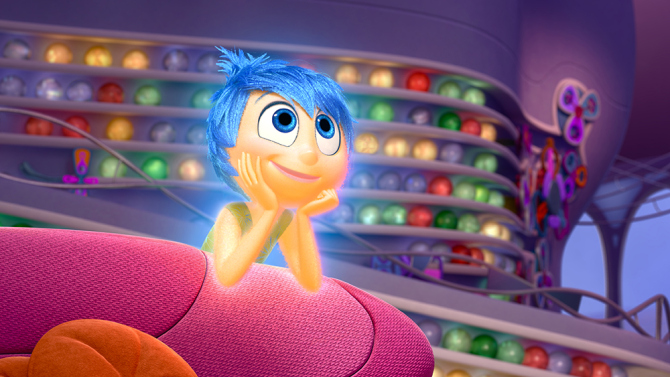 I don’t think I’ve ever done this in a review before, but rather than summarize the plot myself, I’m going to plug-in the official synopsis because I really don’t think I can boil this down more simply:
Riley (Kaitlyn Dias) is a happy, hockey-loving 11-year-old Midwestern girl, but her world turns upside-down when she and her parents move to San Francisco. Riley’s emotions — led by Joy (Amy Poehler) — try to guide her through this difficult, life-changing event. However, the stress of the move brings Sadness (Phyllis Smith) to the forefront. When Joy and Sadness are inadvertently swept into the far reaches of Riley’s mind, the only emotions left in Headquarters are Anger, Fear and Disgust. 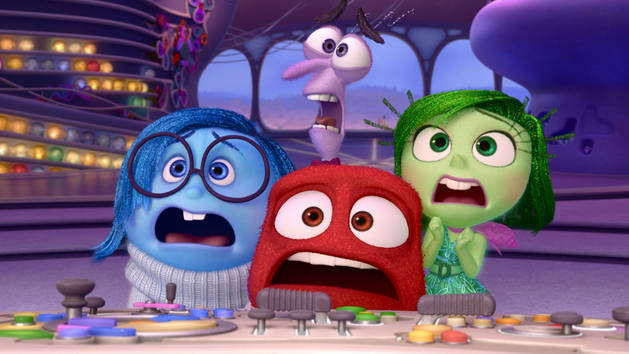 That concept is so brilliant, the only question was whether or not Docter could fill an entire film with ideas to flesh it out, and that is not a problem AT ALL.  Inside Out explores so many concepts regarding emotions, the nature of memory, the complexity of feelings, how our memories define our personality, how our emotions work together in ways we never imagined and I haven’t even gotten into the subconscious, imagination (including imaginary friends) and nightmare birthday party clowns (I….hate….clowns).  In fact, it’s not an exaggeration to say that my undergrad Psychology 101 was completely covered (and in a much more enjoyable way) in this 90 minute romp through the mind of an 11-year-old girl. 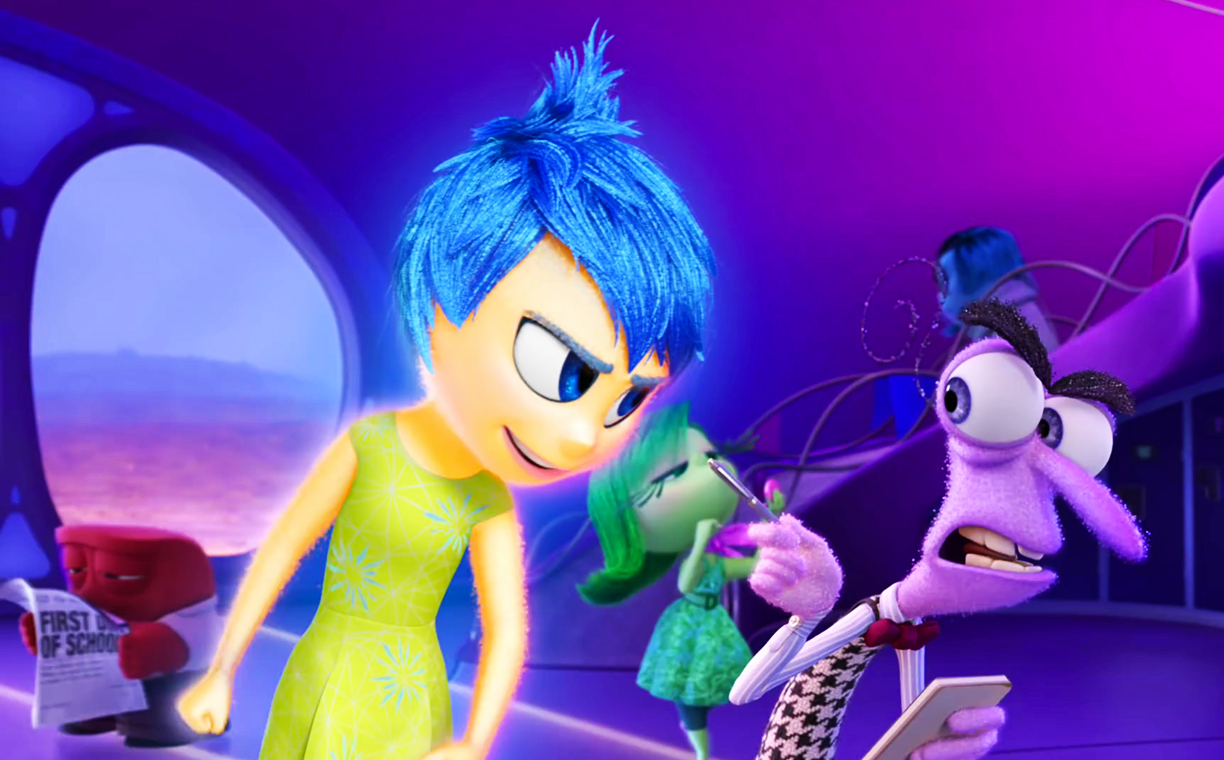 The voice cast is outstanding, featuring mostly alums from Saturday Night Live and The Office, with Amy Poehler leading the way as Riley’s embodiment of Joy.  Poehler gives the best vocal performance of anyone in an animated film since Ellen DeGeneres in Finding Nemo.  She’s absolutely brilliant.


So is there anything wrong with the film?  Honestly, the only qualm I have, and this is exceedingly minor, is that the film is much more serious that you would think from the advertising and it’s such a deep probing of the inner workings of the mind that I don’t know if this film is going to resonate with kids the way that past Pixar classics have.  Parents may leave with more to chew on then the rugrats. 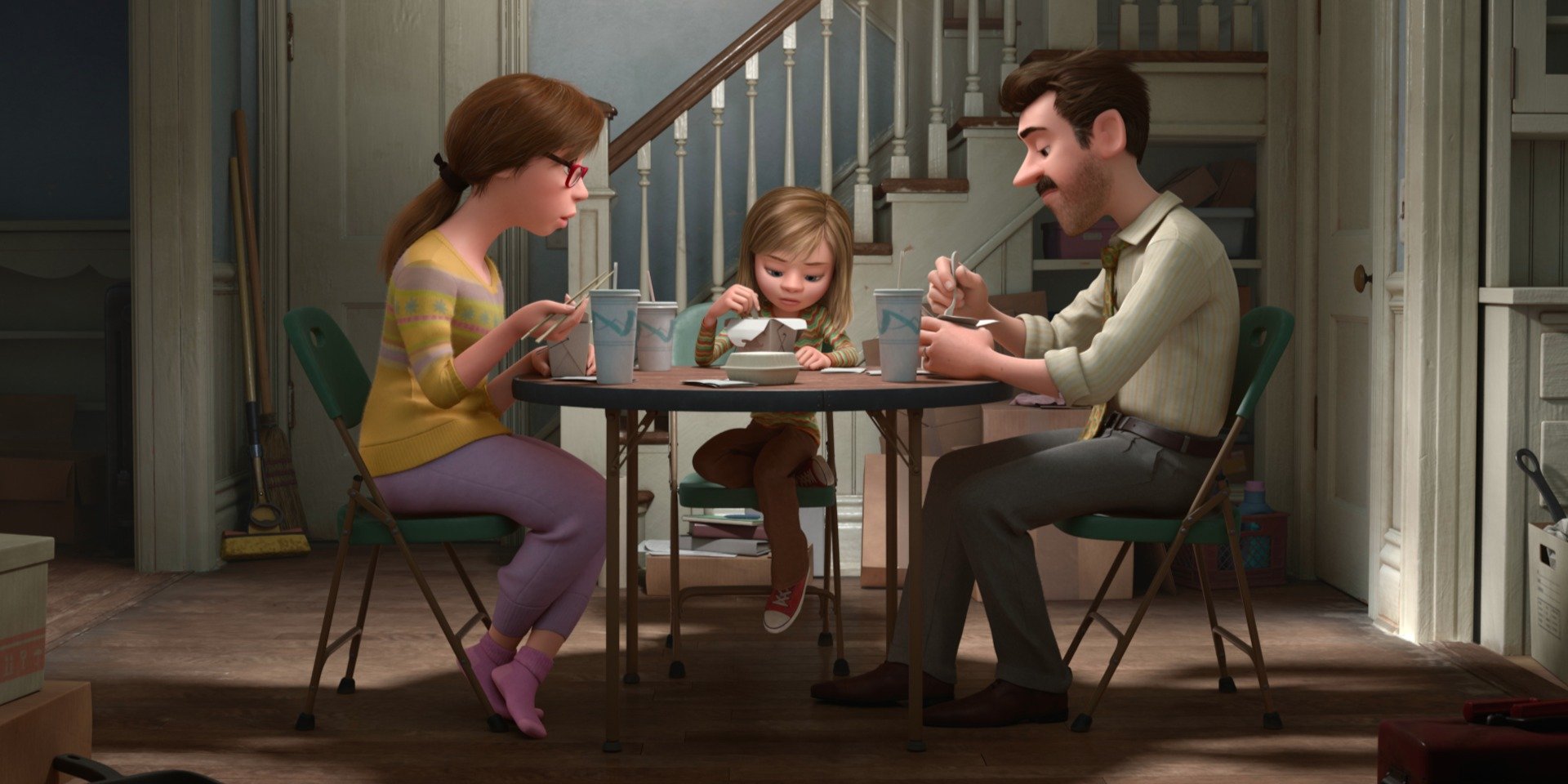 That’s not to say there aren’t some absolutely hysterical moments in this film.  Once the initial framework of how things work is established, the funniest bits are when we zoom into the minds of other characters to see how their emotions are reacting.  The dinner scene between Riley’s parents and a Riley being entirely run by Anger, Fear and Disgust is classic.  The biggest laughs in the whole film, though, may be over the credits as you get to see inside the minds of various characters, so don’t get up right away.


Inside Out takes its place in the upper echelon of Pixar’s best and snaps the studio out of a slump.  Hopefully this fall’s The Good Dinosaur will continue the trend and we’ll have BOTH Pixar and Disney animation spitting out excellent films.  Then again, sequels to Finding Nemo, The Incredibles and Toy Story (yes, again) are all in the works, so I’m hoping Inside Out doesn’t get lost in the Jurassic World mania and reminds the studio what they can do when they’re at their very best.
9.75/10