Remember when Spielberg films were events? A new film by Steven Spielberg was the equivalent of a MCU film, a Star Wars film, because we knew something amazing was going to happen.  Last week, Spielberg’s Bridge of Spies opened with $15.9 million and got beaten by Jack Black’s Goosebumps.  What changed? Well, frankly, Spielberg did. He stopped evolving as a developer, forgot how to conjure the magic from deep within our childhoods and flat out did not know how to end one of his movies to save his life.

His last film, Lincoln, should be a classic. Daniel Day-Lewis turned in one of the most amazing performances by any actor I’ve ever seen, period. The film, though, is bookended by a beginning so laughably childish it would be out of place in a 3rd grade play and an ending that muddied the point of the entire film and added another 20 minutes to an already weighty endeavor. So, it’s a shame the public, after more than a decade of Spielberg underwhelming, has caught on, because Bridge of Spies is his best film since, probably, Catch Me If You Can.

In the late 1950’s US authorities apprehended a Soviet spy, Rudolf Abel (Mark Ryalnce, who steals this film). Since no one wanted to defend him, the court asked the American Bar Association to volunteer someone and they shoved insurance lawyer James P. Donovan (Tom Hanks) into the role. Roughly a few years after Abel’s trial, Soviets shot down an American spy plane over Russian airspace and sentenced the pilot, Francis Gary Powers (Austin Stowell), to 30 years in prison. Donovan is soon approached through back channels about a possible prisoner exchange and the setting then shifts to a split Berlin and a high-stakes poker game between two superpowers to get their respective people home. 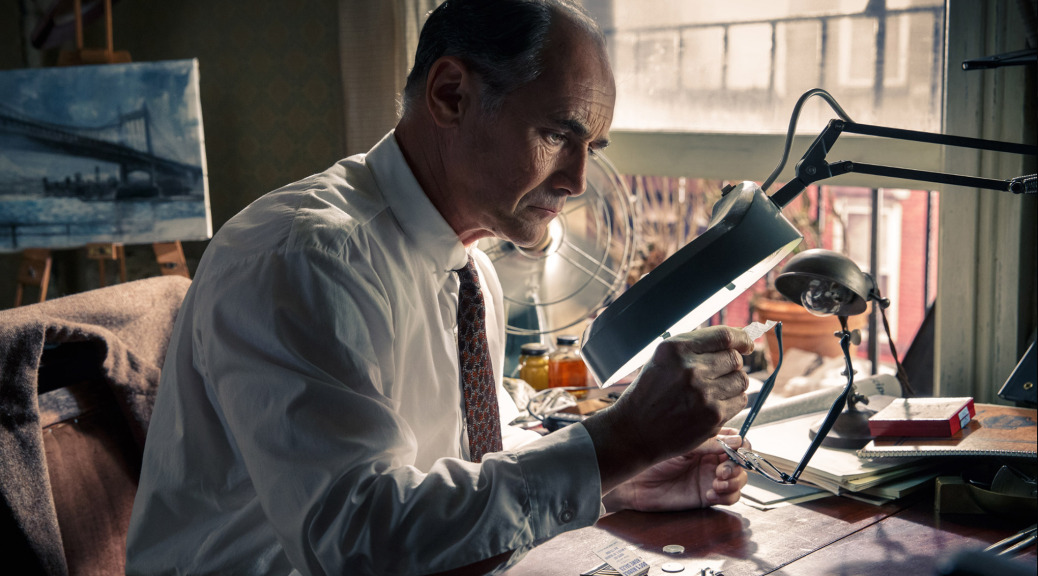 The plot is dense, is what I’m saying. That summary was about as simple as I can make it, and should make it, because this is a film that’s primarily taking place in courtrooms and boardrooms. The Coen Brothers wrote the script for the film, and if you’ve ever wondered what a Coen-written, Spielberg-directed film felt like…well, it feels like none of them. One of the reasons this is the best Spielberg film in over a decade is that there’s nothing remotely in it that makes you feel like it’s a Spielberg film. This is the first film he’s done in 30 years that John Williams hasn’t scored (Williams was busy with Star Wars Episode VII) and they’re such a team that removed of that sound, really all you’re left with is the cinematography of his other longtime collaborator, Janusz Kaminski, to denote Spielberg’s presence. 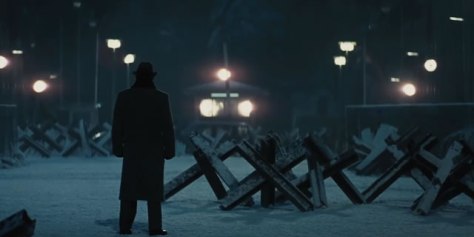 The cast is a great ensemble.  Hanks has to carry the great part of the film and does so with the aplomb we’ve come to expect. He and Richard Ayer have some really beautiful scenes as a friendship forms between this insurance letter and a Soviet spy. The Coens give Hanks some great monologues, timely reminders and funny ajoinders.  It’s a shame there’s no real soul to the film, but the acting and the amazing story itself make it a film not to be missed. I just wish I could report that the film is really good because Spielberg’s back, but it’s more true that the film succeeds in spite of him.
8.25/10