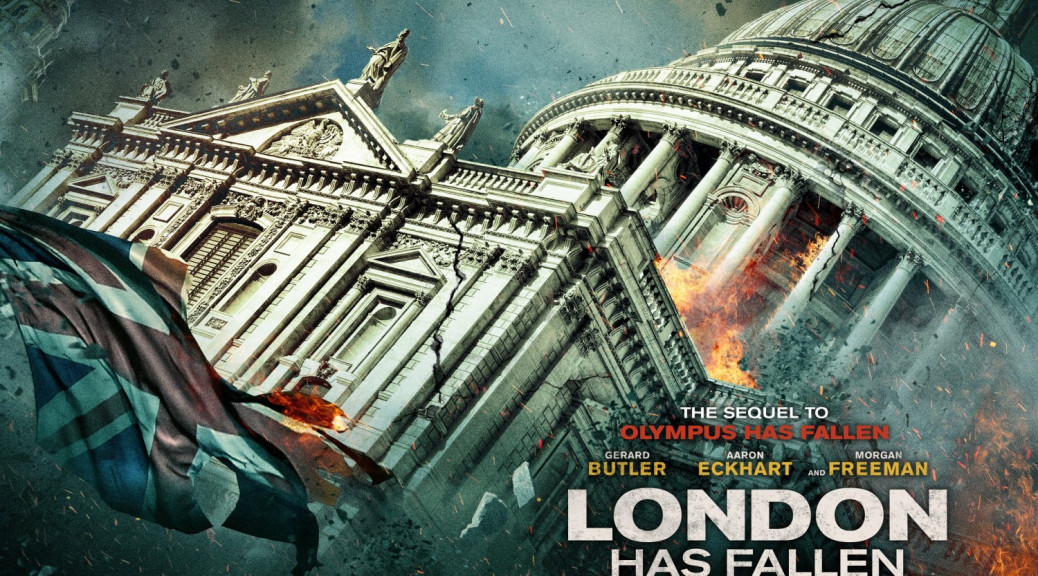 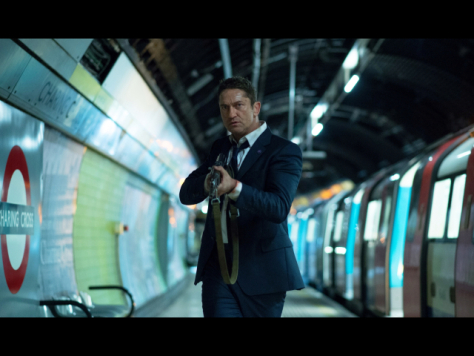 London Has Fallen is the completely unneeded sequel to 2013’s Olympus Has Fallen.  In the previous film, terrorists overran the White House and went after President Aaron Eckhart.  He was saved by Super Secret Service Agent Leonidas (Gerard Butler…really just playing Leonidas with guns).  In London Has Fallen, the leaders of all the major countries of the world are traveling to the state funeral of the British Prime Minister, but wily terrorists are again in place and blow up pretty much every major landmark in London in an effort to assassinate them all.  The sole survivor?  You guessed it: President Two-Face and Secret Service Agent Leonidas are on their own in a London TEEMING with terrorists, with only their guts, their Amurrica Can DO and approximately enough ammunition to fell the moon to save them. Do you like the Call of Duty video games?  Do you sit and stare at FOX (cough FIXED cough) “News” and like to develop hemorrhoids of rage from you inability to pick up a AR-15 and start mowing terrorists like the lawn?  Do you feel that the only problem with the War on Terror is that we are not killing ENOUGH people?  Finally, do you have absolutely no regard for a coherent narrative?  I ask all these questions, because if you pass this questionnaire, I have your new favorite movie.

First of all, what exactly has President Two-Face (I’m sorry but I’m just going to call them by their awesome roles) done in his administration to warrant this level of effort to kill him?  I don’t think in the history of film that a cinematic President of the United States has ever warranted such a concerted effort to wipe him from the face of the Earth?  Once the “plot” gets going, it’s pretty much non-stop body count and ‘splosions for 90 sensory-depriving minutes.  I’m not joking about the script.  No Call of Duty video game has had a script this bad since …ever?  The direction and editing is sloppy and frenetic and the whole thing is such a slap in the face to the preparedness of the UK to fight terrorists (which they’ve been doing a lot longer than us) that it rivals the mocking the Secret Service got in the first film.  In case I’m not making myself abundantly clear: this movie is baaaaaaad (unless you passed my questionnaire, in which case you’ll probably double-header it with Team America: World Police). 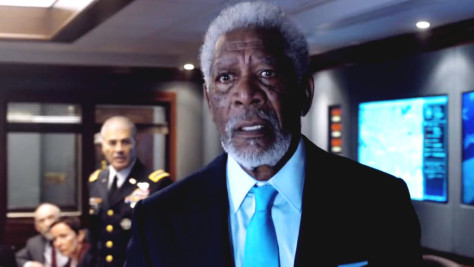 I like a mind-numbing action flick as much as the next guy, and there are some good F/X sequences, plus Morgan Freeman being IN a film automatically gets it a point or so.  There’s a weird undercurrent of heightening the fear our world already has too much of combined with a not even close to subtle call to arms message that’s really off-putting (especially since this is probably going to be Donald Trump’s new favorite film).  Full of noise and fury with plot holes you could drive an Abrams Tank through, London Has Fallen is something that should only be even attempted as a rental.  Morgan Freeman only has so many films left, people, let’s not waste a national treasure.