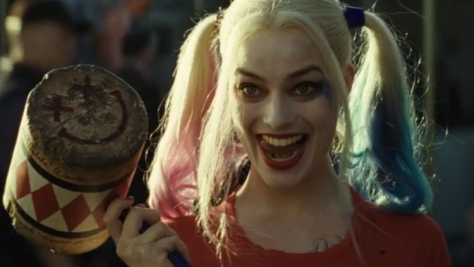 Since its stunning first trailer appeared last year, this movie looked like a slam-dunk for DC.  After Batman vs. Superman’s negative reaction, Suicide Squad was still there to stem the tide.  That’s why it has been so disheartening to hear negative review after negative review slam the film.  I went in with an open-mind, and I’m going to offer as spoiler-free a review as I can.  Suicide Squad is the best DC film (live or animated) this year.  That’s not to say I just gave it a huge compliment.  This is a film that has clearly been tampered with last-minute, suffers from some really dodgy CGI, and a key performance that drags the movie down.  In many ways it feels like two films; the first and second hour.  Ultimately, this is an extremely flawed film, but there are some fantastic performances and enough DC fan candy to make it worthwhile, but there’s an amazing film buried in all of this that got completely butchered in the editing room and in reshoots (The Hollywood Reporter two days ago did a big piece on the behind the scenes drama; click here to read).

Suicide Squad is trying to be two things at once and when you try to do that, you end up being unsuccessful at both.  On one hand, it’s trying to be a gritty Dirty Dozen, villains on the loose for a greater purpose, dark underbelly of the DCU movie.  On the other (way way more forced hand), it’s trying to be Guardians of the Galaxy sans space.  The first hour of the film gives the character’s backstories, gets Amanda Waller (Viola Davis) her Task Force X (Suicide Squad’s official name), and sets the mission that they will be facing: trying to take down the Enchantress who, for non-fanboys, is an extremely powerful black magic wielder that in the comics would most likely be dealt with by Justice League Dark.

This first half of the film is painfully and obviously slapped together in a series of disconnected vignettes more than a building narrative.  That’s not to say there aren’t cool moments.  Seeing Batman from the perspective of the villains is something I don’t think we’ve ever gotten.  But the real treats come from the two standout performances of the film, and it’s not the two you were thinking of going into the theater.  Viola Davis is amazing as Amanda Waller.  She’s smart, vicious, driven, and a clear fan of the ends justify any means whatsoever.  The other is Will Smith’s Deadshot.  This is, without exaggeration, maybe the best performance Smith has laid down in a decade.  His Deadshot is a deadly assassin with a body count higher than a skyscraper, but he’s also a loving father and has his own twisted ethical code when it comes to whom he will or won’t kill.  I hope we see a lot more of both characters in films to come.

The two you’re probably wondering about are Harley Quinn (Margot Robbie) and the Joker (Jared Leto).  Robbie has been featured so heavily in all the trailers and promotional material that really the only things you haven’t seen of her performance were cut or involve her relationship with the Joker.  I was really surprised by how long it took me to warm up to her as the character because I was so sold coming into the film.  The pivotal scene in the movie is where Harley’s serving as a bartender and this group of amoral loners becomes a unit.  From that point the squad gels and the movie (barring one CGI character which is distractingly bad) as a success through the end (there is also a mid-credits scene that has very interesting possibilities for the future of the DCEU.

It was never going to be easy to follow Heath Ledger’s Joker.  I mean, the man became a tragic film legend, turning in the performance of a lifetime and winning an Oscar, though dying before the film’s release.  Jared Leto has an Oscar of his own, and the Joker can be played so many different ways effectively so I went along with the tattoos, the grill, etc.  I hate Leto’s Joker.  Hate it.  It’s not so much any facet of the Joker as it is Scarface with an extreme weapons fetish.  Moreover, the relationship with Harley is misogynistic, abusive, creepy, and disturbing.  Harley’s origin is altered in a particularly stupid way, and though it was certainly never a healthy relationship in the animated series, it wasn’t this.  Moreover, there really is no reason plot-wise, for the Joker to even be in this film.  It would have been a better movie focusing more on developing the actual team members than sticking a bunch of flashbacks in and the Joker is just too big a villain to be a cameo presence, which he largely is.  If I had my way, his last appearance in the film would have been his only.  But, I don’t want this Joker anywhere near a Batman movie, and I have no interest in a Harley and Joker movie at this point.  It’s sad, but he’s a common mobster with a ton of guns and a pale complexion.  He’s not the greatest villain in comics.  This is unfixable even if they release an extended R-Rated version of the film.  Moreover, poor casting sinks not one movie but several and I have no interest in ever seeing Leto’s interpretation of the Clown Prince again.

I would say the film is worth seeing for the good performances, the lesser players on the team are solid, and while it’s a mixed bag, there are some powerful scenes.  It certainly isn’t a complete disaster, but it should have been a lot more.
6.0/10