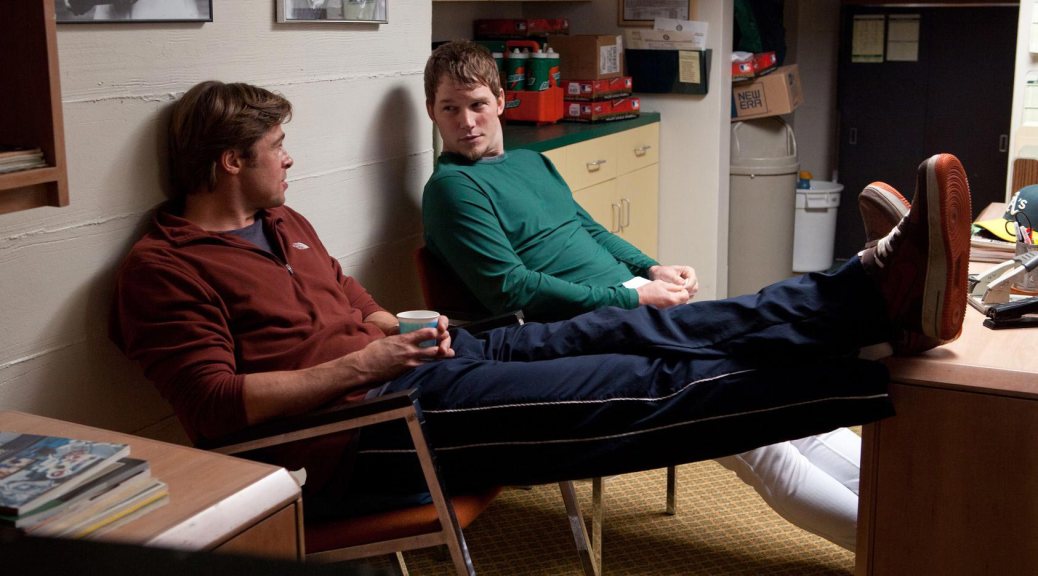 If you’re not a baseball fan and you’ve never watched Moneyball because of that, here’s a great piece of news: it’s not really a baseball film; it’s a film about economics.  Wait.  No.  That doesn’t make it sound more exciting.  Moneyball by Michael Lewis is a book that changed the way baseball is viewed by fans and baseball personnel.  It attempted to explain how the Oakland A’s, a team with a payroll a fraction of the size of, say, the Yankees, Red Sox, or Dodgers, is consistently in contention for a spot in the World Series.  The answer is: they don’t sign players or people; they sign numbers.


The Oakland A’s General Manager Billy Beane became the disciple of a formula that looks for players who simply get on base.  Getting on base produces runs; runs produce wins.  Moneyball is the story of his crusade to change how baseball is run, and only Michael Lewis, who is the best writer on economic matters to people who have no understanding of economics (hi), and Aaron Sorkin, who can make any subject compelling and fun, could have put together a movie version of that crusade that is riveting.  It’s one of Brad Pitt’s best performances, as Beane fighting the entirety of the A’s to make his vision work, and one of the film’s best scenes comes before things start to click and he stumbles upon an upbeat locker room after another loss that Beane knows he’s going to have to answer for to everyone. 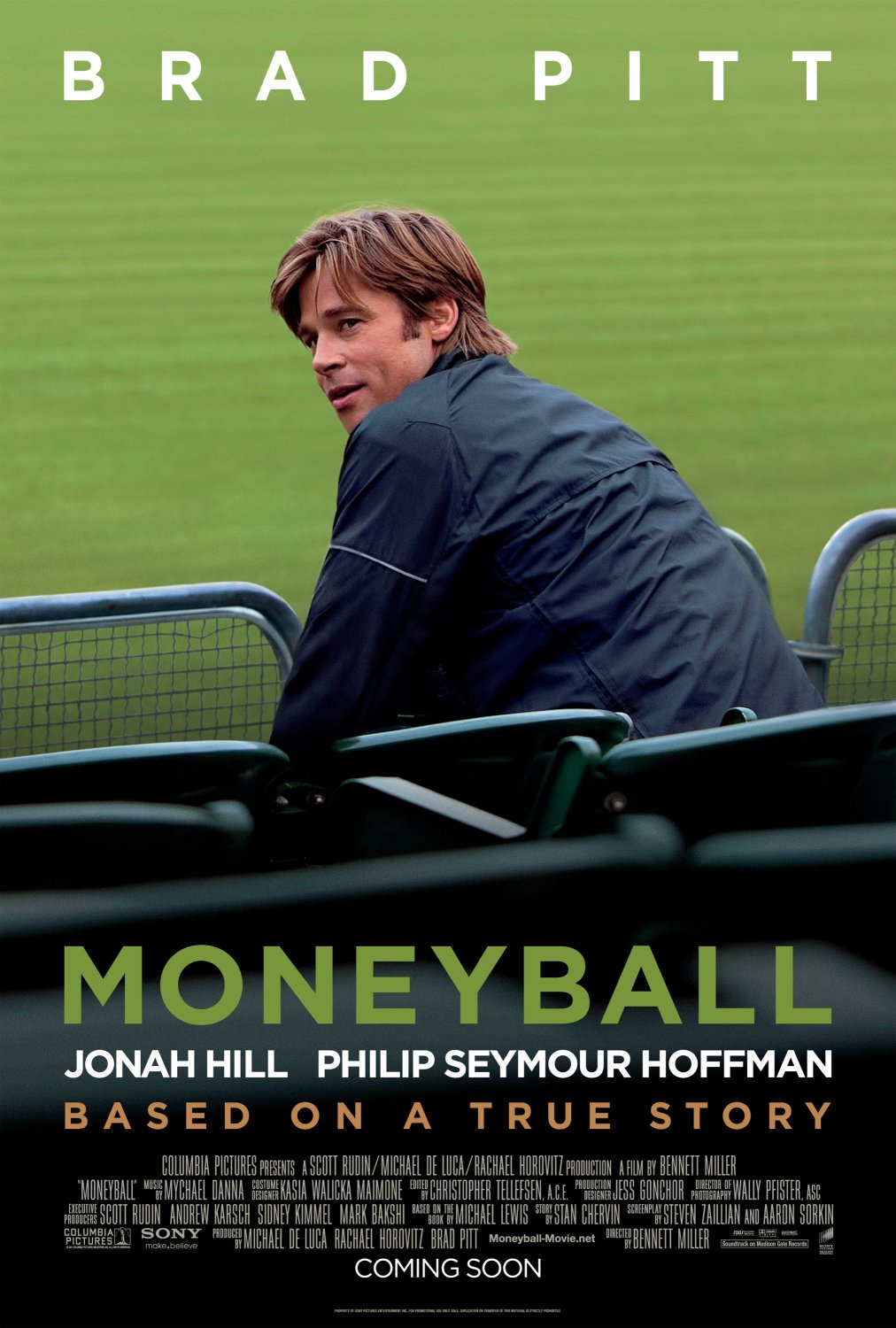