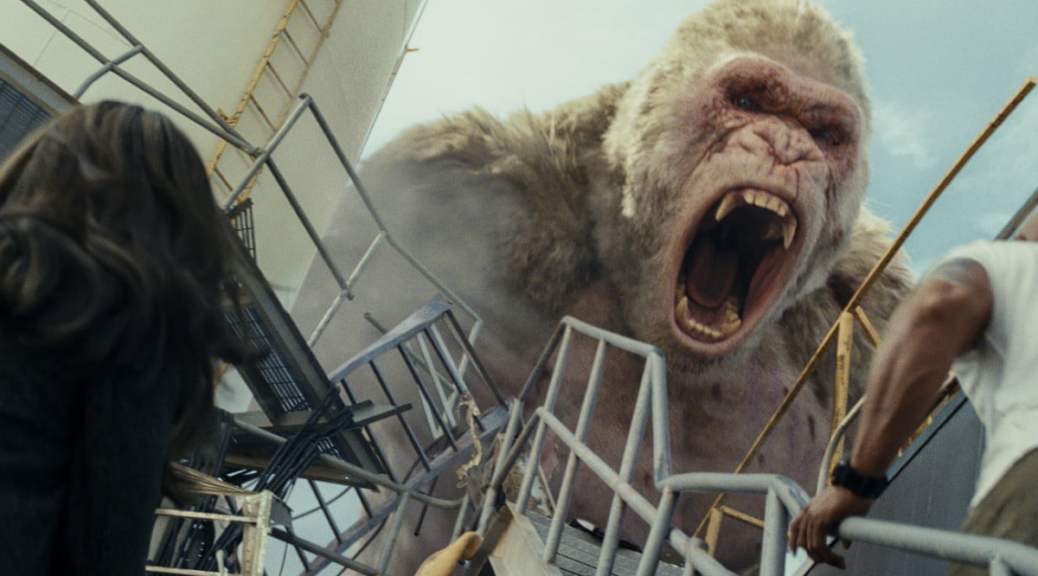 In 1986, there was released an arcade game in which you could play as a lizard, an ape, or a wolf, move back and forth on a static screen of a random cityscape, and beat it to ash.  That….is essentially the entirety of the plot of Rampage the arcade game.  I fed an unholy amount of quarters into that machine, and had fond memories of the arcade game, which naturally required a feature film adaptation.  Given my description of what the plot of the game was, you can see where they might need to add some things to reach a theatrical run time.  I was hoping this was going to be a really fun bad movie.  That was my bar going into the film.  Instead, Rampage is a hyper violent, crass, ball of dumb (yes even by giant animals smash things standards).  It’s not good bad.  It’s just baaaad.