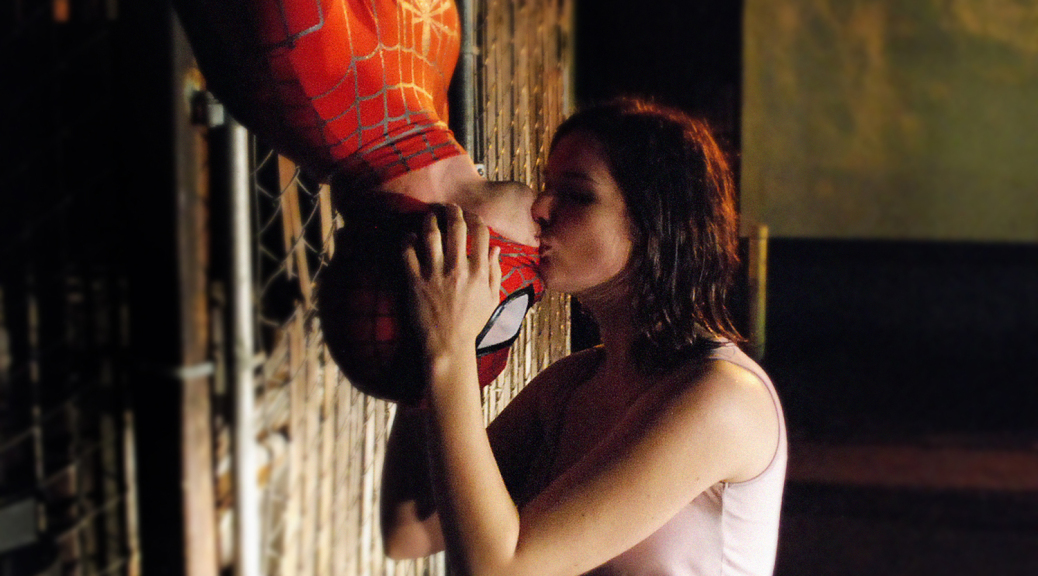 With Cap 2 behind us, the next blockbuster on the horizon is The Amazing Spider-Man 2, so the next four weeks on My Favorite Scene, we’ll be going through the previous four Spidey films and picking our favorite scene.

I was never a fan of Sam Raimi’s trilogy.  Spider-Man 2 is undeniably fantastic, but the other two film are critically flawed.  The first film failed utterly with its villain.  The Goblin Armor and treatment of Spidey’s arch-foe were awful.  I never liked the casting of either Tobey Maguire or Kirsten Dunst in their roles, but I would be a liar if I said this wasn’t a brilliant scene and one of the most iconic movie kisses of all-time.  Never let it be said that I am entirely without romance…..just mostly devoid.

How did you feel about the Raimi trilogy?  What was your favorite scene from the first time we got to swing with Peter through the chasms of NYC?