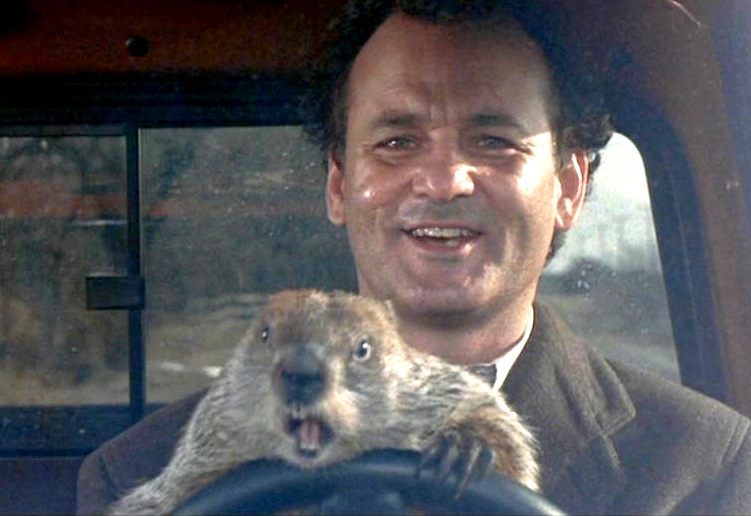 Groundhog Day is one of my three favorite comedies of all-time.  It’s Bill Murray’s best film and, while being hysterical, is also one of the wisest comedies I’ve ever seen.  Everyone feels like weatherman Phil Connors, stuck in the same day, day after day.  It’s connected with people so much in the last 20 years because most of us do feel like we live the same day over and over again.  Life is mundane, a straight line of sameness with a few glorious peaks and tragic valleys.


My favorite scene, though it’s tough, is when Phil is so burned out after who knows how many hundreds-if not thousands-of days of waking up in Punxsutawney, PA, that he decides he’s an immortal.  He can’t kill himself, he can’t die, he knows everything that happens that day and everyone in the town and in this scene he proceeds to demonstrate this to his producer.