Confession: these days I am not a television person. As TV gets better I watch less, because of the time commitment. I hope to start Breaking Bad and Game of Thrones this week, but the last show I got hooked on was The Sopranos, and that was a while back.

My favorite show of all time is Twin Peaks, which was cutting edge back in the days when TV was not cutting edge. Back then the Sledge Hammers were few and the Golden Girls were myriad. I won’t say that Twin Peaks is the best show in the history of television—I would give that honor to The Sopranos—but it holds a special place in my heart.

Twin Peaks is a rare surrealist show. Even rarer, it defies categorization. If I were forced to pigeonhole it in a single sentence, I would call it a dark murder mystery crossed with a spoof of a soap opera. Fantasy, horror, and absurdist humor abound. The movie-quality cinematography and haunting musical score contribute to the eerie overtones of menace, and the serial-style storytelling rewards patience and scrutiny. The many intertwined plots do not rely on soap opera cliches; in fact, the show goes out of its way to subvert the conventions of the television medium.


Twin Peaks is set in a small fictional Northwest town. And somewhere, someday, a psychology student really needs to write a paper exploring the pathology of each of the town’s inhabitants, because these people are pretty much unstable across the board.

The rape and murder of Laura Palmer, prom queen and secretly messed-up person, sets the sinister events of Twin Peaks in motion. FBI Special Agent Dale Cooper, one of TV’s great fictional detectives, is assigned to the case because the crime spanned state lines. Cooper has the deductive powers of Sherlock Holmes, but when push comes to shove prefers to use his intuition. For example, a dancing dwarf who appears to him in a dream yields useful information. And then there’s the deductive technique that involves throwing rocks at bottles, which the Dali Lama imparted to him in another dream. And yet Kyle MacLachlan does not play Cooper like a nut. Instead he gives Cooper a straight-laced delivery to go along with his perfectly-slicked hair.


Cooper binds himself to the life of the town, winning over the residents with his unfailing good nature. He’ll win you over, too. Twenty-five years later Twin Peaks remains one of the darkest shows in the history of television—the mind of David Lynch was behind the series, and you’ll know it—but Cooper’s presence keeps the perversity in check.

Why did Twin Peaks only last thirty episodes? The central mystery was its biggest draw and also its biggest problem. Lynch and his collaborator Mike Frost viewed the mystery as a way to explore the dark heart of the town, and did not plan on revealing the identity of Laura’s killer for a very long time. But viewers became obsessed by the mystery, and the network started to demand closure. And when the murderer was revealed, the show’s writers were stumped. They never figured out how to keep people hooked on the show.


Personally, I love the entire run, even after the killer comes to light. It was clear to me early on that this was not a show that followed the trajectory and logic of a conventional whodunit. And if you are the sort of person who gets a serious thrill out of the final chapters of Agatha Christie novels, this might not be the show for you.

A warning: Twin Peaks ends abruptly on an apparent cliffhanger. It’s possible to view the last episode as a series finale, but if so, it’s a dark one indeed.


Another warning: stay far away from the movie, Fire Walk With Me, until you have seen the entire series and have become obsessed. Only die-hard fans should even think about watching FWWM. Only those with an intimate knowledge of the show will be able to navigate its depths. The movie is also disturbing, off-putting, and bewildering on a number of levels. It’s a prequel, too, and therefore gives away the solution to the mystery.

Twin Peaks has been imitated to death through the years, and the imitations have tended to rely on style over substance. But while the weird atmosphere of Twin Peaks is intriguing, the central mystery is what really grabbed people back in the day. It’s also what lost them.


No one, however, is asking you to buy the overpriced but tempting new blu-ray collection. The last time I checked, the entire series was on Netflix. Give it a try. 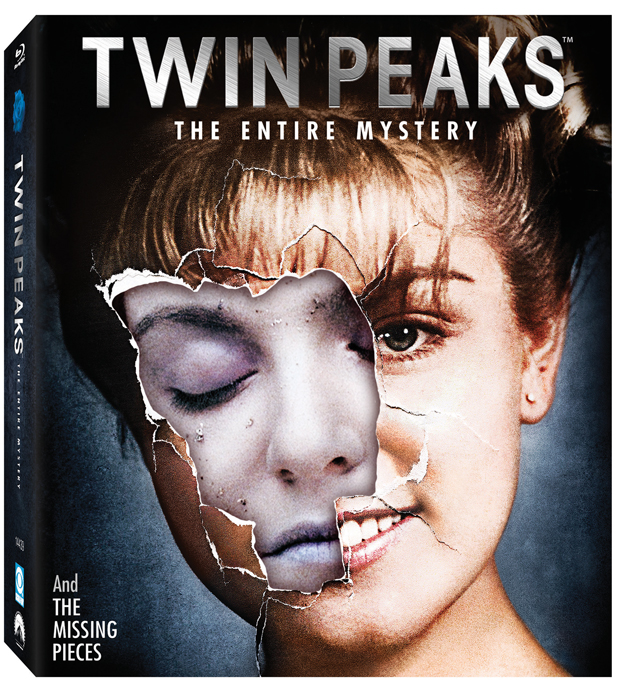