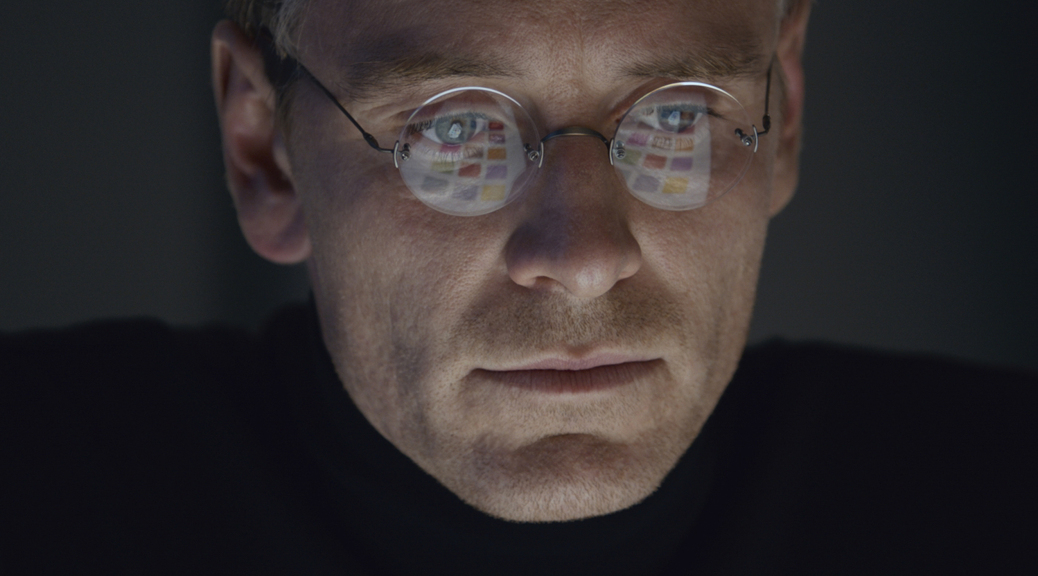 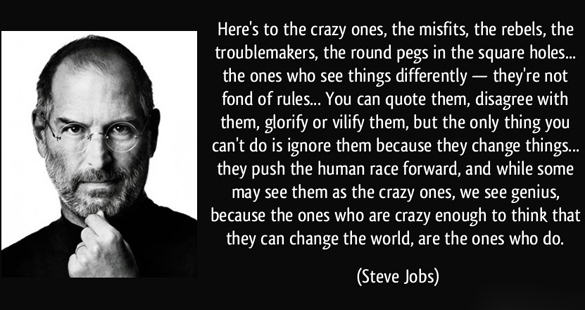 Biopics are a tough nut to crack.  How can you, in 2-3 hours give an accurate portrayal of the life of a person and events through which they lived?  When that person is as maddeningly complex as former Apple CEO and tech visionary Steve Jobs and you’re adapting Walter Isaacson’s 800 page biography, the task proves even more daunting.  Director Danny Boyle (Slumdog Millionaire, Trainspotting) and LORD OF THE SCREENWRITERS Aaron Sorkin (The West Wing, The Social Network, 84 Other Awesome Things) pick a brilliant framing device for their examination of Jobs and what results is not only one of the best pictures of a 2015 that is shaping up to be a fantastic movie year, but one of the best biopics I’ve ever seen. 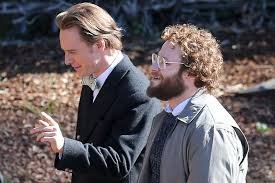 Steve Jobs (the movie not the man) is structured like a three-act play, taking Sorkin back to his earliest roots in the theater.  In fact, this film could be adapted for the stage fairly easily and should.  Instead of a traditional linear narrative, the film focuses on three separate product launches: 1984’s Mac, 1988’s nExt and finally 1998’s iMac and Jobs triumphant return to Apple.  Same players in each act: Kate Winslet as Jobs’ “work wife” (in which she is fantastic, Jeff Daniels as Apple CEO Jeff Sculley, Seth Rogen (in a great dramatic turn) as tech giant and perhaps Jobs’ only friend Steve Wozniak, and a succession of actresses playing Jobs’ daughter, Lisa. 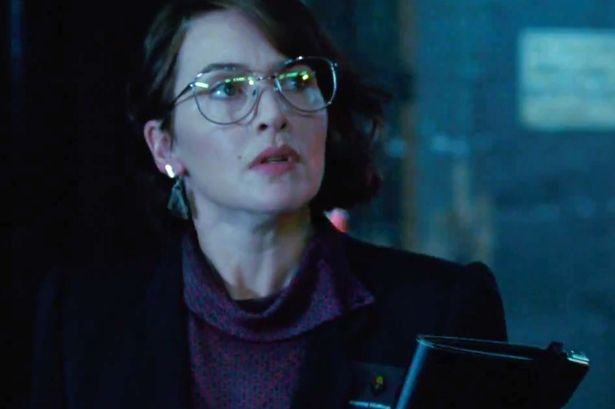 Anyone who know Aaron Sorkin’s work (and you’re dead to me if you’re not) knows there are going to be a lot of words, they’re not going to pander to stupid people and those words will come fast and they will come while people are walking.  It’s the man’s style.  Sorkin lets himself be more Sorkin-y than he was with, say, The Social Network or Moneyball, but it works because there’s a lot of serious tech jargon and extremely serious corporate and familial dramatics happening backstage at these events and Sorkin manages to hammer the drama home while still delivering a script that is funny, bordering on hysterical at times.

Managing all this chaos is Danny Boyle, who does, I believe, his best job as a director.  He has to keep a million plates spinning without losing the audience, make the action feel kinetic and frenetic when it’s really a lot of people talking leading to Jobs taking the stage before shareholders and he does it masterfully. 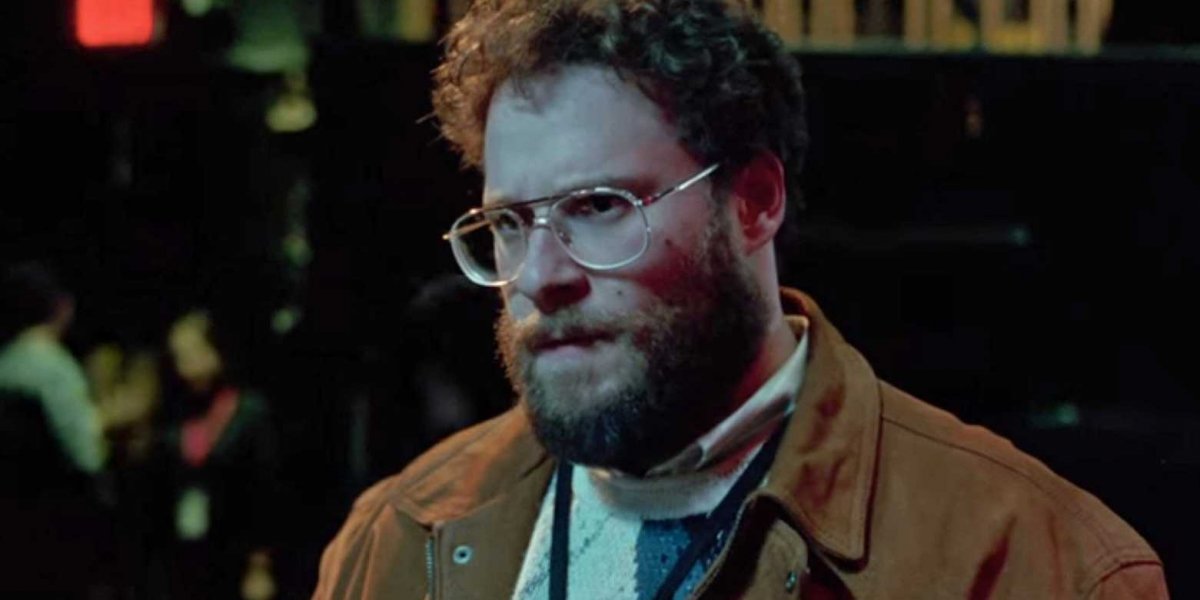 Michael Fassbender is the favorite for Best Actor right now.  His Jobs is abrasive, self-centered, borderline sociopathic, but still somehow likable.  Fassbender does a miraculous job of making you understand that this guy, while undeniably a dick, sees the world in a way that no one else does and it frustrates him to no end that no one else can see what he sees.  The film has two throughlines to Jobs maturation: his two children – the perfect computer and his daughter, Lisa. (whom he first denies is even his).  Sorkin and Boyle use those two anchor points to show you who Jobs was (as much as anyone could) and if you want more, then there’s a 800 page biography you can read.  This is a fascinating, riveting character study in three acts. 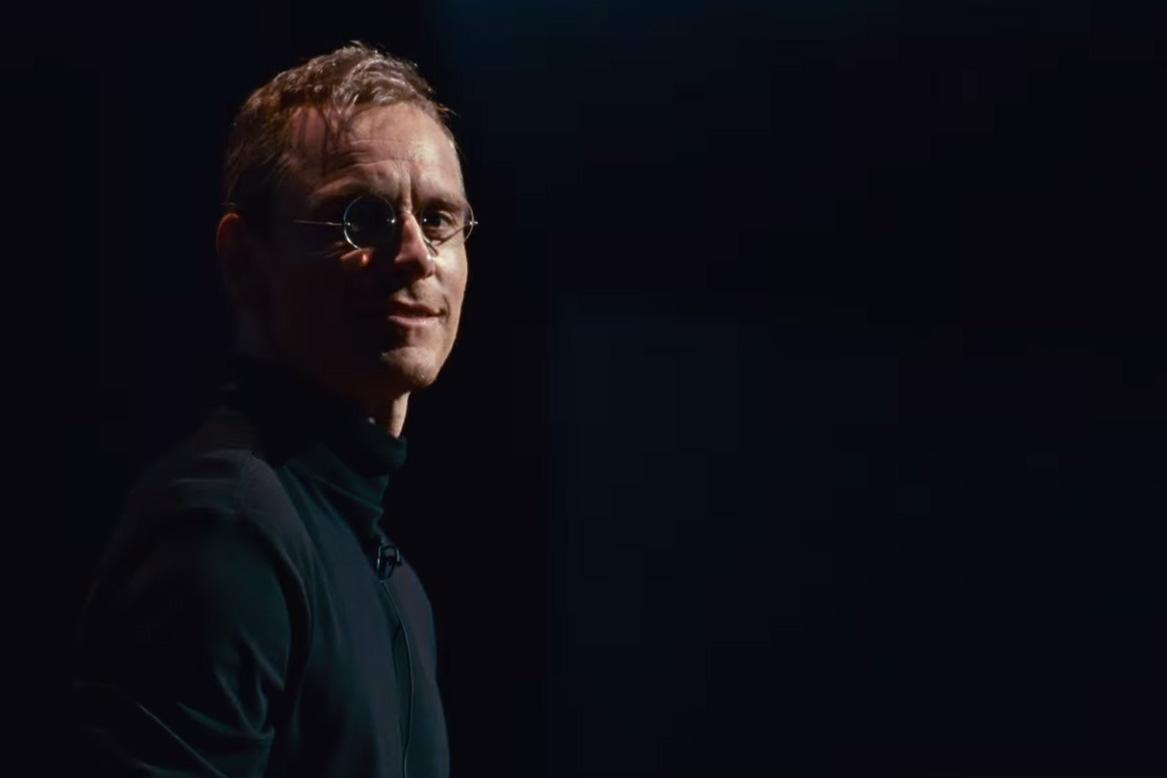 I’ve already handed out two 10’s this year and it’s rare I ever give more than three, so if another one comes along I think we may have to consider this one of the best movie years in recent memory.  Steve Jobs is not doing well at the box office, but neither did my other perfect scores (Ex Machina and Sicario). Get out and see this tour de force and hopefully Oscar doesn’t forget Boyle, Sorkin, Fassbender and Winslet come nomination time.  Absolutely brilliant film.
10/10

2 thoughts on “Movie Review: Steve Jobs (2015) *Fassbender & Boyle Deliver One of the Best Biopics Ever*”