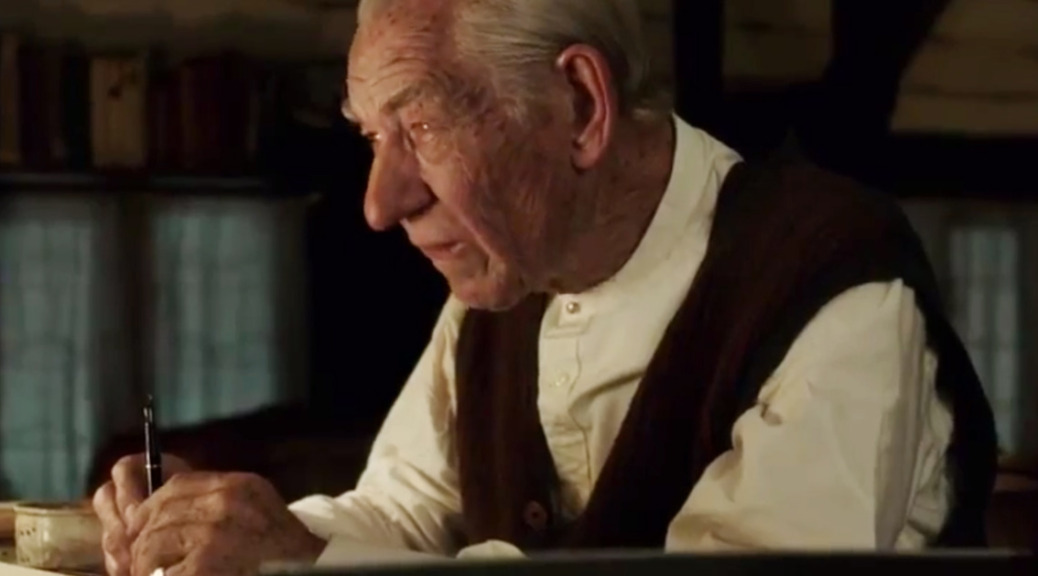 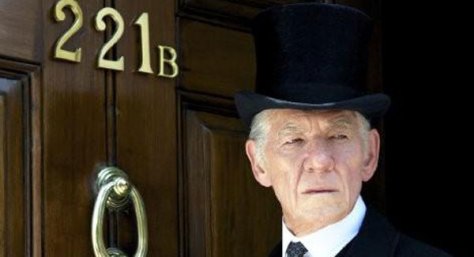 Sherlock Holmes is one of the greatest creations in all of fiction.  Like the best characters, he’s been interpreted on the page, stage, screen and currently stars in one of the best shows to grace TV in years under the stewardship of Benedict Cumberbatch.  You would think that with so many tales of his adventures that nothing new was left to be done with Sir Arthur Conan Doyle’s master detective, but you would be wrong.  Mr. Holmes tells a tale of Sherlock that we’ve never seen before, and thanks to a cunning script, deft direction and a performance for the ages by Ian McKellan, 2015 has another perfect film.

I’m very reluctant to say a film is flawless.  I see a hundred a year on average and most of them are very easy to pick apart.  It’s almost baffling to me that this fall has bombarded us with several films that I can’t find flaw with or can fault only with nitpicks (Spectre aside).  Mr. Holmes was released in theaters in July, but never attained a wide enough release that it played anywhere near my home.  I thought the premise and the trailer brilliant and hopped on it as soon as it debuted on blu ray this week.  I cannot tell you what a joy this film is as a fan of cinema and of Holmes.  It’s charming, clever, heartbreaking, heartwarming and utterly spellbinding.

Mr. Holmes is now 93 year of age and lives in seclusion in the English countryside with his housekeeper (Laura Linney) and her young son (Milo Parker, who is absolutely fantastic).  He’s investigating a case; his final case, one that sent him into seclusion nearly 30 years prior.  He’s read Watson’s account of it (having finally in his nineties gotten around to reading John “fictitious penny arcades”), but something’s not right.  The case isn’t as it should be, isn’t as it happened; couldn’t be or it wouldn’t have sent him out of the profession.  The tragedy is that Holmes is suffering from “senility” and his once razor-sharp mind is betraying him.  The film flashes between the 93 year-old Holmes partnering with his housekeeper’s son to try to jog his memory and write his own account of what took place and Holmes in his late sixties living out the events of the final case.

I know I said Michael Fassbender should get his Best Actor after seeing Steve Jobs, but if Ian McKellan doesn’t finally get an Oscar for this tour-de-force performance, my TV shall suffer another Academy Awards-related injury.  McKellan has such a wise presence and gravitas that you immediately accept him as the master of deduction, whether at the peak of his prowess or struggling with Father Time’s damnable ravages.  McKellan, who has endeared himself to legions of geeks as Gandalf and Magneto, now owns another character.  If Cumberbatch is cementing his mark on the young Holmes, McKellan has delivered the definitive performance on the sleuth in his elder years.

The directing, cinematography, flawless supporting cast, brilliant script and, have I mentioned McKellan’s performance, make Mr. Holmes one of if not THE best picture of 2015.  It’s absolutely not to be missed.
10/10