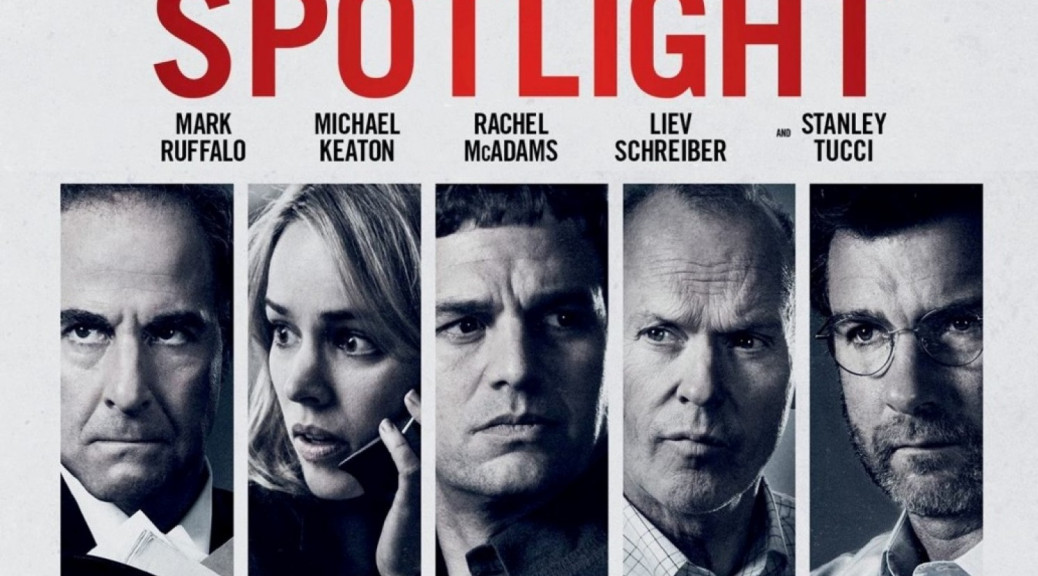 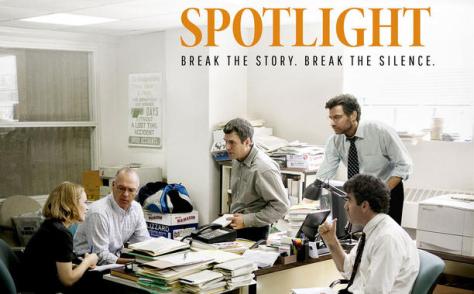 Both the Washington DC and Los Angeles Film Critics Associations have named Spotlight the Best Picture of 2015, and – I have to tell you – after having just watched it, I think this is your Oscar-winner, as well.  2015’s fall has been the best fall for movies (even with Spectre and Hunger Games falling flat) that I can ever recall.  Spotlight is an “important” film that is actually important.  Spotlight tells the story of the 2001-2002 investigation by the Boston Globe into allegations of child abuse by Catholic priests in the Boston archdiocese.  Powerful, heartbreaking, balanced, non-exploitative, Spotlight is on par with All the President’s Men in showing journalism at its best and humanity at its worst. 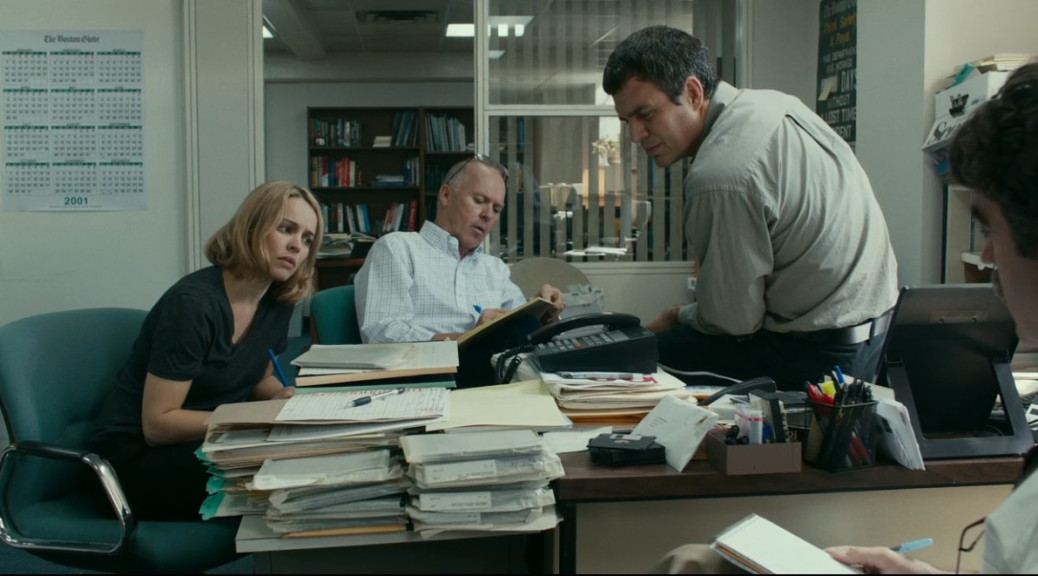 There are so many ways in which Spotlight could have gone wrong, taken an easier path, carried an agenda or manipulated its viewers, but I am so impressed by the way Thomas McCarthy directed this film (the script for which he also co-wrote).  We’re dealing with one of the most horrific crimes one human can commit against another: sexual abuse of a child by an adult, and a priest on top of that.  The movie is never graphic beyond the point of establishing the horror of what was done to the victims and that through their own words, not through flashbacks.  The film is not anti-religion, anti-Christian or even anti-Catholic beyond pointing out the egregious flaws in the system that allowed this abuse to become so endemic and institutionally hushed.  How important the Catholic Church is to Boston, the good that it has done is certainly acknowledged in the film and in the lives of the reporters investigating the church.  What is so tragic and despicable is that good was used as leverage to quiet victims for decades. 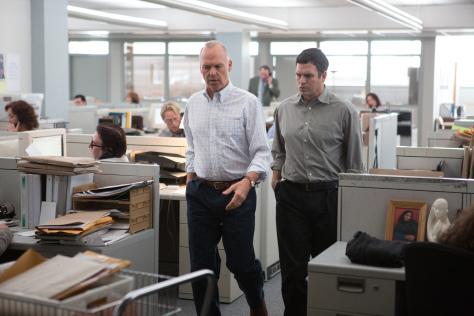 The film takes place in 2001, and though that’s a mere 14 years ago, it almost feels like a period piece.  The Spotlight unit of the Boston Globe focuses on long-term, investigative journalism.  The movie opens with the arrival of a new editor (Liev Schrieber in a fantastic, understated performance) who questions why the Globe hasn’t dug into the case of a Catholic priest molestation scandal more thoroughly.  In putting their efforts into uncovering the truth behind one priest, the team finds six, then thirteen, then ninety.  This was the nascent age of the Internet, so this was digging through records, pulling clips from the file room, knocking on doors, taking notes by hand, old-school journalism.  I compared it to All the President’s Men and the film really has that old-school journalistic feel, plus the eerie connection that Ben Bradlee Jr. (John Slattery) was on the Globe’s team here and Ben Bradlee Sr. (played so memorably by Jason Robards) was Woodward and Bernstein’s editor in ATPM. 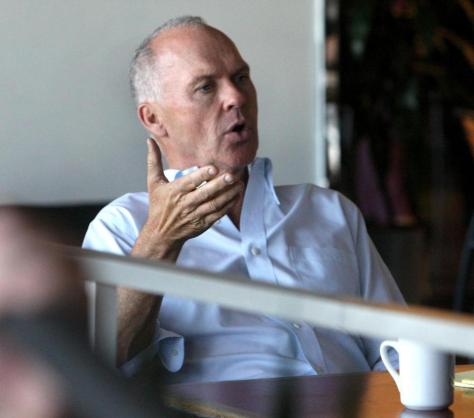 The cast here is so strong, with everyone in it delivering performances at the peak of their ability.  I think Michael Keaton will probably be singled out for awards recognition since he was an emotional favorite to win Best Actor last year and fell just short (though really there is no LEAD in the film; it truly is an ensemble piece).  John Slattery, Liev Schrieber, Michael Keaton, Mark Ruffalo, Rachel McAdams, Stanley Tucci, Billy Crudup and Brian d’arcy James are all fantastic and another argument why there should be a Best Ensemble Cast Oscar just as there is at the SAG Awards. 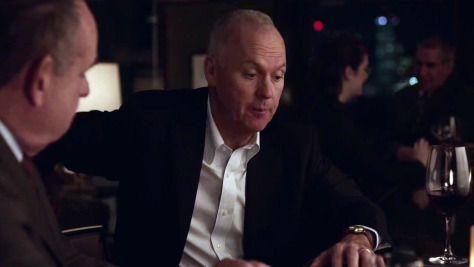 No one wants to rush out and see a film about the systemic pedophilia that spread through the Catholic Church like a toxin.  No one wants to think about it.  It’s horrifying, depressing and staggering to think that could go on at all, let alone in an institution created to serve and minister.  The Holocaust was horrific, but you should see Schindler’s List.  War is horrific and there are a host of films you should see to drive that home.  Racism is sickening, but you should see To Kill a Mockingbird (among others).  The instinct to look away, to overlook, to rationalize, to not take a hard look is exactly how things like this happen.  Great art, great films can take you and make you see it in a way that’s so powerful that you won’t be able to regain your nonchalance.  Spotlight does that and manages to be so gripping that you won’t realize the movie’s about to end until it does, and the ending is such a powerful gut punch that I defy anyone to walk out of the theater unmoved.  Spotlight isn’t my favorite film of 2015 (it’s hard to say that it could be), but it very well may be the best, and if it wins Best Picture?  Bravo.
10/10