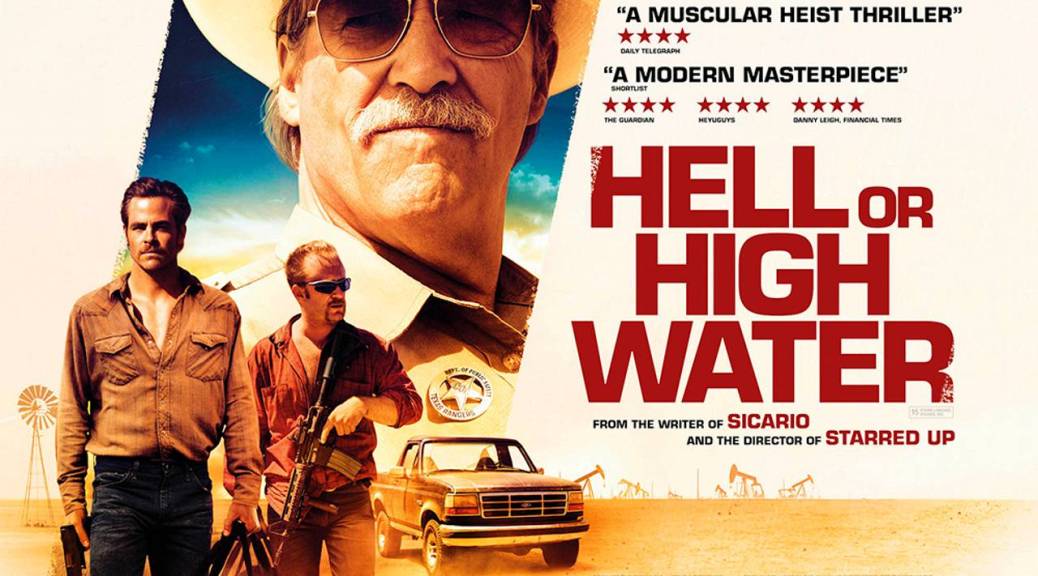 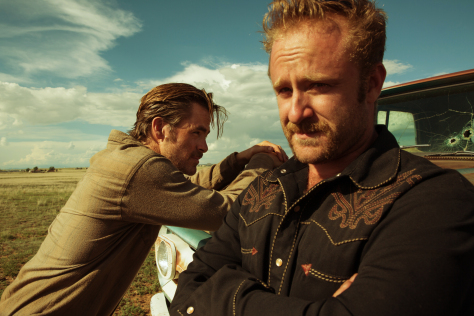 The heist movie is a classic staple of American cinema.  Bonnie & Clyde, Heat, Ocean’s 11, Inception, really when you think about it is a heist movie, and so on.  There’s something about the have-nots taking from those who have that’s intrinsically American.  Hell or High Water isn’t just a great heist film/crime drama.  It’s a film born out of an America that hates financial institutions.  The great majority of us in debt, fighting liens, repossessions, and looking on while the same companies that inundate us with statements get bailouts.  There’s some graffiti sprayed on the wall early in the film in a dusty town in West Texas that reads “3 Tours in Iraq; no bailout for me.”  This is the America in which the Howard brothers (Chris Pine and Ben Foster) begin their bank robbing spree.

Directed by David Mackenzie and written by Taylor Sheridan, Hell or High Water is quite simply one of the best films of the year and worth seeking out if it’s playing in your areas.  Sheridan marks himself as a screenwriter to watch.  This is only his second screenplay after last year’s masterful Sicario (Sheridan has also written the screenplay for the sequel, Soldado, which will be released next year).  Despite the action, of which there’s plenty, this is a character-driven, dialogue intensive film.  Sheridan’s script manages to be Texas through and through, while developing the movie’s two pairs: the Foster brothers and the pair of Texas Rangers (Jeff Bridges and Gil Birmingham) trying to put together the pieces of a pattern of robberies that seems to make no sense. 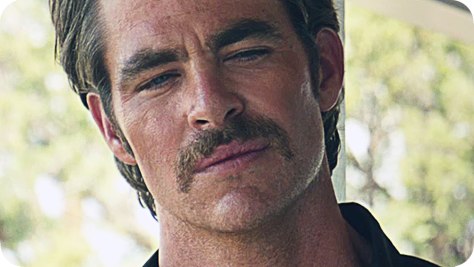 It sounds odd in a gritty crime drama, but Hell or High Water is also a deeply funny film.  The relationship between the two rangers is fantastic and there are a few moments in the film so absurd and surreal that you can’t do anything but laugh at the characters trying to adapt to the situation.  It’s also the sign of a brilliant script that laughter can be turned to shock and tears in the snap of a finger.  Taylor Sheridan is an actor with a long resume, most notably three years on Sons of Anarchy, but his calling is clearly at the keyboard.  There are only a handful of screenwriters who I bother to keep track of, some to make sure I watch whatever they write (Aaron Sorkin) and some to make sure I avoid anything they touch (Akiva Goldsman – A Beautiful Mind aside).  I will go see anything Taylor Sheridan writes. 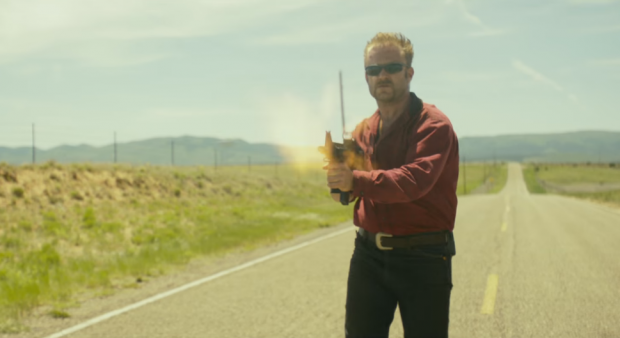 Great words are nothing though without great performances, and everyone in Hell or High Water delivers career-defining performances.  Chris Pine is always likable and I love him in Star Trek, but I’ve never seen him deliver anything on the level of this role.  This is the best part Ben Foster has had since he should have been nominated for an Oscar in 3:10 to Yuma.  Jeff Bridges absolutely should be remembered at awards time for his one-week-from-retirement crusty old Texas Ranger.  Gil Birmingham also is a fantastic foil for Bridges as his half -Mexican/half-Comanche, Catholic, televangelist watching, Christian rock listening, take-no-nonsense partner.  And whoever plays the waitress in the restaurant that only serves T-Bones and baked potatoes, you are a national treasure. 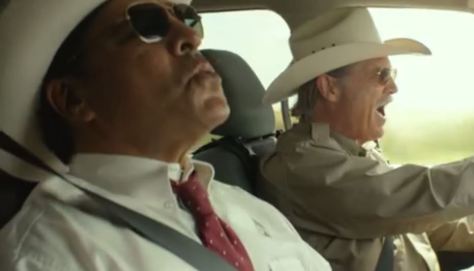 I’m not a huge fan of David Mackenzie’s directing, but this is by far the best thing he’s ever done, and a few stylistic choices are the only nitpicks I can make in what is otherwise one of 2016’s best films.  Not only is Hell or High Water an entertaining, intelligent entry into the vault of great American heist movies, but it captures West Texas and the mood and festering anger of a country struggling to make ends meet.
9.75/10