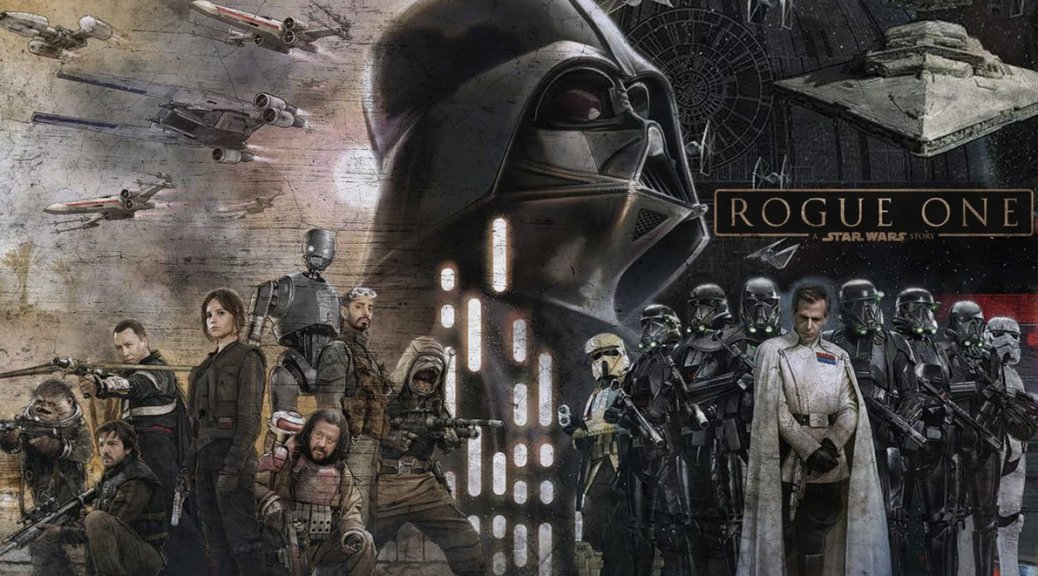 Each Thursday we look at what is going to be coming out in theaters this weekend, show you the trailers for the big releases, predict the box office winner and just generally give you enough of a carrot to pull you through the rest of the work week.  December 16th….are you serious?  THIS IS STAR WARS WEEKEND!  Christmas hath descended early to the geeks!

This weekend, Disney caps the greatest year any studio has ever had both financially and critically with the opening of the first standalone Star Wars film: Rogue One.  Right now, it’s holding fast at 85% on Rotten Tomatoes, which puts it short of the 92% last year’s The Force Awakens got from critics, but ahead of all three prequel films and Return of the Jedi, so not too shabby at all.  Collateral Beauty, on the other hand, is at 11% at time of writing, which is the answer to why you would open a film that has FIVE Oscar winners/nominees in its cast against Star Wars.  You do it to bury a bomb when you know you’ve got one, and you’re hoping no one will notice.  It’s a shame too because that’s a fantastic cast and a really clever premise.  Also opening is Solace starring Colin Farrell and Anthony Hopkins in ….you know what?  Go see Fantastic Beasts for good Colin Farrell and check out Westworld Season One for great Anthony Hopkins.  You’ll be happier.  Or just get back in line for Rogue One if it isn’t sold out!

HOW DID WE DO LAST WEEK?
KT picked Moana to hold on for ONE more week, so it can pass the torch to Rogue One and Disney can stay on top of the box office for likely the rest of 2016.  It was close, like we thought, but our plucky Polynesian princess (daughter of a chieftan, sorry, my bad) fended off the drunken advances of Office Christmas Party $18.6 million to $16.9 million.  Moana should pass the $250 million mark globally tonight (Lifetime prediction record 36-5).

WHO WILL WIN THE WEEKEND?
I don’t want to sound like I’m not putting a lot of thought into this column, but a derranged wombat could make this pick correctly this week.  The question is not IF Rogue One will win the box office, it’s by how much and how many weeks can it fend off a quality slate of holiday films and an unusually strong January schedule?  I’m going conservative at saying $130 million opening for Rogue One with a final global total around $850 million.  I might be completely lowballing that, but I think those are reasonable expectations.  Now, with the exception of the review poll that I already have pre-scheduled to go up at midnight, I’m going Internet dark until I have a Rogue One review of my own to contribute. STAR WARS IS BACK!!!