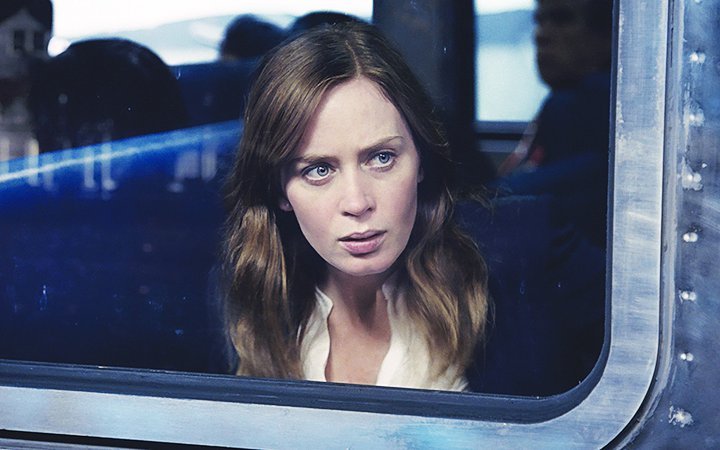 Blockbuster books used to be a prime source for Hollywood adaptations, and still are when they happen, but the sad fact is that there are a lot fewer blockbuster books than there used to be.  The Girl on the Train by Paula Hawkins certainly broke out and became that rare novel that everyone was talking about, and, therefore, because I happen to run in very literate crowd, I was peer pressured into reading it.  They sold me on, “Oh it’s even better than Gone Girl!”  No.  No it is not.  Gone Girl was written by Gillian Flynn, who is extremely dark and twisty, but is also one of the best, most-compelling authors writing today, and the film adaptation of that by David Fincher was fantastic..  The Girl on the Train is a slog as a novel and, in that respect, its adaption is a very faithful one. 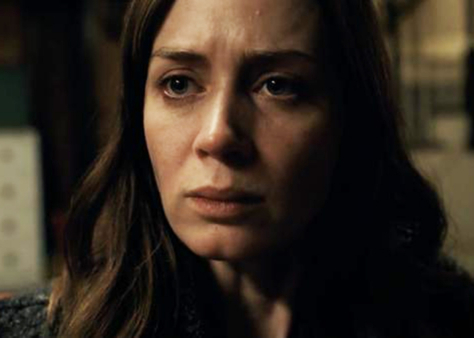 Emily Blunt is one of my favorite actresses, mainly because she’s one of the few working who can literally do anything.  There is no genre in which she cannot excel, and it’s only a matter of time before the right role lands her an Oscar.  The main problem I have with The Girl on the Train is that the main character, Rachel (Blunt) is an unsympathetic, unlikable wreck of a human being.  She’s an alcoholic who lost her job over her drinking problem a year ago, but to keep up appearances, she takes the train into NYC every day (during which time she drinks) and stares at the houses passing her by making up stories in her head about what their lives are and especially a couple who live two doors down from where she used to live with her ex-husband (Justin Theroux) who has remarried and has just had a baby.  Rachel calls her ex multiple times a day, shows up at their house, she’s unbelievably pathetic, unlikable, and Blunt brings this to the screen just as its written…..but that doesn’t make you like Rachel any more or care when she gets swept up into a missing person’s investigation involving her ideal family that she has fixated on from her train journeys. 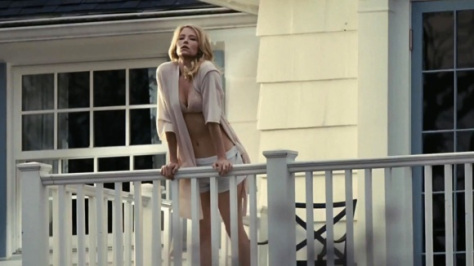 The film flashes back and forth in time from the perspectives of Rachel, Megan (Haley Bennett), and Anna (Rebecca Ferguson), the latter two being the wife in the “perfect family” who goes missing and Rachel’s ex husband’s new wife.  As these divergent points of view come together (and Anna and Megan aren’t really very sympathetic characters either so you’re kind of flailing about trying to wrap your head around a glacially-paced narrative with no one to cheer on) you see how Rachel’s life fell apart and the mystery of what happened to Megan unfolds.  By the end though, of both the book and the film, I was so bored I no longer cared. 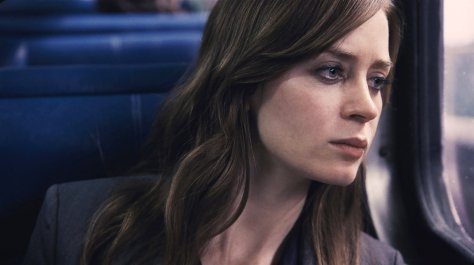 There’s nothing particularly wrong with the adaptation of the book.  Production values are high, Tate Taylor does a good job with direction, the editing is a little all over the place, but that’s the case in the book, as well.  The cast is stellar, down to excellent actresses like Allison Janney and Lisa Kudrow in small roles.  It is a very true adaptation of The Girl on the Train, and if you liked the novel, you probably will like the film because there’s not much divergence.  I didn’t like either, however.