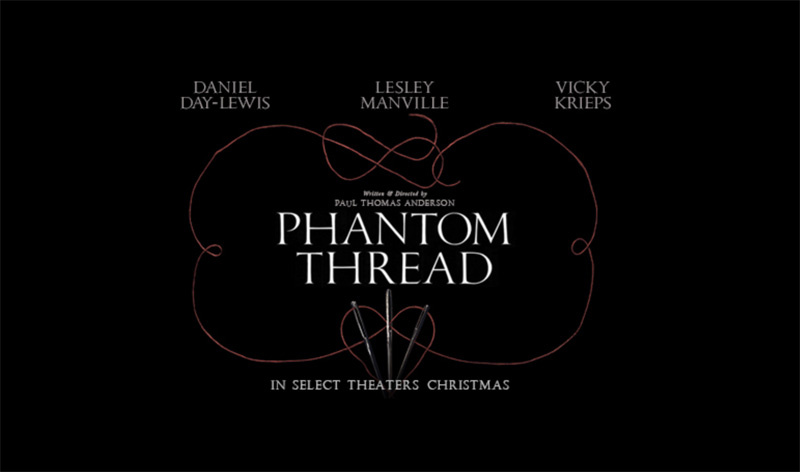 Releasing Christmas Day, among a glut of other films will be an odd-looking film about a dressmaker that will be the final performance of one of the greatest actors of all-time.  Phantom Thread, directed by Paul Thomas Anderson (Magnolia, Boogie Nights) was announced earlier this year by Daniel Day-Lewis as his final performance.  Day-Lewis has always marched to the beat of his own drum, and it’s entirely possible he’ll change his mind at some point in the future.  However, if this is it, this is an extremely strange trailer for an odd-sounding movie to finish a career on.  Daniel Day-Lewis is the only actor in the history of the Academy to win Best Actor in a Leading role three times, the final time coming in 2012 for his best performance, in my opinion, in Lincoln.  I’m not a particular fan of PT Anderson, so I may let Lincoln stand as my last remembrance of Day-Lewis onscreen, but if he’s done, he’ll be remembered as a giant.  Full plot details below from Coming Soon.

Set in the glamour of 1950s post-war London, renowned dressmaker Reynolds Woodcock (Daniel Day-Lewis) and his sister Cyril (Lesley Manville) are at the center of British fashion, dressing royalty, movie stars, heiresses, socialites, debutants and dames with the distinct style of The House of Woodcock. Women come and go through Woodcock’s life, providing the confirmed bachelor with inspiration and companionship, until he comes across a young, strong-willed woman, Alma (Vicky Krieps), who soon becomes a fixture in his life as his muse and lover. Once controlled and planned, he finds his carefully tailored life disrupted by love. With his latest film, Paul Thomas Anderson paints an illuminating portrait both of an artist on a creative journey, and the women who keep his world running. 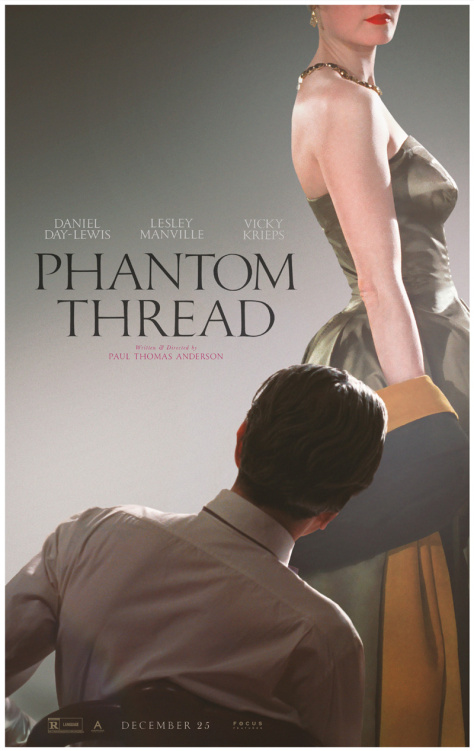