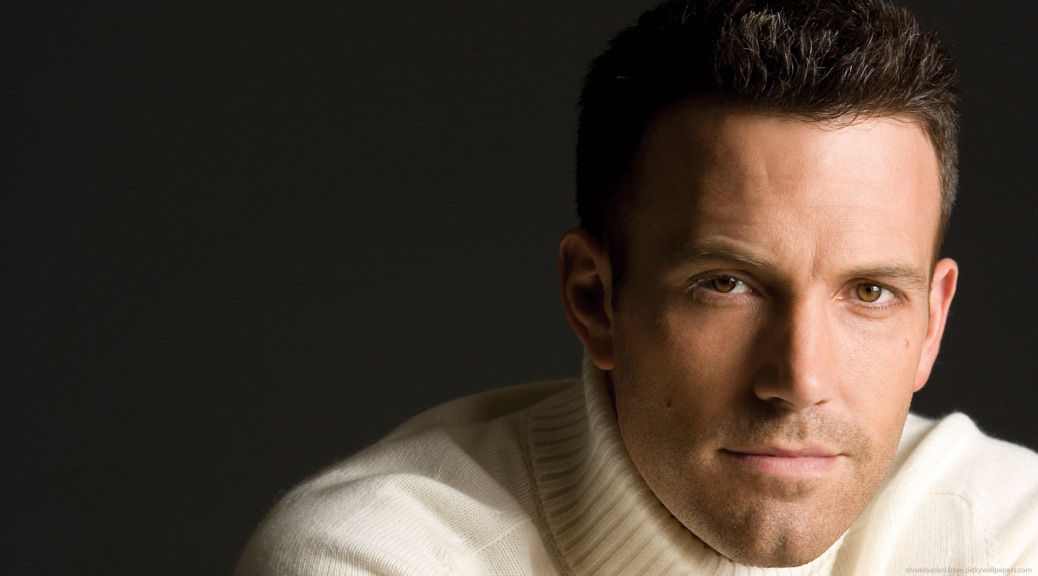 Ben Affleck has had a number of phases to his career in the 25 years plus he’s been in Hollywood.  Starting out, Affleck and a number of young actors first gained notoriety in a number of Kevin Smith’s films (Mallrats, Chasing Amy, etc.) back when Kevin Smith actually made movies.  Then he and his best friend Matt Damon had their Hollywood dream come true when their indie film, Good Will Hunting, in which they both wrote and starred, became one of the most critically acclaimed pictures of 1997 and the duo’s Oscar acceptance is one of the best of all-time.  From there, Affleck entered a blockbuster phase that didn’t take.  The scripts kept getting worse until he hit rock-bottom with Gigli, one of the most mocked films in recent memory.

Affleck, though, didn’t burn out.  He started out as a writer, and he started picking quality scripts again.  He also began directing, and he showed tremendous talent with Gone Baby Gone, The Town, and Argo.  Currently, his career is intertwined with being the current Batman (at least for the moment), and while I may not be a huge fan of any of the films he’s been Batman in (funnily enough he played Superman first in 2006’s Hollywoodland), I like his take on the character, but I’m not certain where the DCEU goes with a Batman in his mid-to-late 40s.  Whatever’s next, I think Affleck should get back behind the camera, pick projects that highlight his strengths as an actor (he’s not the strongest, but his overall knowledge of the process gives him an edge), and make the movies he wants to make.  Getting sucked into commercial Hollywood blockbusters is what broke his career the first time; I’d hate to see it happen again.

My Favorite Affleck Scene:
“The Best Part of My Day” from Good Will Hunting (1997)

Next Film: Affleck’s turn as The Caped Crusader appears to be over though his replacement has yet to be named. He has two films on the schedule for 2019: Triple Frontier for Netflix with Oscar Isaac and Charlie Hunan and The Last Thing He Wanted with Anne Hathaway and Willem Dafoe.