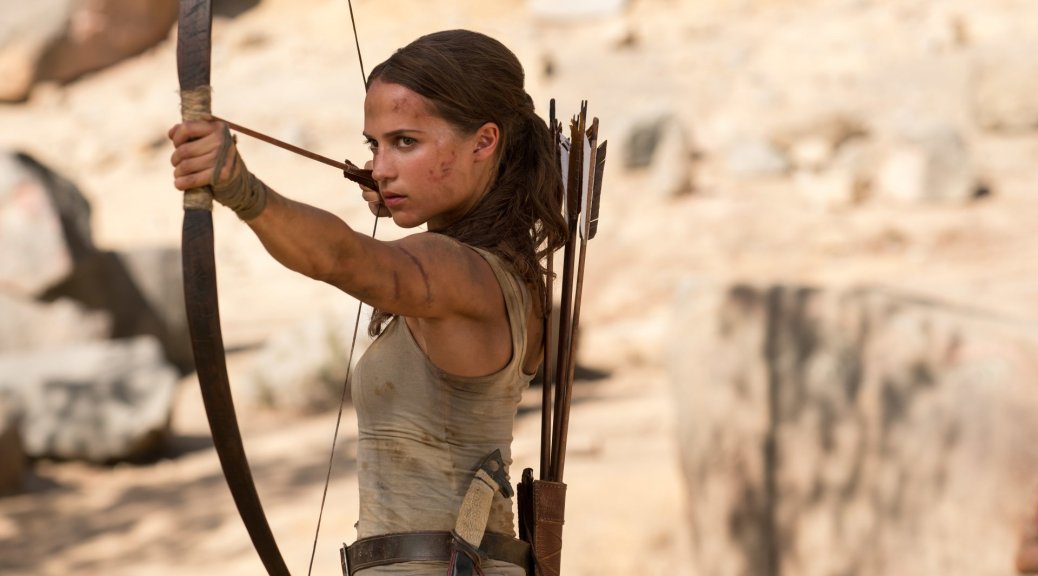 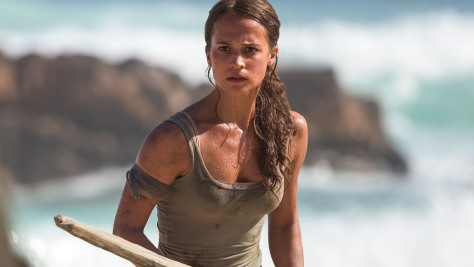 Lara Croft isn’t just bosoms any more, people.  Since 2013, when Square Enix rebooted the chesty gaming icon, Croft has been the realistically proportioned, desexualized, gritty action star of 2013’s Tomb Raider and 2015’s Rise of the Tomb Raider (the third game, Shadow of the Tomb Raider, is due out in September).  The character was refocused as an intelligent, empowered seeker of rare artifacts and, yes, raider of tombs.  Opposing her is a shadowy organization called Trinity (corporate motto: “Hey, we’re not The Umbrella Corporation, for crying out loud!”).  Alicia Vikander looks freakishly like the rebooted Lara (who is voiced in the games by Grey’s Anatomy star Camilla Luddington), and she is undoubtedly the best part of the Tomb Raider movie franchise reboot.  She’s a perfect Lara Croft.  Unfortunately, that’s pretty much where the good news stops. 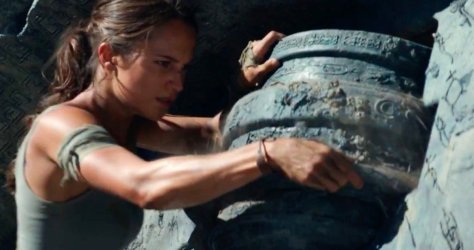 I applaud them for going out and getting an Academy Award winning actress like Vikander to play Lara.  While Angelina Jolie’s Lara was a bit of a princessy action hero, Vikander’s is grounded, and you have to give her credit because the script follows the first game pretty closely, and-if you’ve played it-you know Lara gets the absolute living daylights knocked out of her for most of her adventure.  If she wasn’t covered in paint, mud, soaked, bleeding or enduring as much wounding as they could heap on the heroine in a PG-13 film, then one of those things was within two minutes of happening to her the entirety of the film.

Following the plot of the first game is a good idea, and a lot of the action set pieces come straight from the video game.  Unfortunately, what Tomb Raider lacks is a compellingly written script, a good director (though Roar Uthaug is an awesome Viking name, it’s not a great director’s name), a good or at least not distractingly bad soundtrack and score, taut pacing, and any character development for any character that isn’t Lara.  The film starts out well, then the pace slows to a crawl even through some of what are-in the game-extremely exciting action pieces, and it’s not until they enter the tomb that the movie regains any momentum. 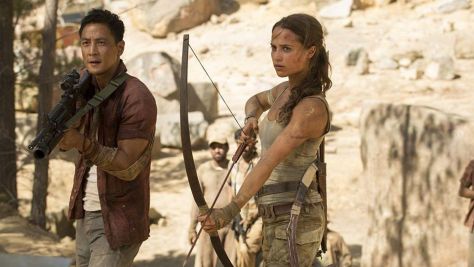 The movie I could most easily compare this to is Jack Ryan: Shadow Recruit, in which I thought they had a good cast, and the right star, but that the story around them fell short.  This film assumes it is going to have multiple sequels (a conceit I find annoying), but if it’s going to happen, the film will have to do really well internationally.  Vikander IS the right Tomb Raider.  You have the star, and you’ve given her an origin, no matter how ham-handedly.  If you spend some money developing a script that actually captures the excitement inherent in the source material instead of somehow sucking it all dry with uneven editing and crap CGI, then you can have a really great action film.  I don’t know if Vikander will get another shot.  Chris Pine didn’t at being Jack Ryan.  This one’s a rental at best. 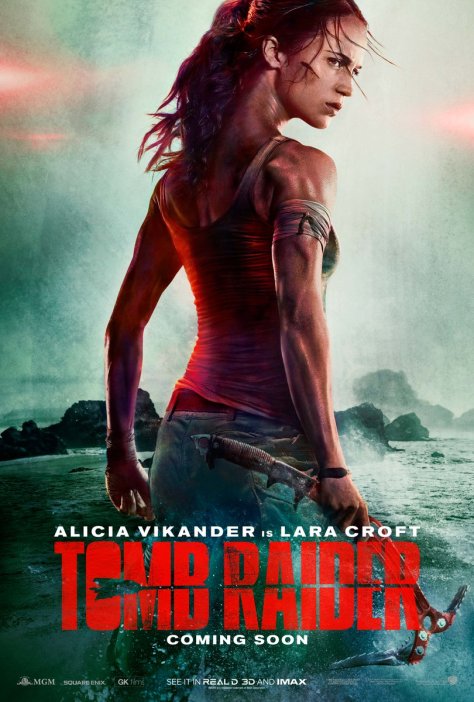