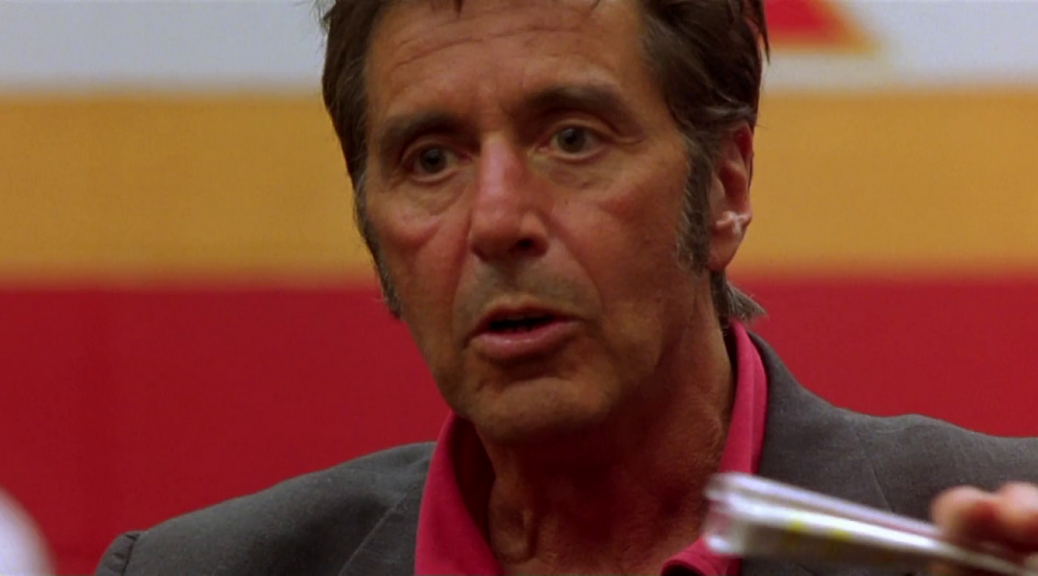 Either you’re a huge fan of Oliver Stone, or you likely can’t stand anything about Oliver Stone: the man’s polarizing.  Personally, I’m not a fan.  Any Given Sunday is, to me, one of Stone’s best films.  It’s overlong and hackneyed at points, but it also was a prophetic and revealing portrait of the real culture of professional football and its consequences to those who play it long before the issues it raises became mainstream sports conversation.  The centerpiece of the film is, without a doubt, another great monologue from Al Pacino.


Is there another actor who has more memorable career monologues than Pacino?  The most iconic is, obviously, Scent of a Woman, but there’s Dog Day Afternoon, And Justice for All, a couple from the Godfather films, Heat, and on and on.  “A Game of Inches” has to be counted right up there.  As pre-game speeches go, they don’t come better.  As the best sports-related motivational speeches do, it also translates to life as a whole, and whatever else you may take away from Any Given Sunday.…this scene makes the career portfolio of one of the greatest actors of all-time. 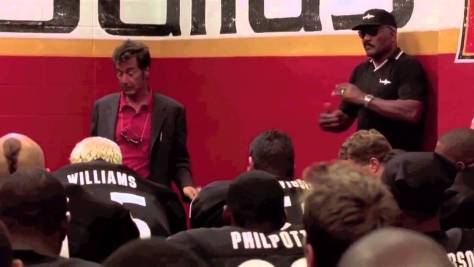