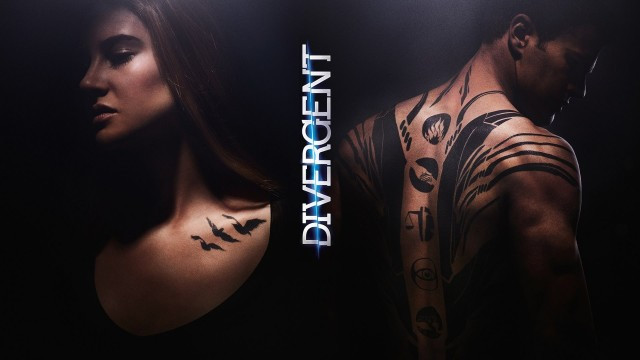 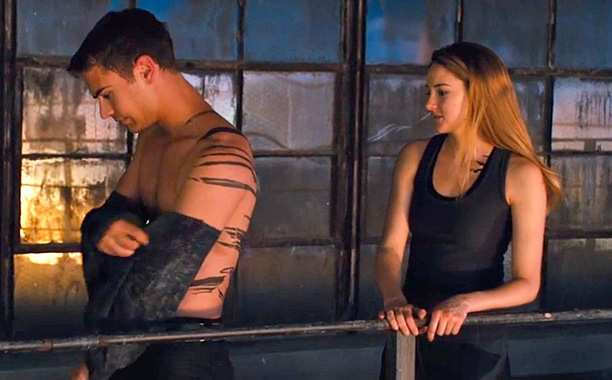 You can’t watch Divergent and not compare it to The Hunger Games.  Same studio, same adaptation formula, similar heroines, etc.  YA literature these days is absolutely choking on a glut of franchises where in a dystopian world, a lone girl is our only hope.  We call this The Hunger Games Effect.  It happened before a decade ago when all of a sudden boy wizards were popping up like foes at a whack-a-mole table following Harry Potter.  The best of these post-Hunger Games books is Veronica Roth’s Divergent.

Roth, for whom Divergent was her first book, will one day be a better writer than The Hunger Games’ Suzanne Collins.  She has a gift for characterization and insightful prose that go much deeper than Collins.  What she lacks is focus on main narrative.  That’s not an issue in this movie or in this book, but the latter two novels spin wildly out of control, ballooning massively past their need.  That, however, is a problem for another day.  How well was Divergent translated to the screen? 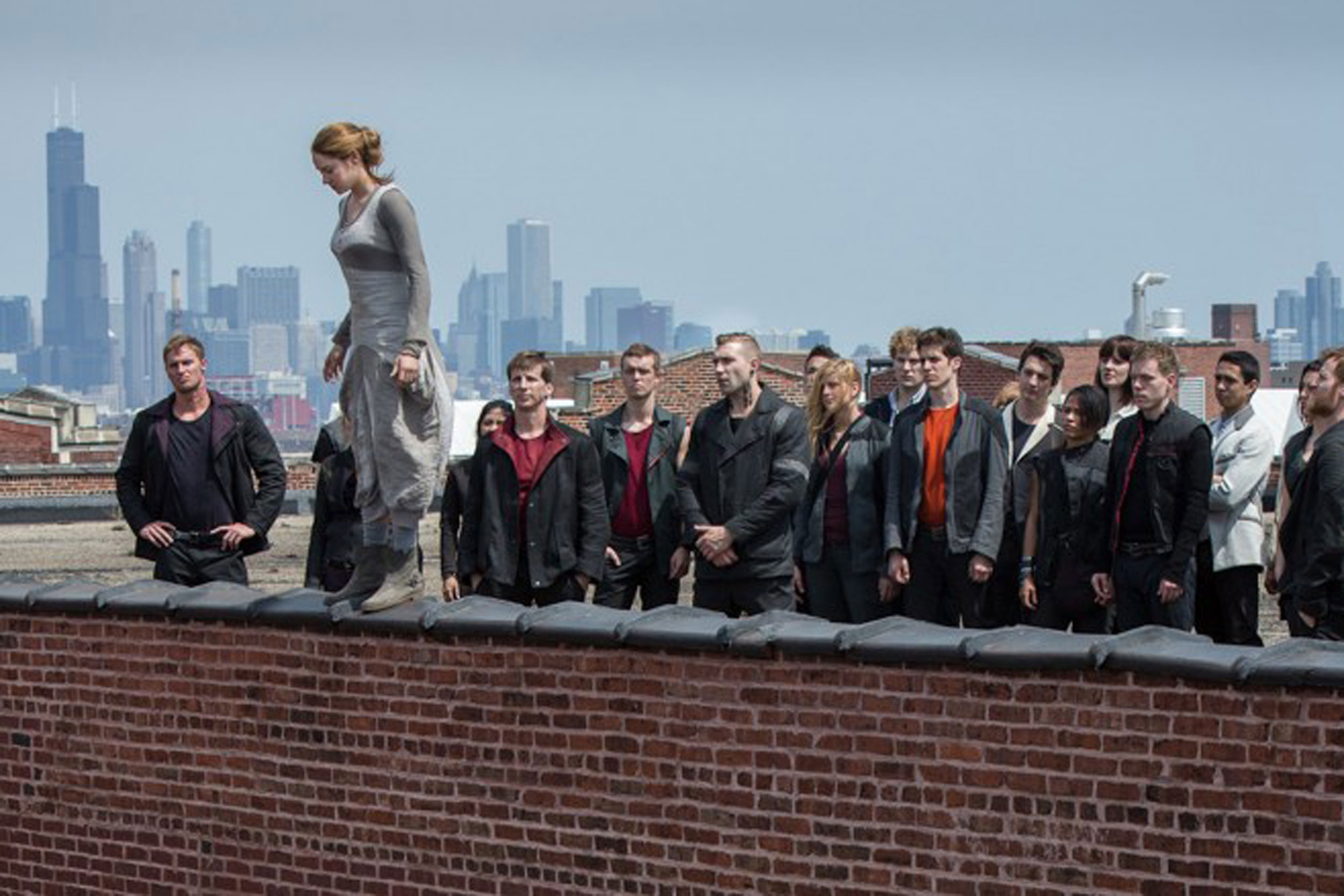 Pretty darn well, I’d say with a few caveats.  My issues with the adaptation of Divergent are nearly identical to my issues with the adaptation of The Hunger Games, but we’ll get to those in a minute or so.  In the world of Divergent, after a devastating war, Chicago lies mostly in ruins.  The inhabitants who remain have restructured their society on a strict caste system.  Upon becoming adults, all are tested for aptitude and then given the choice to either stay in the faction in which they were born or  move to another.  The five factions and their primary quality are divided thusly: Erudite (intelligent), Candor (honest), Amity (kind), Dauntless (courage) and Abnegation (charity).  Our heroine, Beatrice Prior, born to the Quaker-like Abnegation, is tested and her results reveal her aptitude to be suited for not one but three factions.  She is a divergent. 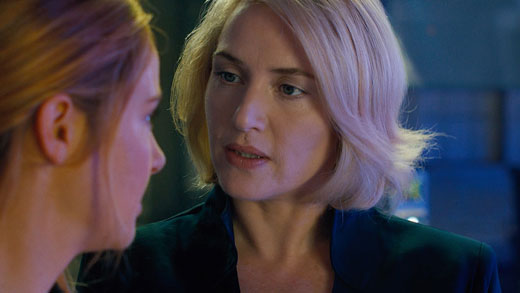 The faction system is enforced and embodied by Jeanine Matthews (Kate Winslet) leader of Erudite.  It is her opinion, and the opinion of many others, that divergents threaten the stability of the entire system and are best ….neutralized.  Not an official policy, but those found to be divergent, have been known to be found face down at the bottom of rock quarries.

Beatrice chooses to switch to the polar opposite of her faction – Dauntless, whose goth-style and crazy parkour antics leave the other factions shaking their heads.  They are the warriors, soldiers and police for the society.  Reinventing herself through her training, Tris (as she calls herself post-switch) makes friends, enemies, falls in love with her training instructor, Four (Theo James), and learns she has within herself a reservoir of  fearlessness that she never believed possible. 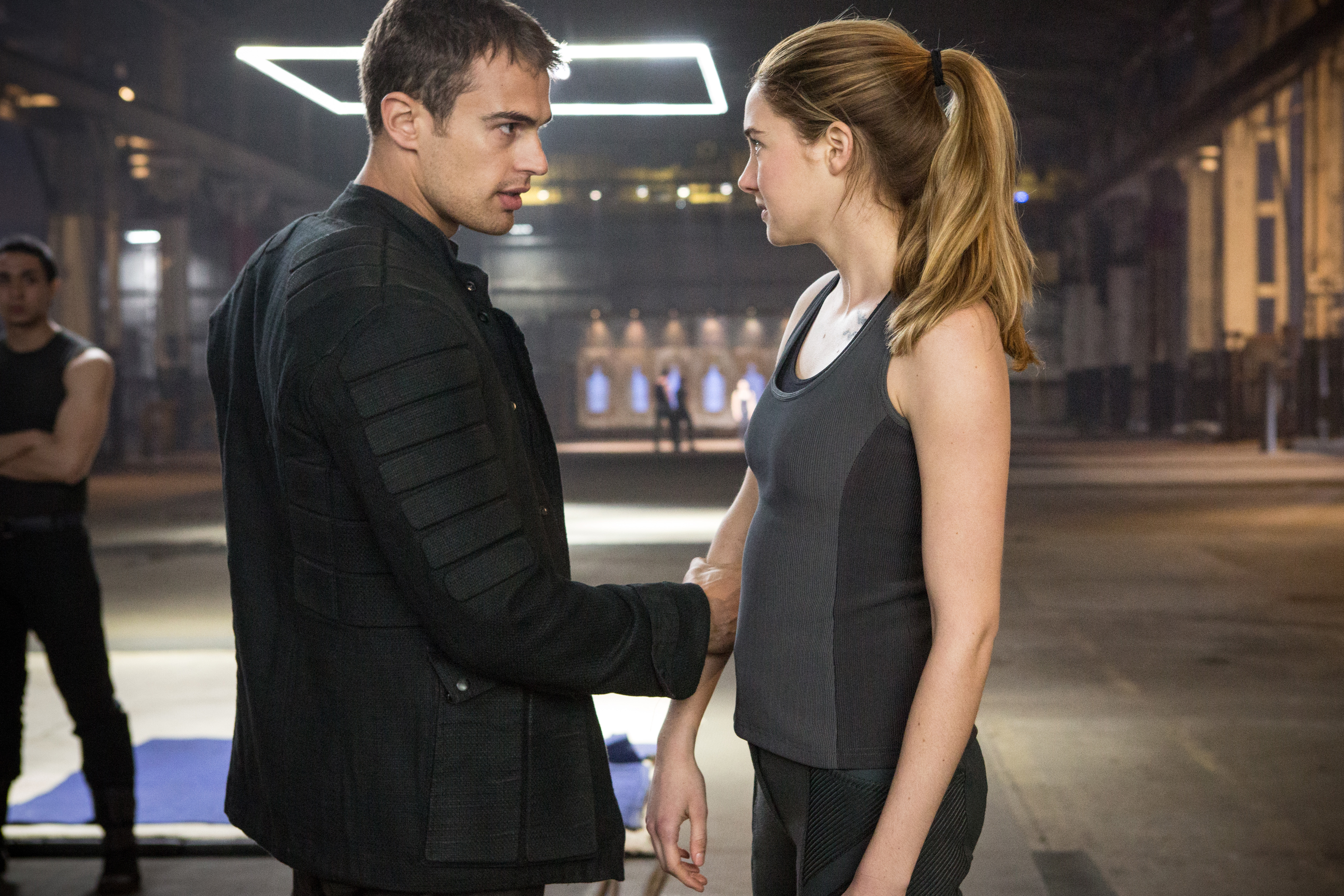 One of my main fears, based on the marketing, was that the story was going to focus  so much on the love story between Four and Tris that the entirety of the movie was going to revolve around it.  That’s not the case.  Neil Burger keeps this film moving along at breakneck pace.  There’s a lot to cover and sadly a lot is left out even though the movie comes in at 2hrs 20min. 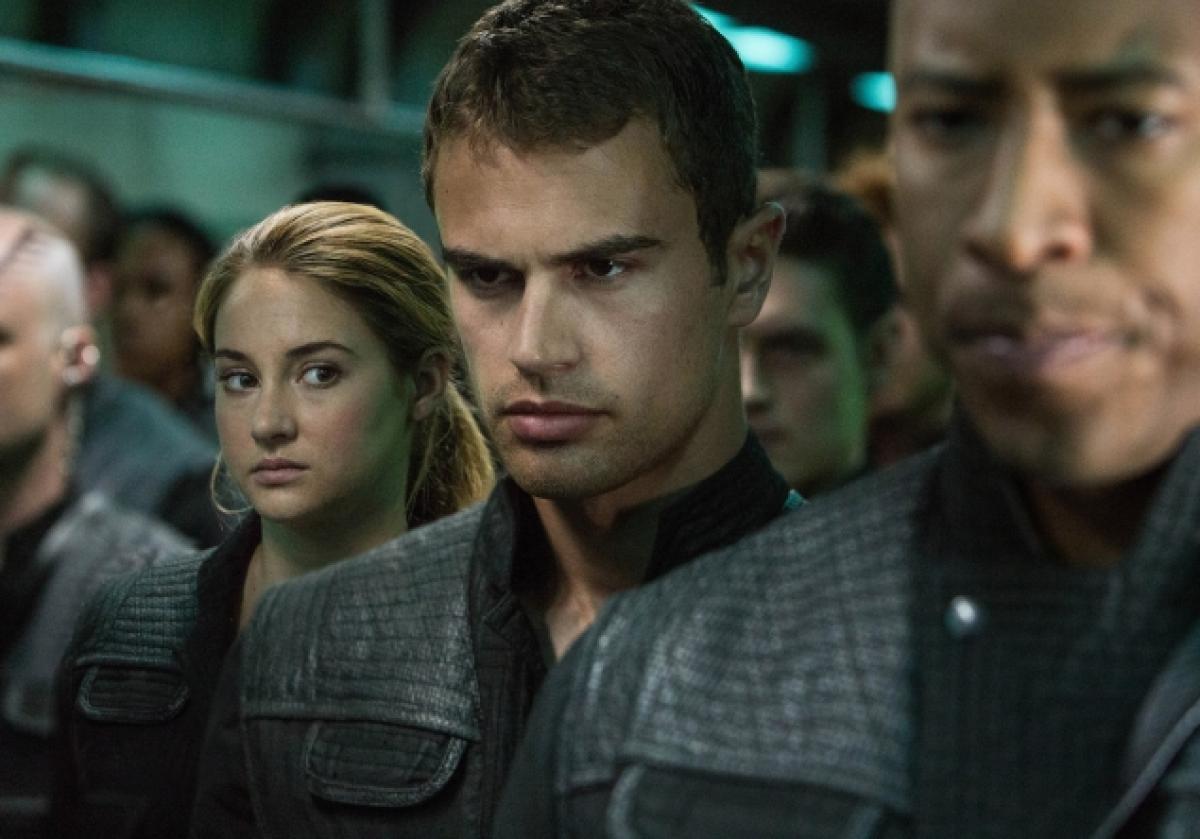 Back to my comparison to The Hunger Games.  My problem with The Hunger Games movies is the brutality of the books has to be neutered to attain a PG-13 rating and that brutality is such a huge part of the story that the films feel like a milquetoast version of the books.  Divergent is even more brutal.  The Dauntless training is horrifyingly brutal and cutthroat (the most shocking moment in the whole book is cut).  Tris is trained to kill and kill she does.  She makes Katniss look benevolent.  By the time the trilogy is over, her body count is ENORMOUS.  These are very violent books, but the violence is part and parcel to the brutal life these people live and taking it away, takes the emotion away.  If you don’t feel like you’re living on the edge with these people, you can’t care too much when some of them slip and fall off.  So in watching Divergent, I thought this is a really good adaptation of a book rewritten for 10-year-olds.  It’s well-done and compelling, but it’s not a sterling adaptation of what really is a very good book (we’ll talk next year about my problems with the back 2/3 of the trilogy).

Shailene Woodley is anointed already as a star and she’s very good as Tris.  She’s not Jennifer Lawrence (but as Lawrence is probably one of the three best actresses working today that’s an unfair comparison), but I feel better about her taking the lead in my beloved The Fault in Our Stars in June.  Oddly, her love interest in that movie plays her brother Caleb in this film.  So that couldn’t have been weird at all.

If you liked Divergent, you’ll like the adaptation.  If you liked The Hunger Games, you’ll like Divergent.  The problems I have are in their translation to the screen, both series are being stripped of what made them such compelling franchises in the first place.
7.25/10 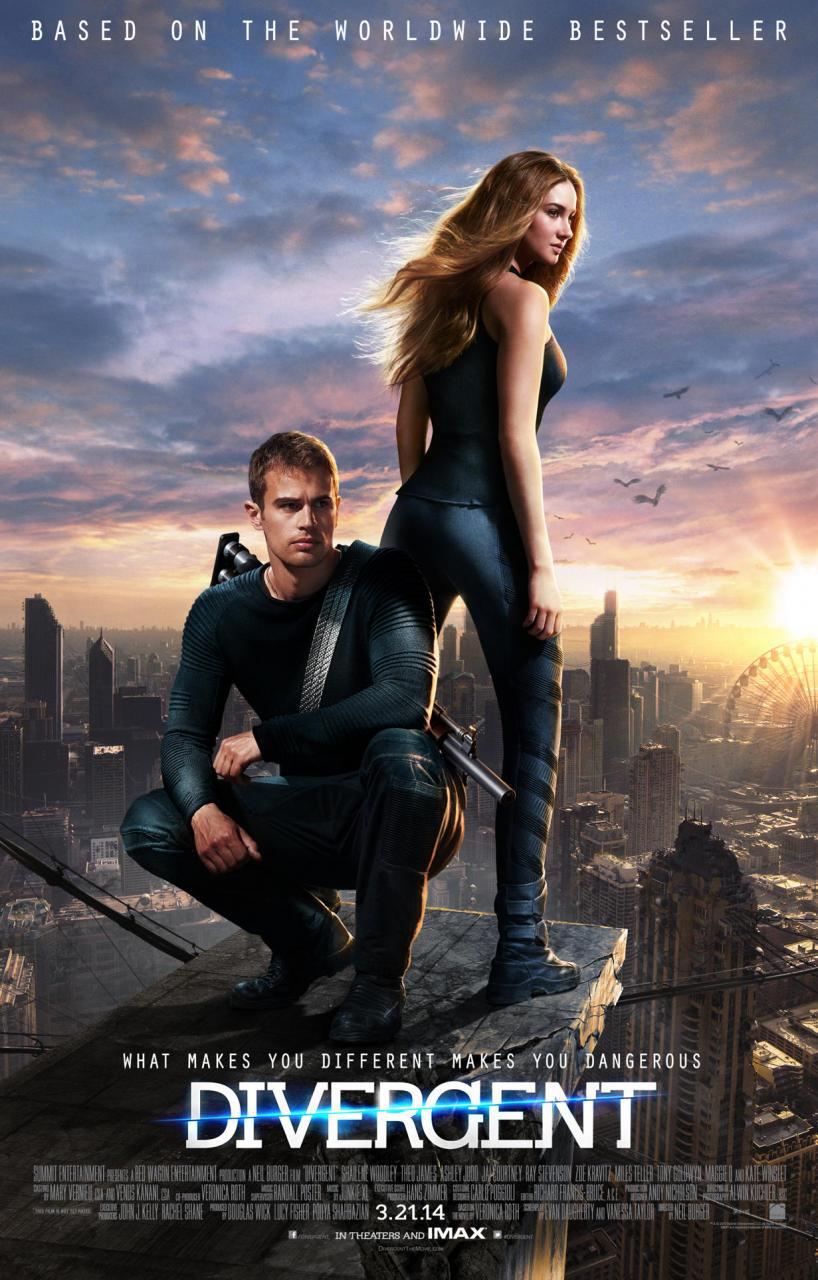