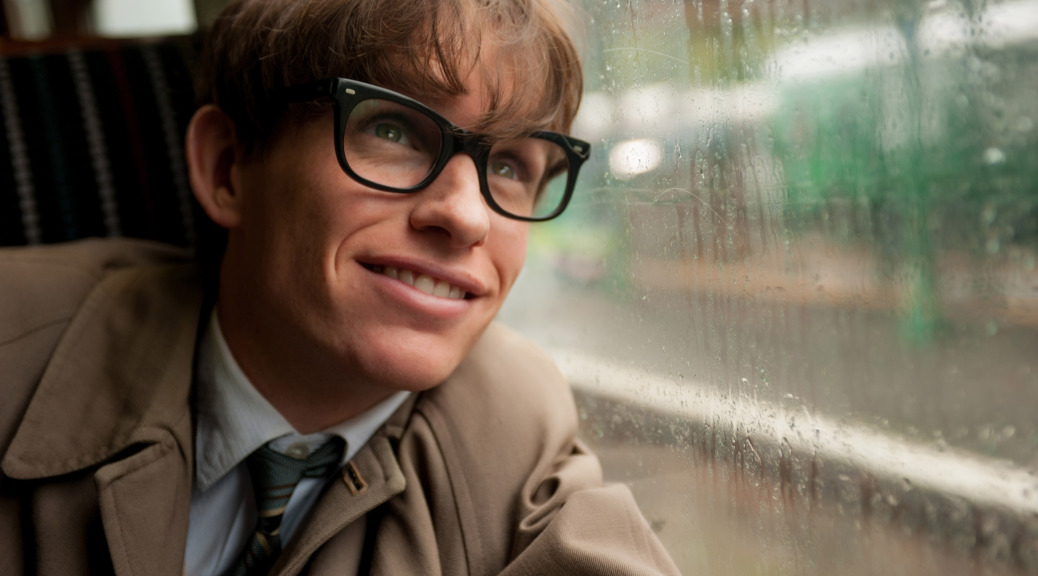 Life, though it flies past, is rather packed with moments and memories.  For great men and women, I would only imagine that it’s even more of a blur.  It’s almost impossible to capture the scope of a life in two hours, hence the biopic is often a hit or miss endeavor.  The best of them pick a through-line.  One seam in the stratum of a life and use it to show the person as a whole.  In examining the life of renowned physicist Stephen Hawking, The Theory of Everything does this remarkably well. 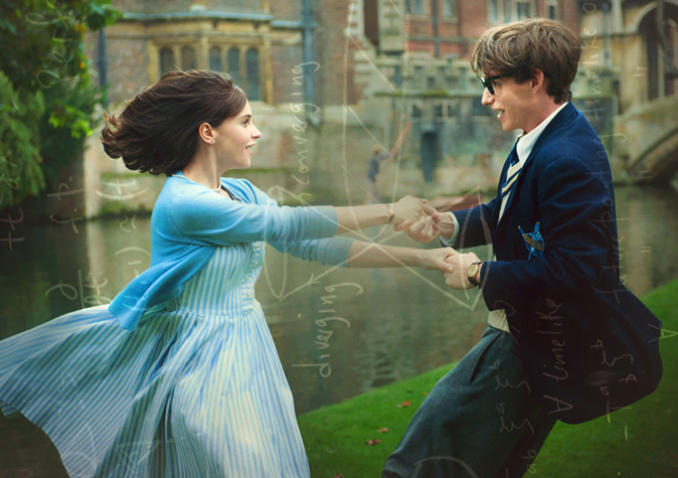 Aside from knowing who Hawking is and that he wrote A Brief History of Time, I admit to having little to no knowledge of his personal life, so going in to The Theory of Everything, I was a blank slate.  I certainly admired his persistence in living and living abundantly in the face of his tragic disease, but aside from knowing one of our greatest minds was locked in an awkward vessel, I had no idea of his life’s story.  That’s rare for me and it made it easy for me to be swept in to this beautiful and triumphantly acted film.

The Theory of Everything looks at Hawking’s life through the 13 years he was married to his first wife, Jane (Felicity Jones).  This period coincided with his diagnosis and ended around the time he published A Brief History of Time, so there’s a lot of material to mine.  I would criticize the film for being a little too precious about the end of their relationship, but seeing as how the movie was based on Jane Hawking’s book and she has a writing credit on the film, I’ll have to swallow my pre-loaded snarkiness. 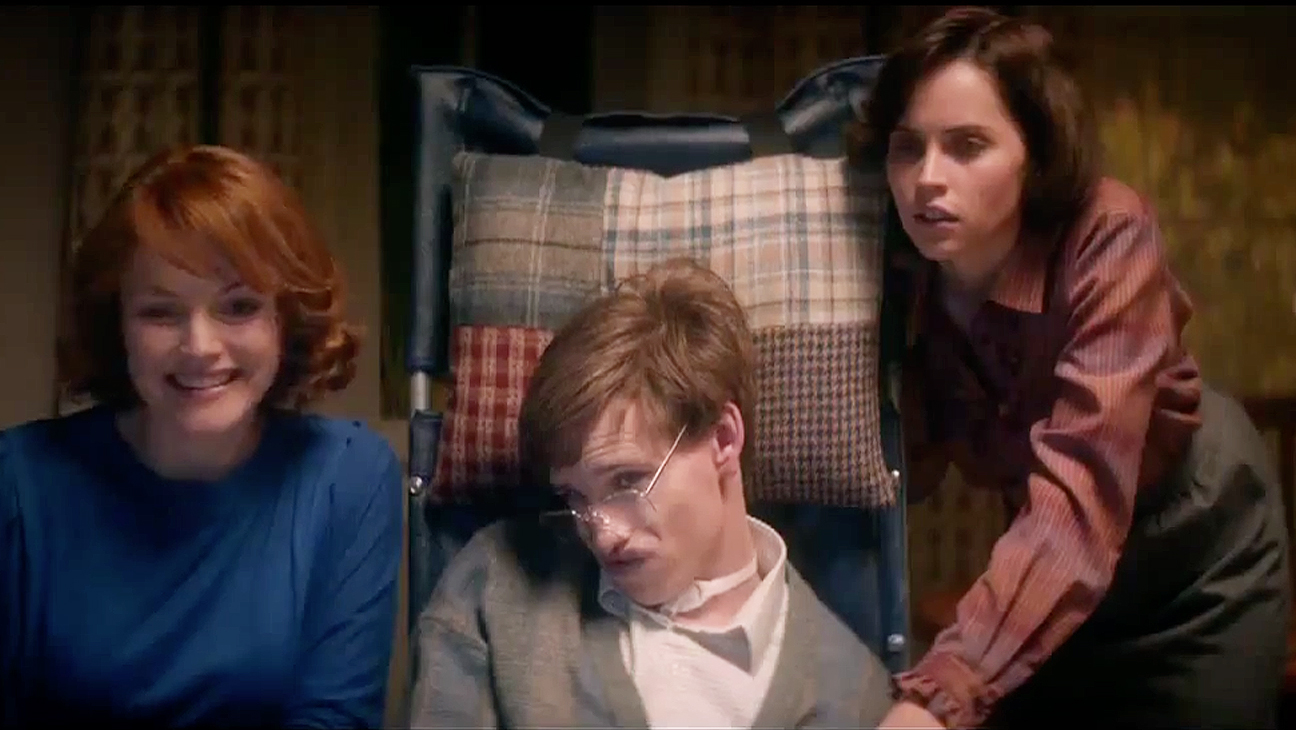 The film rests entirely on the backs of Eddie Redmayne and Felicity Jones, two actors that I hadn’t really seen in anything prior to Theory, but they both turn in performances well-worthy of the Oscar nominations they received and I believe Redmayne should win for his portrayal of Hawking.  It’s a role that requires tremendous physical acumen, mimicking the degeneration of Hawking’s body without it coming off as labored or comedic.  Redmayne effortlessly does this, all the while infusing Hawking with his wry sense of humor and love for life.  Having been a caretaker myself, I can tell you that Felicity Jones nailed the initial optimism and eventual exhaustion that come with living to care for the needs of another.

James Marsh directed the film and it’s just gorgeous.  The cinematography and use of color are spectacular.  Finally, a movie from 2014 that has a noteworthy score.  Johan Johansson’s score is sweepingly beautiful from the movie’s opening scene and if any other score wins, it’s because Academy voters are just stupid.  Though I have to tip my cap to Oscar on this: I’d have probably not seen this and definitely not seen Whiplash without the heightened exposure of a Best Picture nomination, of which this is well-deserving.
9.25/10

One thought on “Movie Review: The Theory of Everything (2014) *Mild Spoilers*”