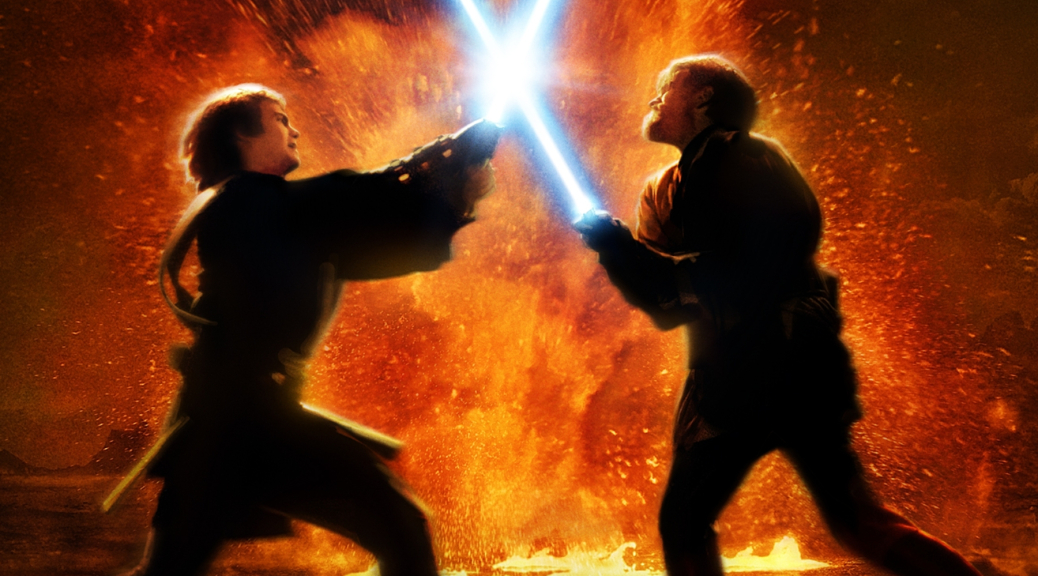 Say what you will about the first two entries in the Prequel Trilogy, I think Episode III is every bit as good as the films in the Original Trilogy (and doesn’t contain a single Ewok or musical number).  I have to apologize for not being able to find this 17 minute sequence intercut, but the best I can give you is the “dual duels” standing on their own.  Of the four Star Wars films that George Lucas directed, I think Episode III shows the best craft, with some fantastic shots and non-stop, mind-blowing Star Wars action from the opening battle over Courscant to A New Hope at the end.

For the purposes of our conversation, I’m going to treat this like the intercut scene it is in the film, flashing between Anakin (now Darth Vader) battling Obi-Wan on Mustafar and the two most powerful Force-wielders we’ve seen on screen: Yoda and Palpatine throwing down in the Senate.  This is, without question, the best duel in all six films, not just in terms of the four combatants being at the height of the powers or fight choreography, but this is the moment on which the entire series pivots.  We’ve talked about the duels being personal explosions of character development, well here you go.  Two brothers, near mirror images in fighting styles, battle to the death while the avatars of the dual natures of the force THROW THE SENATE AT EACH OTHER!

The Mustafar duel is again graced by a masterful piece of music from John Williams (“Battle of the Heroes) that he weaves in and out with “Duel of the Fates”.  The viciousness of Vader trying to kill his mentor and the anguish and exasperation Ewan McGregor trying to put down a mad dog plays out in this hellish firescape that they traverse with the full weight of their powers.  I don’t know if we’ll ever see a duel to match this. 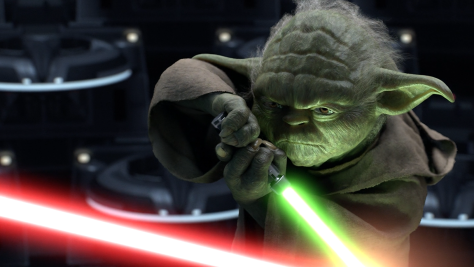 From the moment Yoda walks into Palpatine’s office and force slaps his guards absentmindedly, you just can’t believe this match-up is actually going to happen.  By this point we’ve seen what both of them can do in previous battles, so we know what they’re bringing to the table, but taking it up into the Senate chamber where the Republic’s seat of democracy is literally torn to pieces as the two combatants fling pods at one another.  You feel like Yoda has to win, but you know he can’t, and the way he loses, loses his lightsaber, feels like he failed the galaxy, goes a long way to explaining his exile and his fear of the Emperor when Luke goes to face him. 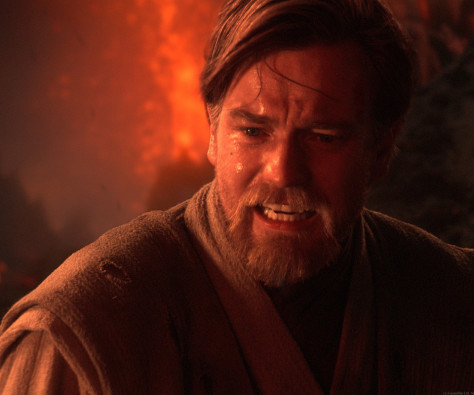 The end of the Mustafar duel is even more heart-rending.  Anakin’s arrogance is finally his undoing and I give Lucas full credit for making this scene as brutal as it needed to be.  The immolation is horrifying, but it had to be.  It had to be something to burn anything left of that child on Tatooine out and leave only the monster within.  McGregor does the best acting in the trilogy hating himself for having cut down his pupil, watching him burn, then thinking him dead leaving with only his lightsaber (and what a pivotal little moment that turned out to be, not just for the Original Trilogy, but what lightsaber do you think Finn’s been waving around in all those previews?).

This is Star Wars at its absolute best.  Any flaws in Episode III are the fault of misused time in the previous two films.  Order 66 still manages to be devastating, but imagine if we’d gotten to know each of the masters shown slain in the earlier films.  This may be my favorite scene from all six films, but when you’re talking Star Wars, that’s a list I don’t even want to make.  This brings our recap of the Prequel Trilogy to a close and we’ll start on the OT next week as we’re only three weeks away from Star Wars Episode VII: The Force Awakens. 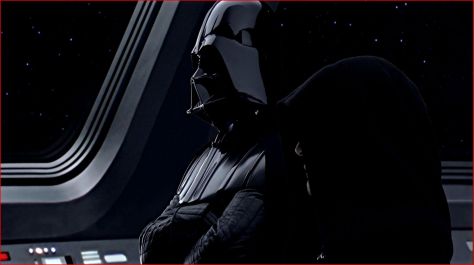