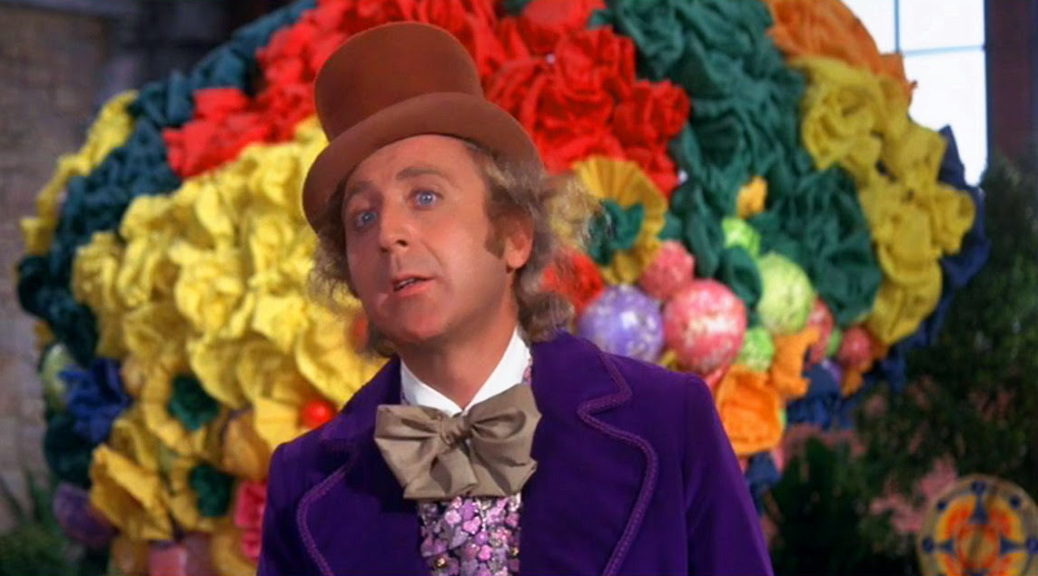 Roald Dahl, the author of Charlie and the Chocolate Factory, absolutely hated the first adaptation of his book (I doubt he’d have liked the second better).  Willy Wonka and the Chocolate Factory certainly departs from Dahl’s novel, but in a rare case of the movie creating its own bit of magic that does nothing to take away from a classic novel.  Why does Willy Wonka work?  What is it about a top-hatted, purple clad reclusive chocolate maker that has captured the minds of children and adults since its release in 1971?  I think the answer is: Gene Wilder, the genius comic actor who passed away yesterday at the age of 83. 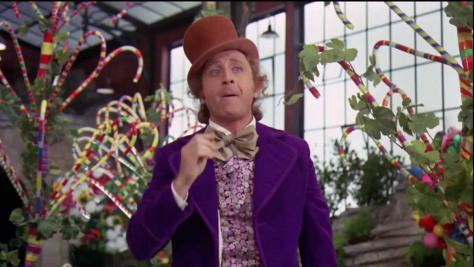 Wilder’s Wonka isn’t cutesy or necessarily even kid-friendly.  He’s probably barking mad, but he’s utterly unlike any other character you’ve ever seen.  He’s an inventor, an eternal child, a burdened old man, and a soul who wandered between reality and imagination effortlessly.  The scene most identified with the film is the beautiful  “Pure Imagination” number that Wonka sings as his unwitting candidates to succeed him explore his Chocolate Room.  It’s a wonderful song, but the whimsy and playfulness with which Wonka explores his own creation during the number shows that he’s still in awe of the magic of the place.  Gene Wilder was a perfect choice to play Wonka.  Wilder had an inherent mischievous streak and his every action promised a storehouse of barely contained madness of the most hysterical order.  Wonka is one of the most nuanced and complex characters ever created for the screen, and that children today still get swept away into his factory ensures that Wilder’s legacy will live on. 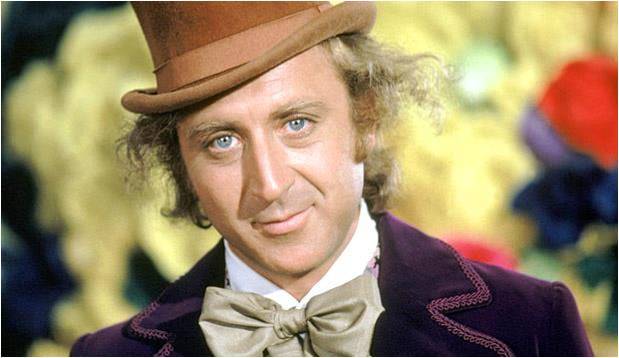 4 thoughts on “My Favorite Scene: Willy Wonka and the Chocolate Factory (1971) “Pure Imagination””