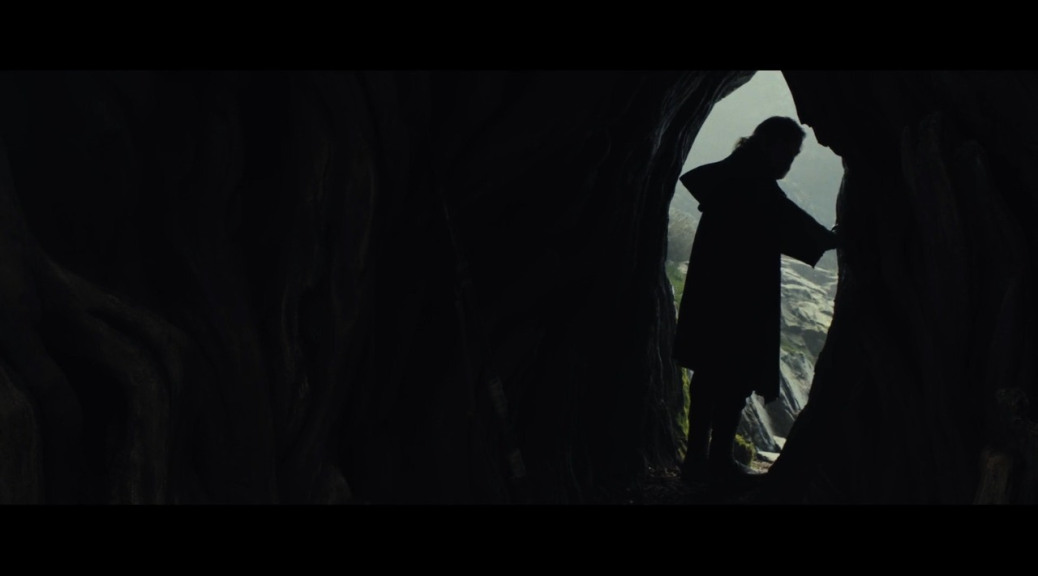 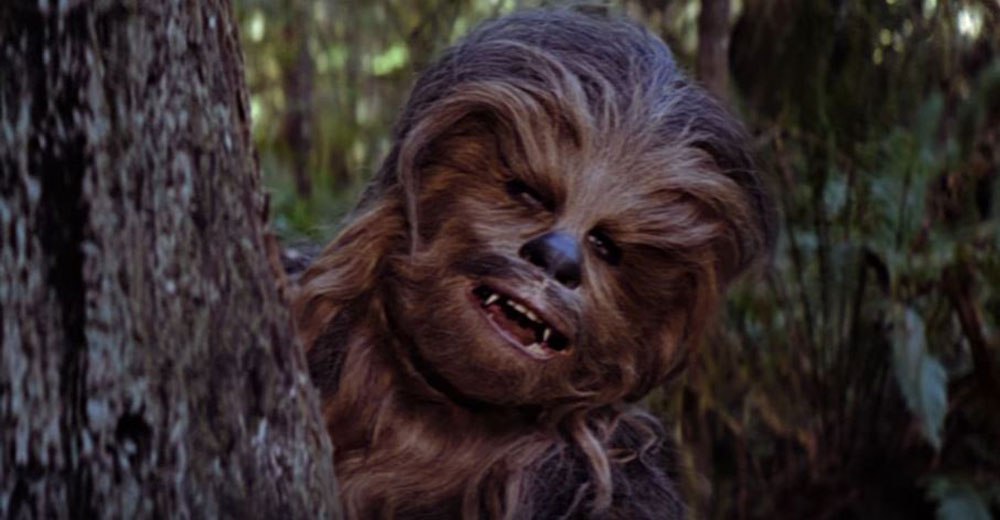 Happy Holidays! Your reward for making it through another year is a trip to a galaxy far, far away from your friends at Disney. That’s been the case with The Force Awakens, Rogue One, and the upcoming The Last Jedi. However, in 2018, Star Wars films will move to the summer. Not only is this a grinchly move by Disney, it’s bad business. Disney already produces so many blockbusters per year that they’re beginning to crash into each other’s earning potential. Both Disney Star Wars films made over a billion dollars. That’s largely because they were revisited during the cinematic doldrums of January and February. Moving Star Wars to summer will pit the films not only against blockbuster competition from other studios, it will stunt the box office potential for Disney franchises typically used to summer dominance (The Marvel Cinematic Universe and Pixar Animation, for example). There are three reasons behind moving Star Wars to summer, and in each reason is a counter-argument for why Disney shouldn’t. 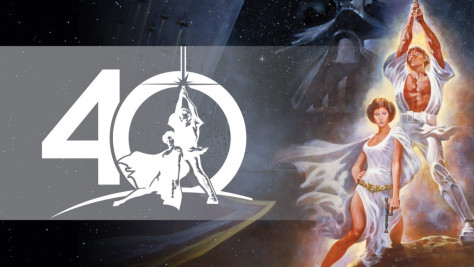 1. Star Wars History
Summer is the traditional home of the Star Wars franchise. Disney has tried to adhere to Star Wars tradition at every turn since taking over stewardship of Lucasfilm. That’s a large part of why they have been able to heal a bitterly fractured fan base stuck in a decade-long fight over the prequel trilogy. All six Star Wars films released by 20th Century Fox were released in May. The Force Awakens, in fact, was originally scheduled to be released in May 2015, before director JJ Abrams decided he needed more time to get the film just right. Rogue One ended up requiring major reshoots during summer 2016, so moving it up was never an option. The Last Jedi was originally scheduled to open this May to coincide with the 40th anniversary of the release of the original Star Wars. It too was pushed back at director Rian Johnson’s request to improve the film. Quality, thus far, has been king in Disney’s reign over the Lucas sandbox, and it’s that quality that has built enormous trust between Disney and Star Wars fans; however, the franchise is very different now from the one that Fox managed.
The original and prequel trilogies were events. Each installment was separated by three years of anticipation, and there were 16 years between the two trilogies. Episode VII had similar build-up with 10 years separating it from the final film in the prequel trilogy, but Rogue One: A Star Wars Story changed the game. Star Wars is now not a saga; it’s a shared universe. The decision by Disney to release a Star Wars film every year, for at least 15 years past 2019’s Episode IX (according to Disney CEO Bob Iger) means that either more episodes past the ninth are coming or a sea of anthology stories will flesh out characters and events. Disney is a marketing machine without peer, but if you want to keep the hype going every year, tying it to another annual event like the holidays is easier than re-establishing the series’ summer roots.
The Last Jedi is scheduled to release December 16, 2017, and the Han Solo anthology film is scheduled to hit theaters May 25, 2018. Episode IX is similarly scheduled for May 24, 2019. In other words, Disney is looking to make Memorial Day weekend Star Wars weekend in the same way that the first weekend in May is held in a death grip by the Marvel Cinematic Universe. Those dates are only three weeks apart, which brings us to the second issue with moving Star Wars back to summer.

2. Disney’s Blockbuster Boom
Disney is not one studio these days; it’s really five. Marvel Studios, Lucasfilm, Walt Disney Animation, Pixar Animation, and Disney Live-Action Films all operate like mini-studios with separate heads (for example, Kathleen Kennedy in the case of Lucasfilm) who report to Bob Iger. Each one of these studios is currently churning out quality blockbusters, some of them (like Marvel) several per year. This has created a scheduling logjam for Disney, which has the unique dilemma of having to try to avoid stepping on the coattails of their own films’ successes. Disney had four $1 billion dollar films in 2016, and they would have had five if The Jungle Book‘s momentum had not slammed into Captain America: Civil War.
Similar scenarios loom ahead when Disney drops Star Wars into Memorial Day weekend. Next May begins Marvel Studios two-part climax to what will end up being a 22-film epic unlike anything ever attempted. The budget for the Avengers: Infinity War films is purported to be $1 billion dollars, and the cast is bulging with nearly every character to participate in the Marvel Cinematic Universe. It has enormous box office potential. Why in the world would Disney want to slow its earning potential after three weeks by releasing another blockbuster that has nearly the same demographic? The same scenario is even more absurd a year later in 2019 as Marvel will release their finale, then three weeks later, Lucasfilm will release what could be the last Star Wars episodic film. This kind of self-inflicted scheduling traffic jam brings us to the final reason not to mess with what has worked very well for Disney.

3. Financial Gain
Both Disney Star Wars films have made over $1 billion internationally and sit at #1 and #7 on the all-time domestic box office chart. The Last Jedi will likely have similar success this holiday season, but no matter the quality of the film, Han Solo won’t come close to the $1 billion mark. Not only will it be contending with the remaining momentum from Avengers: Infinity War, in the three weeks after its release it will face Deadpool 2, the Transformers Bumblebee spin-off, and Disney’s own The Incredibles 2. Will it make money? Yes. Any well-made Star Wars movie is going to make money, but Disney is taking a guaranteed $1 billion dollars a year and throwing it away for reasons that aren’t logically apparent. 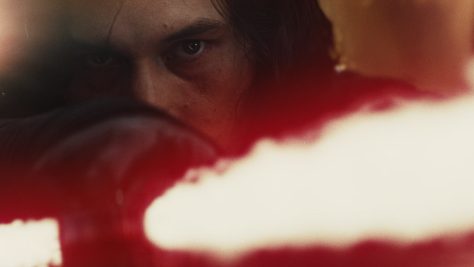 The holiday season is a busy time. For some people, the holidays are a parade of work and social parties. For others, the holidays are something to be survived, a series of harsh reminders of happier times. Whether you are one of the former or the latter, both groups have traditions. Star Wars is so unique in that it appeals to nearly everyone, and the success of Disney’s first two Star Wars films have made it mainstream popular in a way it hasn’t been since the end of the original trilogy in the early 1980s. As opposed to summer, where there is a new blockbuster every week, the holidays are awards season, with studios jamming films out in limited release to qualify them for the Oscars, then gradually widening their release in January. There is nowhere else on the calendar when kids are out of school, and the movie landscape is so primed for a film the entire family can see, and see over and over again for months. These last few years, Star Wars has been a Christmas present not only to all of us who love the universe George Lucas created, but also to Disney itself. Why try to “fix” what clearly isn’t broken?

* This piece was also published by Movie Pilot here.