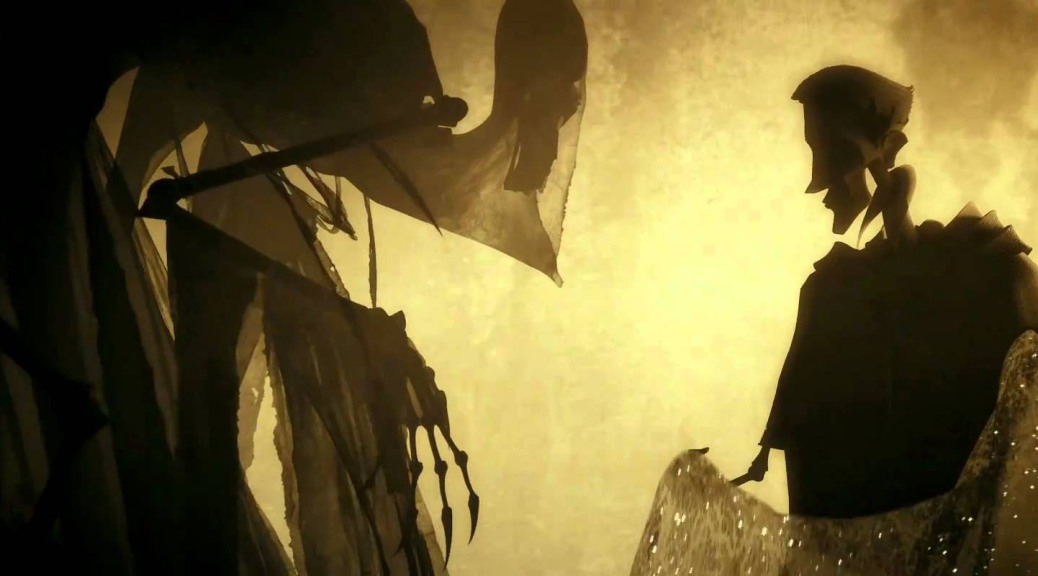 With the triumphant return of The Wizarding World in the wake of Fantastic Beasts and Where to Find Them (the sequel for which is set for a November 2018 release), we’re running back through the Harry Potter series, examining the best of each in one “My Favorite Scene” column a month.  We come at last to the beginning of the end and the seventh film: Harry Potter and the Deathly Hallows Part One.

The seventh and final book in the Harry Potter series is split over two films and, unlike every other adaptation that has tried to milk extra box office cash from extending franchises, this choice is absolutely necessary to give an appropriate adaptation of the finale.  Deathly Hallows picks up on the dark tone from Dumbledore’s death at the end of Half-Blood Prince, and never lets you forget this is life or death; absolute war between Voldemort’s forces and the Wizarding World.  Rather than return to Hogwarts for his final year, Harry decides to continue Dumbledore’s work, uncovering and destroying the Horcruxes that hold the pieces of Voldemort’s soul and give him a form of immortality.  The tone is set from the very opening scene, which ends with one of the most heartbreaking moments of the series: Hermione erasing any memory of her existence from her parents to keep them safe from what she knows is coming.


Deathly Hallows is unlike any of the other movies or novels.  Part one takes place almost entirely out of Hogwarts.  It’s a quest.  First, to find and destroy the Horcruxes, but soon, as they learn in the beautifully told and animated “Tale of the Three Brothers”, to also keep Voldemort from The Deathly Hallows.  The Hallows, which had a quick cameo in the first Fantastic Beasts film, are going to be a large part of that series’ future installments.  They are what obsessed Dumbledore and Grindelwald as young men, and the pursuit of them eventually lead to their falling out and a great deal of tragedy.  The scene in which Luna’s father tells Harry, Ron, and Hermione of the Hallows is an example of the brilliant mini-tales that exist within the Wizarding World.  If you haven’t read her Tale of Beedle the Bard, it’s a similar sort of spellbinding (pun alert) tale. 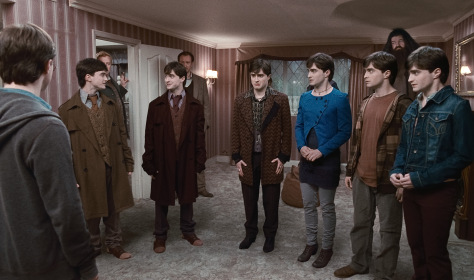 Part One takes our trio all over England, to locations familiar (Godric’s Hollow where Harry’s parents were murdered), deep woods, and dangerous encounters.  Voldemort’s forces are openly attacking both wizards and muggles alike, and the realization that many of our friends made over these last several thousand pages may not survive is hammered home early on, when two beloved characters fall when Harry is moved for his own safety.  An initially comedic scene as the Order of the Phoenix turns into a gaggle of Daniel Radcliffes, turns horribly wrong as the Order is ambushed and not everyone reaches their destination. 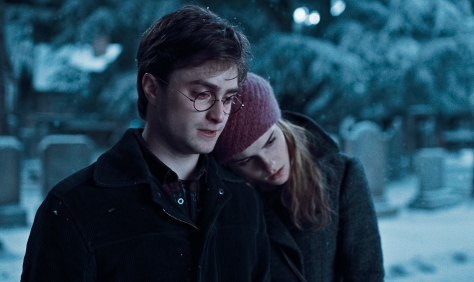 I’m so glad WB split this book and allowed Rowling’s finale to be fully explored.  The kids are truly adults now.  We not only get all of the events (save for Dumbledore’s full origin story, which I wonder if she was saving for Fantastic Beasts even then) of the book’s first half, ending in Dobby, of all characters, making us cry and the dark cliffhanger of Voldemort obtaining The Elder Wand, but several character building moments that aren’t in the book.  There’s a beautiful little scene where Harry dances with Hermione to raise her spirits when Ron’s been split from the group and things are bleak that isn’t in the book, but it works perfectly in the film. 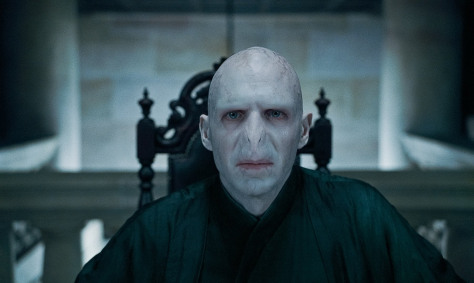 Great Snape 7 of 8
To honor Severus Snape and the late Alan Rickman we, as always, have our Great Snape Moment of the film.  In The Deathly Hallows, most of Snape’s pay-off moments take place in Part Two, but there’s a scene early in the film that both illustrates the horror of Voldemort’s movement, but also shows how alone Severus is now.  With Dumbledore dead, no one knows he’s working for the Order undercover and he’s forced to sit through this ghastly display of Voldemort’s contempt for both his enemies and his own followers.


We’ll finish our journey thought the series next month with the eighth and final film: Harry Potter and the Deathly Hallows Part Two (to read Sorcerer’s Stone click here , Chamber of Secrets click here; Prisoner of Azkaban here; The Goblet of Fire here; and The Order of the Phoenix here; and The Half-Blood Prince here if you want to catch up). 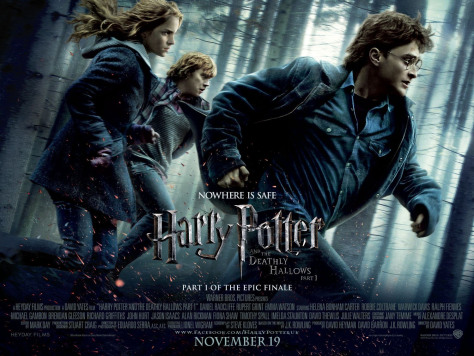 5 thoughts on “My Favorite Scene: Harry Potter and the Deathly Hallows Pt. 1 (2010) “The Three Brothers””