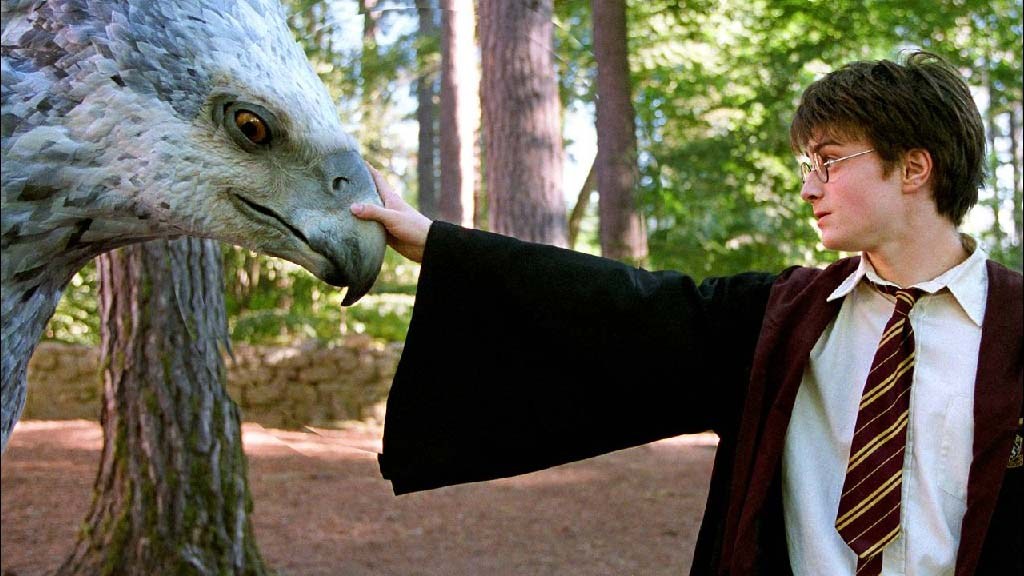 With the return of The Wizarding World in the wake of Fantastic Beasts and Where to Find Them (which just passed $600 million globally), we’re running back through the Harry Potter series, examining the best of each in one “My Favorite Scene” column a month.  This month we come to the third film: Harry Potter and the Prisoner of Azkaban. 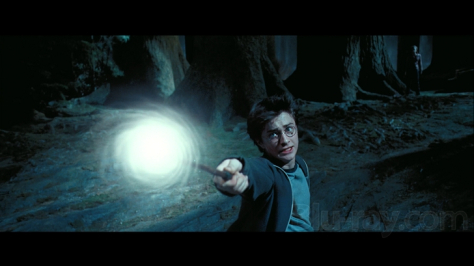 The third film in the Harry Potter saga is where things really take off, and the film adaptation is my favorite in the series (an opinion shared by KT readers who voted it the Best Potter film; click here to see the poll results). Azkaban takes a dark turn from what had been an enjoyable, but definitely all-ages YA adventure, and set the series on the course of an epic fantasy series proper. For the three main leads, this was the film where they were asked to shoulder the load of the acting and the difference between the quality of their performances between films two and three is remarkable. The adjustment, I think can attributed to a large amount of growing up that the three were forced to do.  They had to deal with the death of Richard Harris and the departure of Chris Columbus, the director who had ushered them into the Wizarding World.  New Dumbledore; new director in Alfonso Cuaron; new cast additions in Gary Oldman, David Thewlis, and Emma Thompson; and a new tone to the films as the scripts from this point get infinitely more complex and darker in tone. It’s a contrast to the overall film then, that my favorite scene from Azkaban is pure joy.

The Potter series gets very dark at times, but even in the darkest of books there are moments of (not to put it too cutely) magic that leap off the page.  The first two films felt very slavish to the books.  They weren’t films on their own.  What Cuaron did was to take the book and adapt it in a way that stayed very true to the book’s complex narrative, but in a way that it felt like its own interpretation.  With the growing size of the books, this was going to be the case as Steve Kloves took over script adapting duties for the rest of the series.  My favorite scene in this film is my favorite in the whole series, because it’s a moment of pure joy in which you can’t help but smile.

During one of Hagrid’s Care of Magical Creatures classes, he introduces the class to Buckbeak: a hippogriff (I won’t take the time to explain what they look like as you’ve probably already watched the clip).  The hippogriffs are notoriously temperamental, but Buckbeak not only allows Harry to pet him, but takes him on a soaring ride around the Hogwarts grounds.  Harry, who is having to deal with the events leading up to his parent’s murder in this film, allows all of that to slough off of him and as Buckbeak skims the surface of the lake, Harry just throws back his arms and screams in the perfect moment, scored to perfection by John Williams. 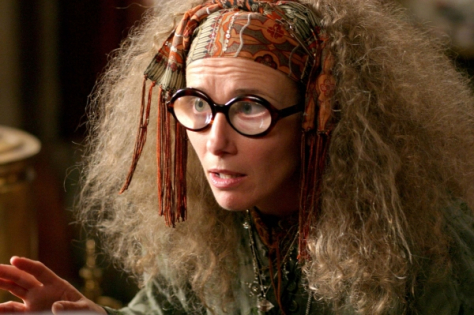 This would be, unfortunately, the last of the films scored by Williams (and in my opinion his last masterpiece until Star Wars Episode VII), and the music for the series took a significant nosedive in quality until Alexandre Desplat came along to do justice to two parts of The Deathly Hallows.  I so wish he’d been able to stay with the series and lend it the kind of opus quality he’s given to Star Wars.

I mentioned the kids do a great job acting in the film; and they really do.  Cuaron encouraged them to find their character’s personalities, and one subtle but noticeable way he does this is by ditching the school robes.  You see them occasionally, but the kids in their own clothes in full adolescent growth spurt, really do separate themselves from the cookie-cutter feeling of the first two films.  It’s immense fun just to try to identify which film it is by looking at their hair.  Harry’s goes to nearly a mane before being tamed down for the end of the series. 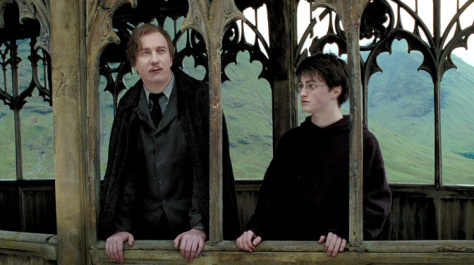 There’s so many great moments in this film.  My second favorite moment in the film is the quiet scene on the bridge between David Thewlis’ Remus Lupin and Harry talking about what it was like for his parents and their friends at school, and then there’s the great advent of Gary Oldman as Sirius Black, Harry’s godfather, into the series.  For that matter, you couldn’t go wrong picking Professor Trewlaney’s (Emma Thompson) first Divination course in which it’s clear she’s a (near) total fraud and how mental it makes Hermione.  There’s a shot of Harry in the clock tower that’s so gorgeous, that you just knew then that Cuaron (who was already a rising talent pre-Gravity) was bound for greatness, and it’s also a shame we only got one film out of him in the series.

Great Snape 3 of 8
To honor Severus Snape and the late Alan Rickman we, as always, must have our Great Snape Moment of the film.  Never a one to shun a dramatic entrance, especially into his classroom, I love Rickman’s window slamming entrance into his potions classroom; though most would pick the showdown in the Shrieking Shack, this moment opened the trailer for the film (one of the best ever made), and this was the first Potter film I saw in the theater so it has sentimental value for me.  We’ll continue our journey thought the series next month with the fourth film: Harry Potter and the Goblet of Fire (to read Sorcerer’s Stone click here and Chamber of Secrets click here; if you want to catch up). 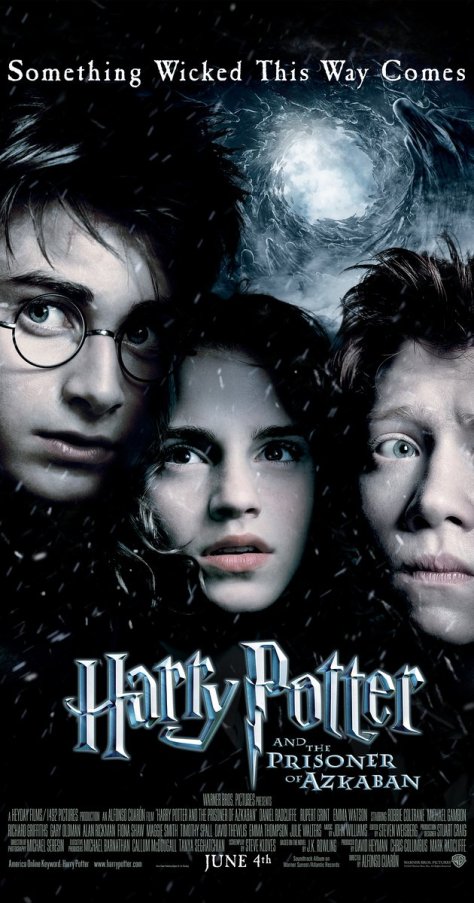 8 thoughts on “My Favorite Scene: Harry Potter and the Prisoner of Azkaban (2004) “Buckbeak Takes Flight”