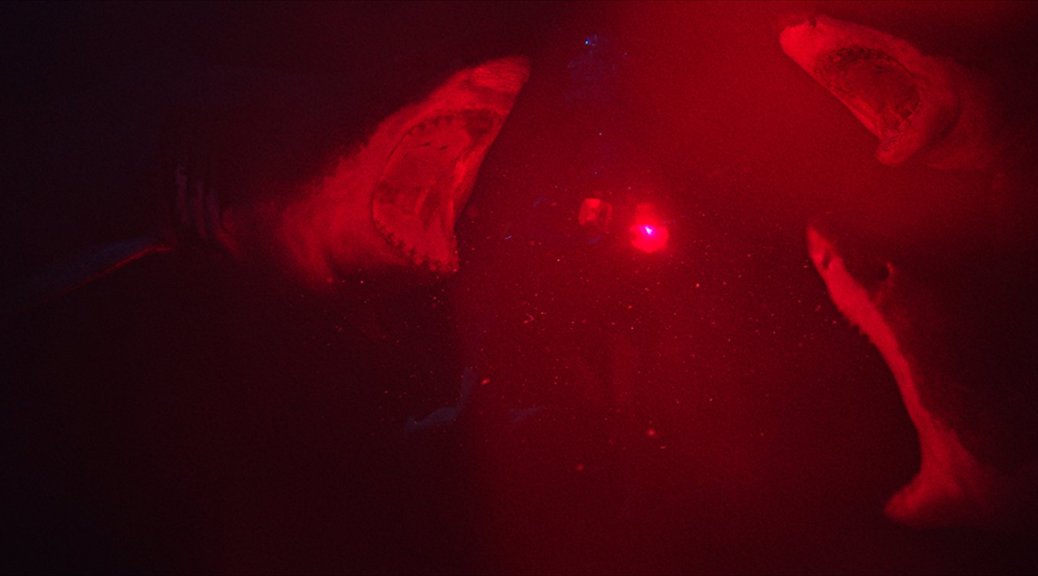 I love a good bad movie.  There’s a sweet spot of bad in a movie, and this has to happen at home (not in the theater) where you begin to sync with the awfulness of a film and it ends up being an enjoyable campy experience.  That is 100% the reason I watched 47 Meters Down, but unfortunately the film is a little too good to be a good bad movie and not good enough to be just a flat-out good movie.  But Mandy Moore does cage-fight great white sharks!

Still not enough to stop them from getting in the water

Two sisters (Claire Holt and Mandy Moore) vacationing in Mexico are trapped in a shark cage at the bottom of the ocean. With less than an hour of oxygen left and great white sharks circling nearby, they must fight to survive.

So two sisters in Mexico on vacay (Mandana is having man troubles) get an offer from two sketchy guys they met in a bar to go diving in a cage in shark-infested waters where said sketchy guys will then chum the water to attract great white sharks.  Not even Mexico vacation level drunk makes that not sound like the worst idea ever.  It’s dumb on a level of the people in this theater commercial which I’m sticking in because they only play it at Halloween and it’s comparable to the judgment shown by the sisters in this film.

So, whaddya know?  The cable holding the cage snaps and, instead of a leisurely five meters of depth between the surface, and the shark-infested waters into which the cage is submerged, there are now 47.  This film is only 88 minutes, and it’s a little long even at that.  The whole premise is so thin that stretching it to get them to the point when they’re in their dilemma makes the first third of the film eye-rollingly awful (though very nicely shot both then and during the underwater sequences).

It turns out that Mandy Moore, who I do actually love because of This is Us and her stellar work on it, is not the accomplished shark cage fighter that I thought her to be.  In fact, her character spends most of the film freaking out to a degree that even in the conditions they’re in, seems excessive.  If her sister wasn’t there to calm her down, she’d have burned through her oxygen before the sharks even found them. 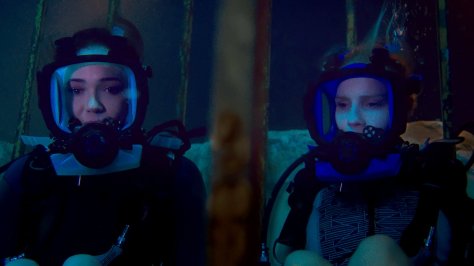 The rest of the film chronicles the sisters desperate efforts to contact the boat above (even in Mexico someone is going to jail for negligence on that crew), conserve their air, and fend off attacks from the great white sharks that they are now helpfully self-chumming.  Here’s the thing: if you stick with 47 Meters Down, the last third of the film is clever.  So clever, in fact, that when I realized what they were doing, I had to give some props to the writers for taking this ridiculous movie and infecting some intelligence into it.

Mandy Moore in films probably has as many single-digit Rotten Tomatoes scores (aside from this film and Tangled) as any actress working, which is why she needs to never leave This is Us.  There is NO reason to see this film unless the premise makes you start to giggle and you want in on it for the reasons I did.  If you do, though, you’ll get a reward at the end for enduring the paper-thin characters and general absurdity.  It’s not enough to make it a good movie, but there have certainly been a lot worse this year (that’s not a compliment to the film, it’s a 2017 lament). 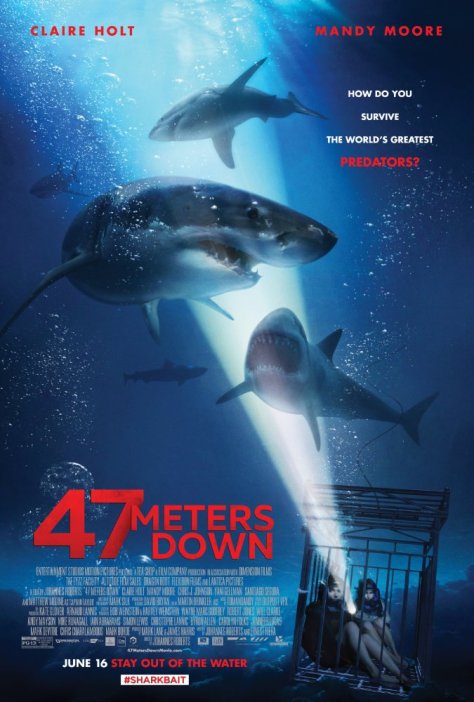