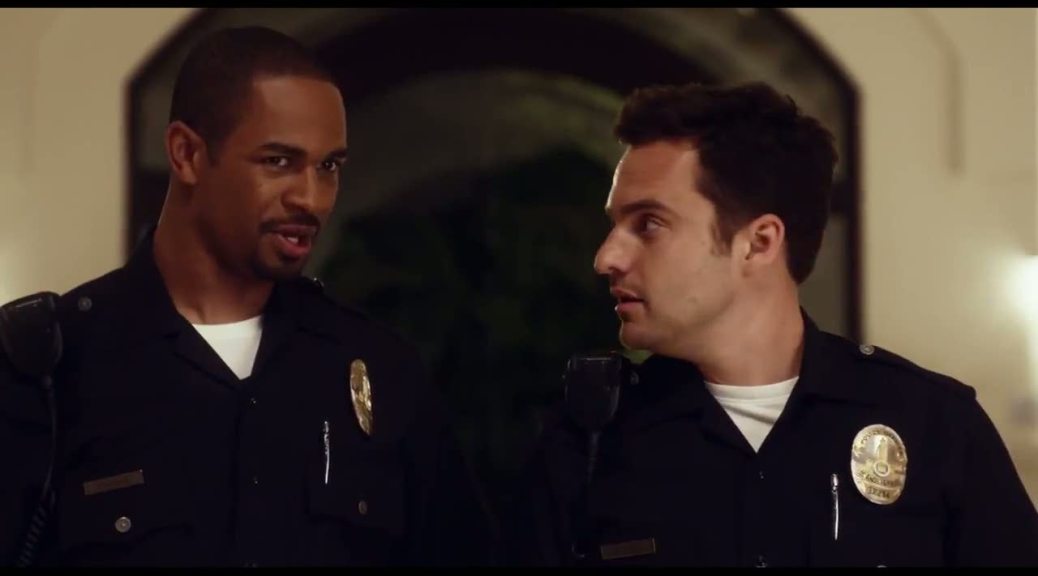 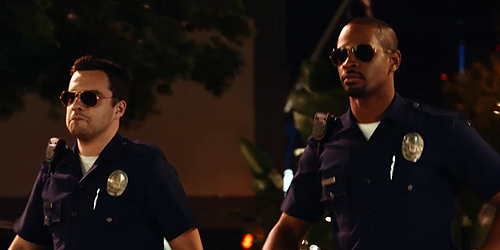 Last night I attended an advanced screening for Let’s Be Cops, which will open nationwide August 13th.  Advanced screenings are always a little weird.  There’s no trailers.  Someone from the studio is always there to remind you that during the entire movie police officers wearing night vision goggles will be making sure that you aren’t YouTubing their film.  Then, afterward, there’s always someone asking what you thought (because they could totally change it at this point).  I sped past the opinion taker on the way out because my feedback for Let’s Be Cops was, “you’ve made a decent rental”. 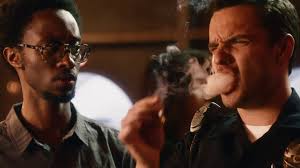 That’s not a slam on the film. Comedy is so much harder than any other genre to get universally right and, as such, I rarely go and see any in the theaters because they tend to be home runs or strike outs. Let’s Be Cops is by no means a home run, but it has its moments so continuing in the baseball metaphor I’ve trapped myself into, it’s a double.

Jake Johnson and Damon Wayans Jr. play best friends who have moved to LA to “make it” before they turn 30, and now several years later they are extremely 30 and definitely not living their dreams. Johnson spends most of his time playing football with little kids and Wayans is a video game designer at a company where he’s more of a note taker than a game maker. It’s from his failed police game pitch, that the costumes come into play. Worn by the two to a “costume party” (not a costume party), they soon discover the perks and power of pretending to be cops. That escalates quickly as Johnson, having nothing better to do, latches on to the role, buying an old police car and making it VERY functional with the help of Kinko’s and eBay. Isn’t this all illegal? Absolutely. Do not do this. One of the best scenes in the movie is Wayans’ character Googling “Impersonating a police officer” and adding up just how much jail time they’re facing from their exploits. 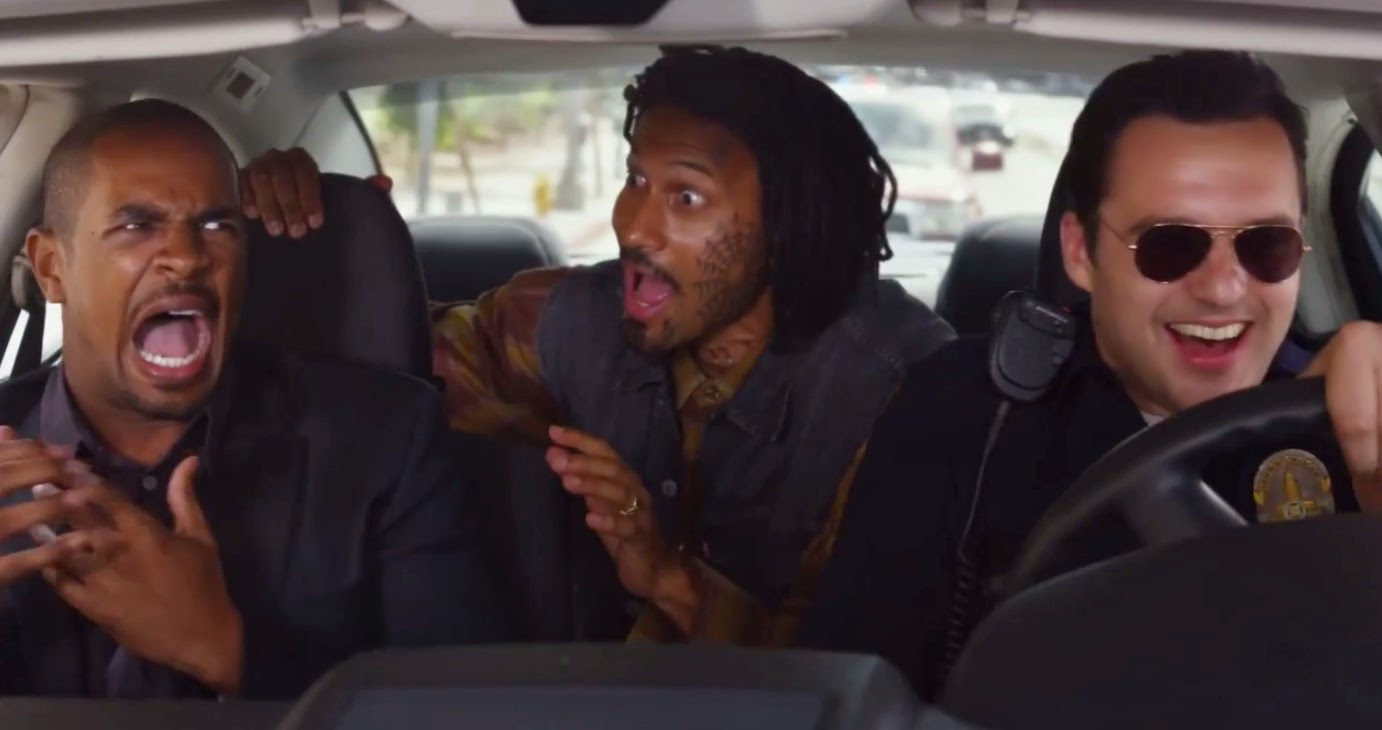 The two, after exhausting the perk power of wearing the uniforms, accidentally stumble on an actual crime ring and are drawn into an investigation. By “drawn into” I mean “Johnson drags Wayans kicking and screaming into” until they find themselves way over their heads. If you watch New Girl on FOX, you’re familiar with both Johnson and Wayans and the more you like that show and the two of them, the better your chances are of liking this film. I think Johnson is better in measured doses and Wayans is a much better comedic actor. Johnson has limited range and after about an hour or so of his 100% ON MODE, you really begin to tire of it. Keegan Michael Key nearly steals this movie as the duo’s “informant/hostage” and kicks the movie back into gear when the initial schtick starts to run dry. 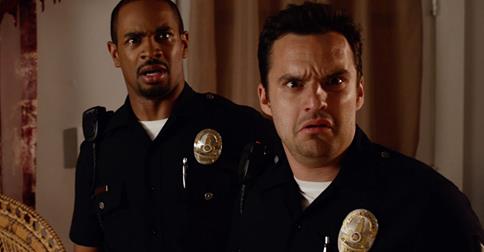 This film has a lot of smile moments, a few really good gags and generally milks about as much as you could from the premise of pretending to be police officers. It’s not spectacular and it drags in spots, but like I would have told the studio rep, I look forward to seeing it in my Netflix recommendations forever in about six months.
6.0/10