It’s good to be back at the movies! I think the drought between Mission: Impossible 5 and The Maze Runner: The Scorch Trials is the longest I’ve been kept out of a movie theater by total lack of interest in seven or eight years.  The Maze Runner was my “Most Underrated Film of 2014” and, having kept myself from reading James Dashner’s books, I went into this one with high hopes and an eagerness to learn what happens to the Gladers next.  Does The Scorch Trials live up to the first film? No.  Is it reason enough to go back to the theater? Absolutely.

Make no mistake, this is the middle chapter of a trilogy and it has no patience for anyone who hasn’t seen The Maze Runner, so you absolutely need to see the first film to have any appreciation for The Scorch Trials.  The Maze Runner had a very focused, very linear plot that exploded into a larger world at the end of the film when the few survivors left the maze.  The Scorch Trials pick up exactly where TMR left off and rarely stops running all the way to the finish.

The Gladers find themselves in a safe haven that quickly proves to be a false front and they find themselves navigating the maze that is the blasted, apocalyptic landscape called The Scorch.  Since TMR kept overall plot details very close to the chest before giving you just a peek at the end, Scorch is saddled with having to do a lot of exposition.  To its credit, it does this on the move, developing the characters an adding a talented host of newcomers (Aiden Gillen, Giancarlo Esposito, Barry Pepper, Nathalie Emmanuel, Alan Tudyk, Lili Taylor and more) to the group.  Things are not as we assumed, and before the film’s end, you’ll have a much greater understanding of the overall stakes.

The journey to that end is as brutal as the maze was, and I mean that as high praise to the writers.  Moreso than any YA adaptation to film, even Harry Potter, The Maze Runner keeps the brutality of the books and is ruthless with its characters.  It’s not quite the charnel fest of greavers eating ten-year-olds that TMR was, but this trial is every bit the gauntlet of the first film.

That being said, the overall plot of the films make TMR a much superior film.  It’s not that Scorch is bad, it’s just that it’s story is very much one of expanding the world and setting the stage for the final film in the trilogy (The Death Cure, which is currently slated for 2017….ugh two years?).  If the film and the plot can be criticized for anything, it’s that the plague that has decimated this world – The Flare Virus – is pretty much indistinguishable from zombies.  Basically, you get infected an turn into a World War Z/Left for Dead speed zombie.  They’re not terribly imaginative and the CGI on some of them is a little shoddy.  If they were the focus of the film, that would be a huge problem, but they’re more of a hazard and an ultimate consequence of this virus than they are an antagonist.

Patricia Clarkson and the good folks at WCKD are the true enemy, and by the film’s end, you genuinely want to take the fight to them.  They do an excellent job of being thoroughly loathsome.  I hate that we have to wait two years to find out how everything turns out.  That, though, is a much better place to be when you’re walking out of a film than shaking your head over two hours lost.  Get back out to the theater, folks.  There’s promising stuff almost every week from now until Christmas!
7.25/10 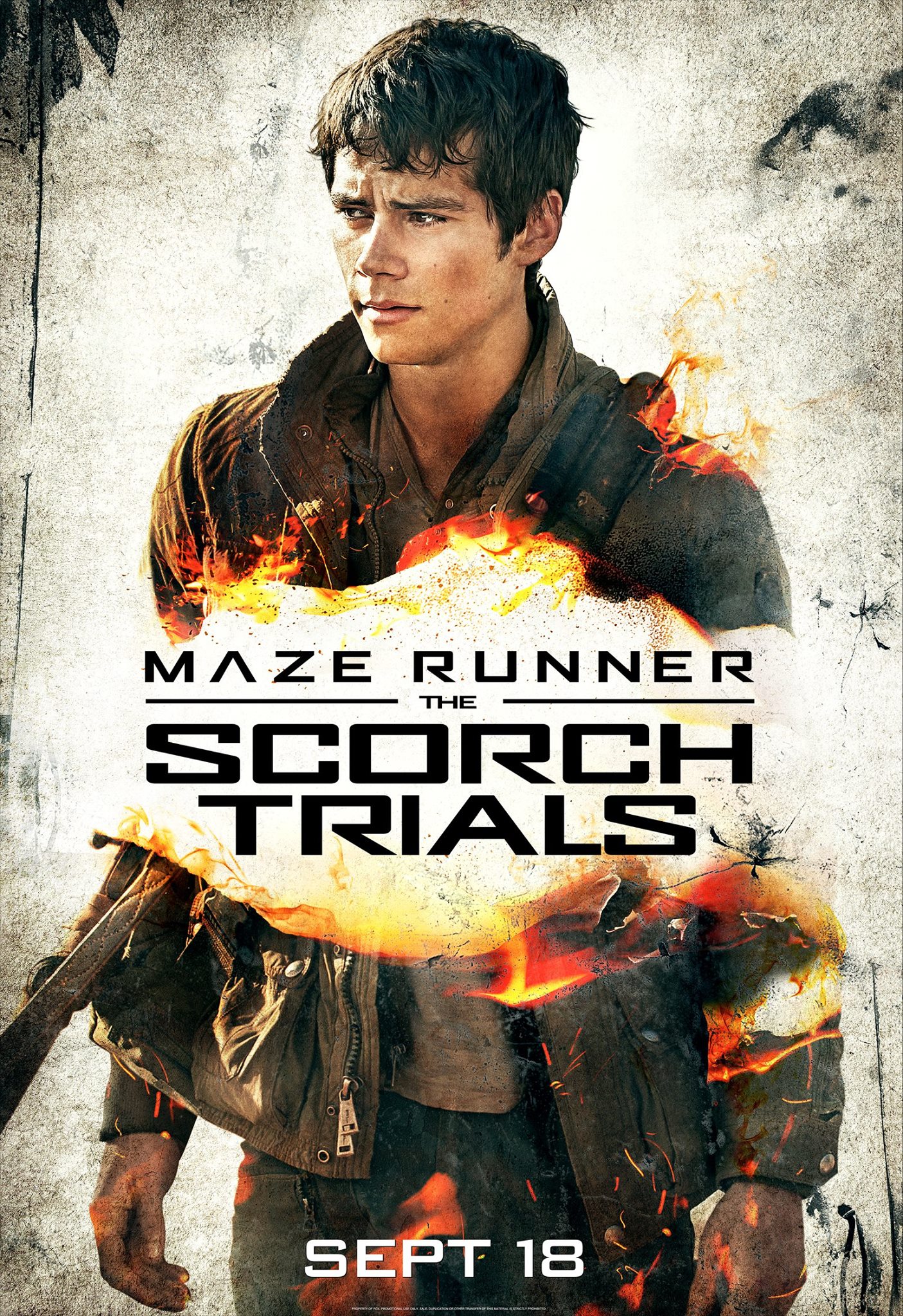