Netflix has released part two of their megatrailer for season two of Daredevil, and I’ve included the first part so you can watch the entire epic unfold.  Whereas the first trailer was Punisher-centric with Jon Bernthal, part two is Elektra-centric featuring Elodie Yung’s take on the assassin and offering an overall look at where season two may be taking us.

It seems that the Yakuza, which figured into season one, are-in fact-The Hand, as they were hinted to be.  They look like the season’s ultimate Big Bad, which explains Elektra’s presence and the return of Stick (Scott Glenn) and perhaps others from his order.  The Punisher looks like he’ll be a fly in the ointment the whole season, and Team DD seems to be developing some friction.  I mean, they didn’t really sign up for a full on ninja war.  But, holy cow, how much fun is it going to be to binge watch this next installment in the dark corners of the MCU when Netflix puts season two up on March 18th?  Answer: a lot more fun than waiting in line for Batman vs. Superman that day. 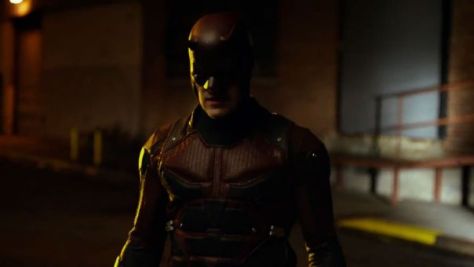