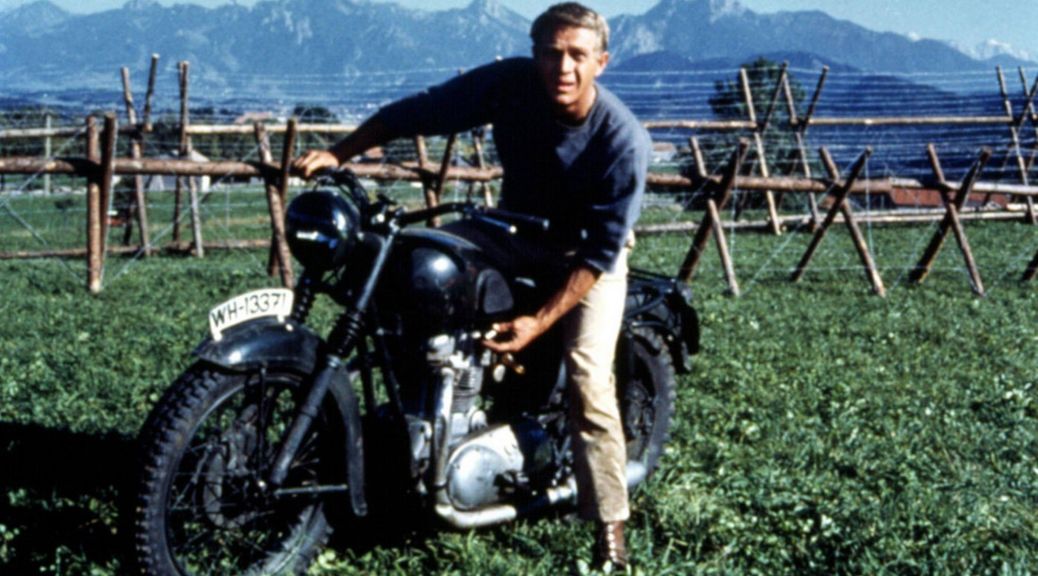 The Great Escape is both one of the best war films and prison films ever made, and remains the standard for a prison break movie 55 years after its release.  With an amazing ensemble with legends like James Coburn, James Garner, Richard Attenborough, and Charles Bronson, this is still Steve McQueen’s movie.  McQueen had a relatively short career for the impact he left, and it’s a testament to how iconic an embodiment of the “man’s man” that he was that his films still hold up today.  There are so many great scenes in The Great Escape (I nearly went with the McQueen holed up in the cooler with his baseball, because it’s pretty much how I view office jobs), but the film’s most memorable sequence is McQueen’s attempt to motorcycle his way to freedom.


The mad dash for the German border is an amazing sequence, made all the more amazing by the fact that McQueen did every bit of the riding himself except the jump at the end (only because the studio wouldn’t let him).  McQueen even plays his own German pursuers because it became clear to the actor, who was such a problem on the set that he quit at one point only to be talked back by co-stars Garner and Coburn, that no one they’d hired was capable of keeping up with him on a bike.  Director John Sturges went through six drafts of the script, 11 rewrites, and began shooting without a finished script, but, in the end, produced a classic.

Star Donald Pleasance actually HAD been a WWII POW, and tried to put in his two cents that not everyone in the camps was always stoically brave or upbeat, but his suggestions fell on deaf ears.  Likewise, the role of a scrounger for the group that James Garner plays is identical to the one he played for his company when he served in The Korean War.

2 thoughts on “My Favorite Scene: The Great Escape (1963) “Motorcycle Escape””